Introduction to Emma-Marie Smith, Author of 'Verbal Abuse in Relationships' 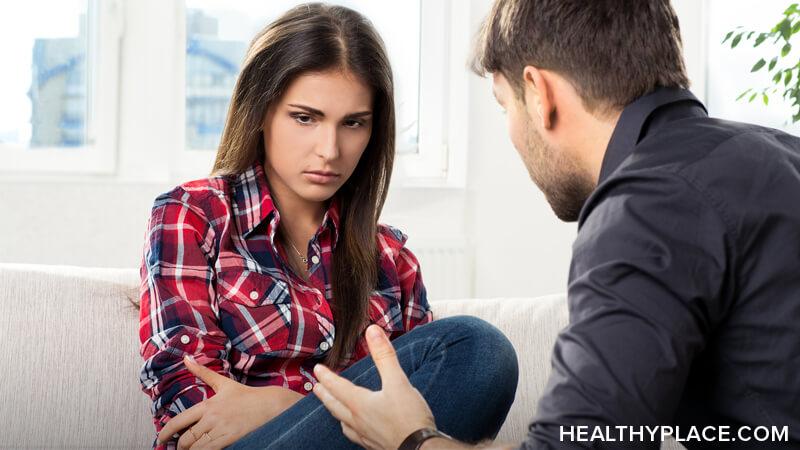 I’m Emma-Marie Smith, and I’m proud to be joining the Verbal Abuse in Relationships blog here at HealthyPlace. A few years ago, I met a man who was charming, intelligent, and good looking. My family liked him, my friends liked him, and he did all the things a good boyfriend does. He bought me flowers, left love notes under my pillow, and was always proud to introduce me to his friends and colleagues — but that wasn’t the whole story. The verbal abuse began weeks into our relationship and lasted for almost two years.

At first, it was small things that provoked him to verbal abuse, like the way I twisted the toothpaste tube or slammed a door too hard. But before long, everything became shadowed by his criticism: the way I looked, how I spent my money, or the way I held a knife and fork. He validated all my insecurities and took responsibility for my successes, claiming I would be nothing without his support. When the relationship ended, I sat on the kitchen floor and considered taking my own life, as I truly believed I was worthless without his approval.

Luckily, that wasn’t the end of my story, and with the support of loved ones and regular therapy, I began to see him for what he was: insecure and scared of losing control. In turn, I learned that the abuse was never really about me, but that I had played a part in its destructive cycle.

Life After a Verbally Abusive Relationship 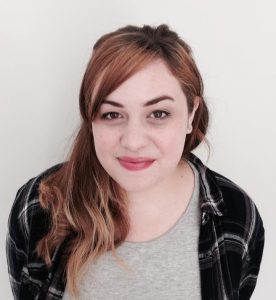 I now share a cozy home in Bath, the United Kingdom with my fiancé and our two-year-old son and will graduate next year with a degree in Creative Writing and English Literature. Having struggled with depression and anxiety since I was a child, life isn’t always easy, but I no longer feel that I am living in someone’s shadow. The idea that there are others trapped in that abusive cycle, or trying to overcome the trauma of past abuse, is what encourages me to share my own story of verbal abuse in my relationship. With this blog, I aim to offer those people a safe place to share their experiences and assure them that a life free from verbal abuse is possible.

This video shows more about me and where I want to take the "Verbal Abuse in Relationships" blog.

How To Recover From Emotional Trauma of Domestic Abuse
The Difference Between Arguments and Verbal Abuse
Edward Campbell
August, 16 2017 at 1:28 am

It's a pity you don't have a donate button! I'd without a doubt donate to this fantastic blog! I guess for now i'll settle for bookmarking and adding your RSS feed to my Google account I look forward to brand new updates and will share this blog with my Facebook group Talk soon!

Hello, and thank you so much for this comment. Please do share with your group -- you can add me on Facebook too. I post on here three times a month and am always open to suggestions regarding the topic of my posts. If there's anything you'd like to see, let me know.
Emma x

Hi there- I literally feel sick- I've been married for almost 20 years to someone who I think is verbally abusive. He has made me to take jobs I don't want because they pay a lot and then he controls all the money. Anything I want is stupid and too expensive. I've never gone on a girl's weekend getaway because he always tells me we have no money, so I feel guilty spending anything. He refuses to discuss anything. It's his way or the highway. I have tried to please him - making a really salary, making dinner every night even when I've worked all day, taking care of our daughter so he doesn't have to deal with arrangements for her. I finally have had some time off and working a part-time job that is good and might lead to full time - but it's not enough money for him. I manage a rental property we own, waiting for repairman, dealing with gardeners etc. This means time away from my part time job. I'm also the one who gets our 10 year old to her activities, takes her to birthday parties etc. I told him it isn't worth it for me to get a high paying job because he just takes all my money anyway. He makes waaaaaay more than I do. He tells me great I can have my money, but I have to pay 1/2 of everything. I can't do that. He told me the other day that I'm worthless and disgusting. Now he won't even talk to me. I'm really distraught. I can't leave because I have no where to go and I have my daughter and pets. It will also be called domicile abandonment and I could lose any interest in the house. I don't know why I care so much what he thinks of me. No matter what I do it isn't good enough for him.

Hi Christine,
I'm sorry to hear about your situation. It does sound like your husband is perpertrating both verbal and financial abuse. Please remember that you are not to blame for the way he acts. Relationships are meant to be about mutual respect and communication, and it doesn't sound like there is a lot of that going on here.
These situations are never simple, particularly when children are involved, but often things become clearer once we're able to get some distance. Could you arrange for you and your daughter to go and stay with family for a couple of weeks so you can explore your options? I know you feel trapped, but there are people out there who can help you should you decide to leave.
It sounds to me like you are the very opposite of worthless. You sound like a great mother and someone who takes a lot of pride in your work and responsibilities. You care because you are his wife, and that's the sort of person you are. Caring is what makes this kind of abuse so painful. Your husband is supposed to love and respect you and his child more than anyone in his life. You love him -- yet he causes you so much pain. Sadly, no matter what you do he is unlikely to change. It's also worth bearing in mind that emotional abuse is the earliest indicators of physical abuse in a relationship. Just because it hasn't happened yet, doesn't mean it won't.
The domestic abuse hotline on our mental health resources page might be helpful should you decide to reach out. It might be a good idea to seek some legal advice regarding your living arrangements. In the meantime, keep a log of his verbal abuse in case you ever need to prove it in court.
Good luck, and remember you're not alone in this xxx

Abusive men always have a sense of entitlement and a feeling that you owe them when you clearly dont. He knows that you are feeling stuck and he is taking advantage of you. You need to get some legal advice so that you know what your rights are. You do not have to let another person use and abuse you.

hi Laura well my best friends sister was dating this guy like 5 yrs ago she lived with him for a couple of years with her daughter Lexi this guy use to tie her 8 yr old daughter to a chair as a punishment for waking him up in the morning i don’t know why but she got back with him in march and 2 months later married him shes very sick with crohns disease and a lot of other things we think hes trying to steal all her money he did it before he stole her credit cards and maxed them out buying apple products this guy has a big house and 3 mercedes but takes all of her money he gave her some BS story that hes some prince.from the middle east we found out thats a lie we were told he is now trying to get paid by the government to be her caregiver and collect Ihss money on her also just found out he has an insurance policy out on her so when she dies he can collect.
We have reported him to the police adult protective services and child protective services because he came to hemet where we live and tried to take lexi who is now 12 back to live with him again since he just married her mom now he thinks he owns both of them shes very afraid of him when he came he almost an us over then another time he kicked my car and was trying pull lexi in his car what can we do?
thank you for any help
scared for my friends

Hi Susan,
I'm sorry to hear that your friend is going through that, you must be very worried for her. Where does she live? In the UK, if you are worried for the safety of a child you can report it here If you live in the States, you can call the ChildHelp hotline.
It may be difficult for your friend to see her partner's behavior for what it is, especially if he is controlling and coercing her. However, the emotional and financial abuse you have described is illegal here in the UK, whether or not there is also a threat of physical violence. Perhaps you could encourage her to contact Women's Aid, or offer to get in touch with them on her behalf? Know that leaving her partner is not an easy thing for her to consider. He may have made her feel as though she is completely dependent on him, or she might be scared for her safety and the safety of her daughter if she leaves. It might help you to read this article about loving somebody who is being abused.
Any kind of domestic abuse should be taken seriously by the police -- especially if a child is involved -- so I'm disheartened to hear about your experience. I appreciate that you want to help your friend but you can't force her to leave her abusive partner. However, you can make her aware of the options out there and report any concerns you have for her child.
Good luck.
Emma x

I'd like to start by saying well done. It takes guts, a lot of time and energy to get yourself out of a relationship like that. To learn to self heal and pick up the pieces again is not easy and yet the experience is still something you have to live with everyday! Having been through a similar relationship in my past (also including financial, mental and physical abuse) I am amazed and so happy with what you have gone on to achieve and hope you are happy.

Hi Laura,
Thank you so much for your comment. It's taken me a while to speak out about it, and I wasn't sure I should, but my gut feeling is that many others will have been through something similar to you and I, and might appreciate me sharing my story. Sorry to hear about your experience, it sounds like you've been through a lot and have had to be really strong. I hope you're on the path to finding happiness now :)