How to Deal With Abuse in Relationships

I lived with an abusive man for 18 years, but truthfully, I didn't understand (or want to acknowledge) that he was abusive for 17 of them. I finally realized what was happening to me a bit more than a year before I left. During that year, I faithfully believed that he would also realize how his behaviors were affecting his family. I thought if I could somehow break through the illusion then he would see, and, more than that, he would want to change.

I failed in my efforts to change him, and that is how it is supposed to be. However, in my control-seeking quest to change my life by changing him, something remarkable happened. I changed my self. In the process, I kept track of what worked and didn't work for me. Perhaps you can identify with both my mistakes and successes.

My first counselor was all about safety plans and getting me out of the house before my husband returned from deployment. But I told the counselor I wasn't ready to leave, that I wanted to give my husband a chance to respond and work on his part of the problem. After that, it was if the counselor didn't know what to do with me. He wanted to begin family counseling after the deployment, but I knew how that would go. My husband would put on a great front to the therapist, call him to report between sessions, and twist the dynamic until I appeared to be a lunatic. He'd done it before.

Name the Abuse Out Loud In Real Time

Armed with one of Patricia Evans' books, I memorized her list of types of abuse and wrote down how I experienced them in my relationship. When my husband would say something abusive, I'd say, "I feel as if you are attempting to diminish me" to which he would respond angrily and escalate in volume and action. Then I would say, "That is verbal abuse!" which would really tick him off (because he was not abusing, just telling me what was going on "in his own way"). I would turn to leave and he would follow; I would close the bedroom door and there would be a loud exchange of "Expletive come out here and expletive expletive expletive" to my"That's verbal abuse, too!" through the door.

Not productive, people. Not at all.

However, naming the type of abuse IN MY HEAD while it was going on helped immensely. It was kind of like looking at flash cards and deciding the answer. Plus, focusing on the definition of what he was trying to do kept me emotionally detached from the verbiage. I would still walk away, I just didn't tell him why. This was unsatisfactory to me because I felt like I wasn't sticking up for myself. That is about the time I discovered... 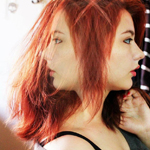 Stating Boundaries And Acting On Them

Can you believe that, at 38 years of age, I had no idea what personal boundaries really were? I knew that people needed their personal space (physical boundaries), but I didn't realize we are entitled to claim our emotional and mental space too. Defining my personal boundaries exercised my ability to recognize abuse as it occurred and to offer a proper response backed by an action that I could complete. It doesn't help to set a boundary with a result that you cannot carry through (i.e. "If I continue to hear you call me bad names, I'll call the police" - don't give that ultimatum unless you're willing to call the cops).

Boundaries are good. They helped me regain my integrity - very empowering after trying to be "his wife" instead of "myself" for so long.

Observe But Don't Participate (aka Detach)

I tried detaching from him when he went on an abusive kick. Observing his behavior like one may observe a lab rat is tiresome. Nevertheless, after realizing how often I must detach from him left me wondering "Why am I married to someone who I cannot connect with?" and that was a great question to ask myself. Marriage is about partnership, but if I couldn't count on my partner to be there for me and I was too afraid to be there for him (for fear of his outbursts), then what kind of marriage did I have?

Detachment is a great short-term plan, but I'm uncertain I could have maintained it forever.

Insist He Talk to His Chaplain (or therapist, counselor, etc.)

Nope. Doesn't work. He said he didn't know what to talk to her about. He went once.

Reach Out to Others

When I reached out for assistance to the domestic abuse group in my town, I found true understanding, validation, and no judgment. It was liberating.

At the time I attended the group, I didn't plan to leave. It would have helped me "cope" if I'd stayed married, but I reached a point that I knew I deserved more than a marriage I had to "cope" with and excuse.

Reaching out will work no matter what you ultimately decide to do.

This made all the difference. By the time I found her, I'd seen three others (personal, domestic violence counselor at DSS, and the domestic violence counselor at the Army DSS). None of them did for me what she was able to do. Maybe I was ready to see the light and that's why we matched so well. Or maybe it was because I told her from the beginning that I wanted to learn ways to deal with emotional and verbal violence. Whatever the case, together we devised effective coping strategies. Ultimately I left my husband, and the relationship I had with my therapist saw me through that emotional time, too.

Hope is pointless. Hope is worry backwards. Hope implies an action from God or some other person will free you from the abuse. It doesn't work that way. You free yourself from abuse in your own way, and eventually look back and see that God and the strength you needed were there all along. Sitting around hoping that things will change does not work. You must change yourself first.

APA Reference
Jo, K. (2012, January 25). How to Deal With Abuse in Relationships, HealthyPlace. Retrieved on 2021, April 12 from https://www.healthyplace.com/blogs/verbalabuseinrelationships/2012/01/how-to-deal-with-abuse-in-relationships

How to Argue With Your Abusive Spouse And Win
Your Baggage Is Your Baggage
Barbara williams
March, 24 2016 at 7:28 pm

Thank you Kellie for sharing these insights. Some much needed honesty about what works & what leaves you further impotent and disempowered.
Friends can empathise, however unless you have lived under the fear of an abuser it's difficult to communicate. Education, class, profession, stature are all irrelevant. The manipulation invades your entire being. It's a whole frightening war to try to escape. I agree with what you have written. Finding the right counsellor, establishing boundaries is essential but almost impossible when you are at the peak of abuse. Trying to talk sense, is trying to talk sense with a madman. Imploring them to get help is like a red rag to a bull. Hope is delusion and a lack of acceptance of the person for who they are. It is ultimately another tool to try control someone instead of seek the power within you to walk away with dignity and kindness.
Well done Kellie. I was married for almost 12 months and terrified. My identity was quashed. I was attacked and criticised endlessly. Friends and family can help, but ultimately you have to be prepared to believe you deserve more from life. End the abuse and promote the message. This is going on everywhere. I am in Australia. Thank you Kellie. Good luck always.

My hats off to you. I am bipolar have been whisked away from my home to Florida, isolated and verbally abused called names such as "a mentally ill person" that doesn't know what the bleep she is doing. I was always independent had a great job until this happened. To keep it short I met someone who has made me strong and I have a plan to be happy and escape this jail.