Before telling you how I became a big fat liar, I'd like to remind all victims of abuse that, to your abuser, it doesn't really matter what you say if s/he's in the mood to abuse. In the later years of my marriage, I chose to only tell the truth and there was no difference in the amount of abuse I underwent.

However, having always considered myself an honest person (before realizing how many lies I actually told my husband), my lying had decimated my integrity. I wanted my integrity back.

Why I Lied to My Abuser 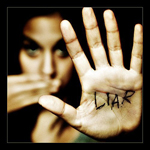 I lied to my abusive ex because I thought:

That's the whole reason. I was trying to avoid abuse.

The fact is that he abused me after telling an excellently plausible lie as much as he would have abused me if I'd spoke the truth. To top it off, the truth eventually emerged, and then he had a valid insult to hurl at me! I did lie. I was a liar. (And the little voice in my head told me I deserved whatever punishment I got...)

What I Lied About

I did not lie about everything, nor did I lie all of the time. Every relationship is different, but my marriage "hotspots" on which I lied most frequently were:

Lies About Other People

When I married Will, we were both soldiers and most of our co-workers were males. I devoted myself to Will early on in our courtship, but he constantly accused me of playing "grab-ass" and sleeping with other men. I wasn't flirting and I certainly wasn't cheating on him, but I found myself lying about simply speaking to another male.

Will would often surprise me in the middle of a conversation with another person. As soon as Will and I were alone, he would tell me how he heard the conversation and how he interpreted my actions during it. Instead of saying, "No, it didn't happen the way you say," I would lie, "Well, I guess I can see how you could interpret it that way."

I couldn't see how he could interpret a conversation as a malicious flirtation; it was nonsense. However, agreeing with him ever so slightly calmed him. I'd further pretend that the block of instruction he gave me as to how to stop giving other men the "wrong impression" was helpful, and that I didn't know how I could have been so blind to my actions. "I will do better next time," became my standard reply.

Eventually, the only people I knew outside of our marriage were his friends. One time, I told him about a kiss between me and one of his best friends. He said that I was lying because he could trust his friends with his life. His friend would never betray him, so my story was a lie. (Sigh...)

Next... Lies About Money