Merriam-Webster online dictionary defines wrecking as "to reduce to a ruinous state by or as if by violence".

The crime of Wrecking in the former Soviet Union is defined as deliberately giving wrong commands for the purpose of disrupting the normal operations of the state. When I heard the term on the radio today, I was struck by the similarity between wrecking and how an abuser seeks to disrupt his/her victim's "normal operations" and how disrupting normal operations evolves into reducing victims "to a ruinous state by or as if by violence".

Abusers Re-Create Reality for Their Victims

"Normal operations" of the victim includes using their own thoughts and feelings as the most reliable way to discern right and wrong, truth and lie, and all perceptive decisions down to whether it is day or night.

The abuser disrupts normal operations of his victim by attempting to re-write reality for her. By re-writing reality, I mean that the abuser insists his recollection of events, conversations, the victim's motives, et cetera is the only true recollection. 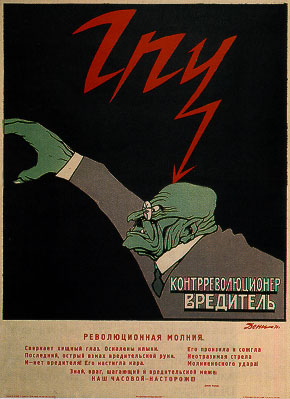 All of the above examples re-create reality for the victim when they are used repeatedly in varying situations. After repeated use, re-creation of reality causes the victim to doubt their own perceptions because the abuser is so darn sure about his version of events!

Eventually, the victim doubts their own perspective so much that they begin to believe the abuser truly knows and remembers details better than they can.

Further on down the line, the victim doesn't bother questioning the abuser any more; she accepts his version of reality even when it is not true. The victim may ask the abuser for his version of events before attempting to remember them herself.

By disrupting a victim's normal perceptive operations, the abuser can ruin his victim's mind, reducing the victim to a completely dependent (on the abuser) mental state. Victims in this ruined state are more easily controlled and more likely to fear being without their abuser. The abuser wrecked the victim.

Is Wrecking A Deliberate Action?

The piece of this definition of wrecking that gives me pause is the "deliberately giving wrong commands" portion. Does an abuser deliberately wreck his victim by distorting reality to benefit himself? Does the abuser deliberately change details of a story for the purpose of tormenting her victim?

I believe that wrecking, as a tool for controlling another person, could be used to purposely abuse. The Army instructs some soldiers on how to manipulate and control, so it is a technique or tool that can be consciously used.

My ex-husband insists that he never used those techniques taught to him on us, his family. He also said that the training to manipulate and control came to him easily. I believe that my ex-husband did not recognize his own actions even when they were presented to him in a class designed to teach manipulation and control!

I believe my abuser's "wrecking" was subconscious,...most of the time.

Despite my reluctance to believe that all abusers consciously use these techniques, I do believe that the reality the abuser seeks to create is so important to his/her sanity, that they will default to using any technique to prove their version of reality is correct to themselves. If this means stretching the truth, adding or removing details, or otherwise lying, then the abuser will do it despite knowing it hurts the person they profess to love.

After all, the abuser looks at his victim as an extension of himself. If the victim doesn't agree with him, it is like being of two minds, and that type of indecision is intolerable to someone who must be decisive in order to remain in control.

Freedom from Codependency Is Won Like Freedom from Abuse
Effects of Verbal Abuse: Lying, Part 1
WNCgal81
July, 24 2011 at 2:26 pm

I've been with my husband 10 yrs this comming sept and I will be the first one to tell you that him growing up in disfunctional family with four other brothers whom did nothing but verbally abuse him is definately a major part of his verbal abuse towards me , to my husband verbal abuse is normal , how ever for me , it is not , I grew up in a family where there wasn't any kind of abuse period , guess you can say I was sheltered alot as a kid and even as a teenager . There are times when my husband is sweet , loving and lifts me up , telling me how much he loves me , tells me that there is no woman on this earth that compares to me and that he doesn't know what he would do without me or my mom ... but then there are days where he does nothing but cut me down , scream at me , call me names , blame me for his problems , my husband has never hit me , however I know that a man does not have to hit you to hurt you , I know that words can be far more damaging then being physical with someone .

I have A husband who was E-5 rank in Navy. Not sure if he was directly taught mind manipulation techniques. But he knows them. He claims I manipulate him, but this must be a certain measure of guilt that he projects onto me. He responds how he is gentlemanly expected, but his anger in having to obey the rules is blamed on me because somehow he is required -by me- to do the right thing. Men in the military do require to be able to rule their households because they have always had to obey commands- I think this is true of any other man who is employed also, because his self worth as a man is defined by his ability to be in control.

Yes, I agree, always deliberate, probably not. Just yet another tool for a controlling narcissist to use to have power over me. Maybe at first she consciously manipulated me but it became so second nature and I became so brainwashed that it just happens now like drinking coffee.
She will change facts and her original stated demands around in order to keep me off balance and insecure about my own thoughts.
This part of the abuse, the wrecking, has been one of the hardest facets to realize and quantify for me. When we have discuss the abuse, she tells me, well I do not yell or call you names anymore. Everything is all better according to her. Then she heeps more controlling guilt on by accusing me of not being affectionate to her anymore. She asks why do I still feel bad. She always has to get on me for not behaving how she wants me to.
Geeeez yelling and names is almost the easy part to deal with.
The sneaky, manipulative, lying, and controlling blows are what scar me the most. Always questioning my thoughts or decisions in my own head is what results in low self esteem and no self confidence for me.