Recently, I felt pretty darn sorry for myself. It seems that despite my best efforts, I cannot cut ties with Will, my abuser. Just last night, he came to my home to bring me our final divorce papers. He stood in my living room telling a humorous story of how our youngest son attempted to climb a pine tree with parachute gear. He gave my the papers, and I handed him my military ID card.

Marc, our oldest son who now lives with me because his father choked him in a rage, sat quietly on the couch. I saw my son shrinking into the fibers of the sofa and made a mental note that Will is no longer allowed entry to my home. I will speak to Will on the steps or out by his truck; the man's mere presence disturbs the peace.

I was a bit unsettled myself when I went into the living room to see Will stepping into my house (apparently invited by my younger son who accompanied him). A fleeting thought pertaining to vampires and how after invited they can enter any time swept across my mind, but I pushed it out in favor of pleasant thoughts involving the end of my marriage to that particular vampire. 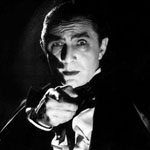 Will exchanged pleasantries with Marc and his girlfriend, and turned to leave. On his way out the door, he said to Marc something about how his patience was running thin with Marc's "drama", and at some point soon, Marc would have to "be a man" and sit down with him to discuss what happened (the choking incident). The comment, although I should have expected it, still threw me some. That ex of mine refuses to take responsibility for his own actions (choking his son) and instead chooses to blame Marc for being dramatic and less-than-a-man.

Can I Fix the Effects of Verbal Abuse?

I hugged my younger son good-bye, then shut the door. I wanted to say something comforting to Marc, I wanted to point out how wrong his father was that day and continued to be wrong now, almost a month after. But nothing came to mind. Instead, I said something sarcastic about Will's comments and left it at that.

Marc and I have had multiple conversations about abuse since he's been at my house full-time. I see the lights coming on in Marc's eyes; he's piecing together bits of the story he overlooked in the past because he wanted to see a father-son relationship that wasn't real. In order to believe he had a relationship with his father, he had to ignore some facets of his father that now shine brighter than the sun.

For example, Marc now sees that:

Those three realizations alone caused Marc to question other aspects of his father's behavior. There are more.

I know that Will will tell people that I coerced Marc and drove a wedge between father and son. This isn't much different from his older assertion, "You are making my son's into lesser men!" Both statements are lies. In fact, I know that at some point in the future, when Marc is ready, he will talk to his dad again.

If I couldn't escape it by divorcing the guy, then my son won't be able to escape some sort of relationship either. Will is his father (image of Darth Vader and Luke comes to mind).

My goal is to make sure Marc knows how to recognize the abuse when it starts, and then be able to quickly exit the situation before it escalates. To do this, I point out that Will is not alone in his behaviors. People have written books about Will (and other abusers). Up until now, Marc thought his father was unique in all the world. Now he knows that there are others who behave like his father.

From this point forward, Marc can come to accept that the abuse is not about him as a son or as a person. The abuse is about his Dad. Marc will eventually stop accepting responsibility for his father's abuse.

At least, that is what I hope (I'm picturing two healthy, happy, abuse-free sons). 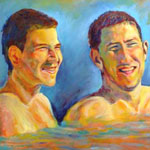