Test for Abuse in Your Relationship, But Don’t Ask “Why?” 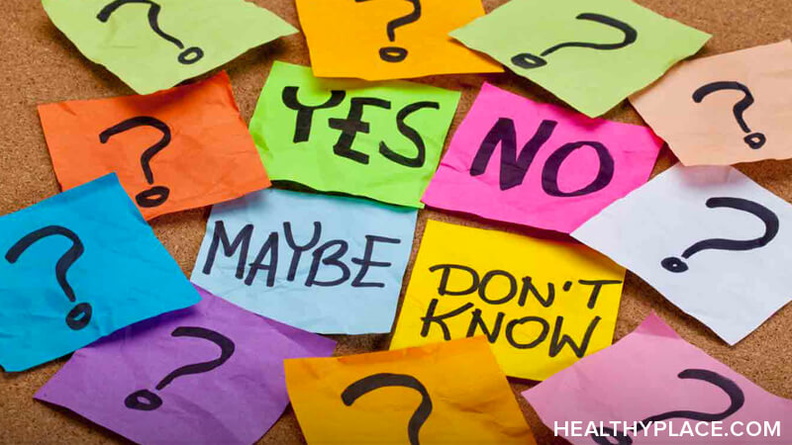 This week I am fortunate to be in New Hampshire on business. (How fun was it to write that statement?! Me on a business trip!) I used to think I would never have a job that I love that allowed me to travel even sporadically, but I do, and I am grateful. Yesterday, our facilitator mentioned a factor of leadership which was "information-seeking questions" and how to ask them without making the person you're asking feel defensive.

The problem is in the wording. For example, a question beginning with "Why do you...?", especially when asked during a personal conflict, can easily escalate the conversation into anger and defensiveness.

Why Asking "Why?" Causes Problems

Why is "Why?" the wrong question? Well, asking why another person does or says something can make them feel that since you don't already know the answer, then you must be JUDGING them. You must think they are WRONG. It puts them in the hot seat, makes them uncomfortable and feeling exposed. No one likes that. 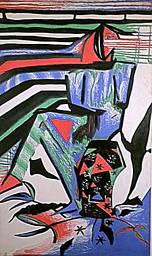 So, in leadership, when you are asking a "why" question to figure out, well, why someone does what they do, then you are probably seeking to gather some information both about the process and the individual. It's not that you think they're out to get you or that you disagree with their methodology, you just want to understand, well, "Why?" Avoiding the other's discomfort can be avoided by at least one simple statement. Instead of asking "Why did you do it that way?", say, "I am curious . . . what makes you complete the process using that procedure?"

How to Test for Abuse in Your Relationship

Bait the Suspected-Abuser with Healthy Conversation

So, there I was in my cushy executive-type desk chair soaking all that information in like a sponge, nodding my head and thinking to myself, "This is great stuff!" when something hit me. The information IS "great stuff" and it would work - IF I WERE TALKING TO A NON-CONTROLLING NON-ABUSIVE PERSON!

To distract myself from my thoughts, I raised my hand and contributed something to the conversation. I said that if you were to ask someone that question, then it was important that when you got your answer, that you accept that answer as truth and move peacefully further into the conversation. And again, that will work in a healthy relationship - trusting the answer and moving along is the norm.

Test for Abuse, but Be on Guard for Tricks

Here's the thing. My abuser never wanted to believe the things I said--unless they were things he wanted me to say. Sometimes, my abuser would sit down with me after an argument, and oh so sweetly re-phrase his line of questioning.

He would say things like, "Really, I just want to understand you," or "Please explain what went through your mind." And I would fall right in line, grateful for the breathing room, and take the bait hook, line, and sinker.

I would start to tell him what I had been thinking, what my motivations were, and he would listen for a short time. Then I would see his eyes glaze over and he would stop looking at me to rest his head in his hands. Shortly he would alternate between looking at me in disbelief and rubbing the side of his head impatiently. About that time, his foot would be tapping or he would be pacing around the room.

You see, he wasn't wanting to hear MY answer. He was waiting to hear his answer - the answer HE THOUGHT I SHOULD SAY. When he didn't hear me validate his own answer (because his answer had nothing to do with why I did "it") then he became increasingly unnerved and anxious. He would then fly off into an angry rage, telling me that I was lying, that the answer was clear as day, that I had done that thing because "YOU ARE THINKING ONLY OF YOURSELF!" (for example).

I mention this because I think an Internet search about "healthy conversation tips" may help you to test to see if your intimate partner is an abuser.

Put your abuser to the test without telling them you're doing it. Educate yourself in ways to maintain healthy, heartfelt conversations, practice the techniques with friends or in your mind, and then try them out on your possible-abuser.

I'm saying that maybe it is time to be a scientist. Run some experiments and LET GO of the outcome. Use your controller as a lab rat to find out if the abuse you suspect to be present really is there (or not). Step back and OBSERVE not only your partner's behavior, but yours too. Take notes. Write down what you learn.

Prove to yourself that you aren't crazy.

I'd give you some "healthy conversation tips" to get you started, but I only know the one.

Tags: test for abuse in your relationship

APA Reference
Jo, K. (2011, March 3). Test for Abuse in Your Relationship, But Don’t Ask “Why?”, HealthyPlace. Retrieved on 2021, March 2 from https://www.healthyplace.com/blogs/verbalabuseinrelationships/2011/03/testing-for-abuse-in-your-relationship

Set Boundaries In Abusive Relationships to Protect Yourself
Know the Warning Signs of Impending Abuse
Michelle
December, 31 2018 at 10:32 am

Oh how I wish I had known so many decades ago. I woke up one day and realized that I never taljed about my feelings to my husband. I thought, "No problem, I will di that now!" When I tried, I was blocked, diverted, ignored. He left the room. He curled up in a ball and acted like I was killing him! It was horrifying. He had taught me decades ago how to silence myself. It eas all beliw my concious awareness. I had become authentic wife whom he had never wanted.