Sharing your mental health with the world can backfire sometimes. There are stories across the Internet where people have lost jobs, severed relationships, and been severely criticized because they admitted to having a mental illness like depression, bipolar disorder, borderline personality disorder or you name it. Of course, that's why most people use a false identity when posting on the web, so others won't know it's them.

Why would someone have to worry about sharing the details of their mental health? Stigma! There are a lot of people who aren't educated about psychiatric disorders and still believe in the many mental illness myths that exist out there. You also have people who are just plain prejudiced; filled with anger and spite, who have nothing better to do then write nasty comments on your board. 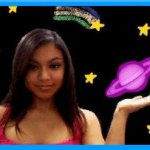 Dani Z is a 25 year old woman who has been diagnosed with borderline personality disorder. "My symptoms first started when I was about 11 or 12. I felt very depressed and then very suicidal. I would cry a lot, have panic attacks and have the occasional anger outburst. I started self medicating with alcohol in high school. Once I graduated, it got even worse and I dropped out of college. I have been taking classes on and off since then. I have also been sober for the most part since then too. "

Dani has taken to Youtube to raise awareness around BPD, specifically, and mental illness in general. In our interview, Dani talks about how viewers have reacted to her videos and how she's dealt with a relatively small number of negative comments. And that's just the beginning. Take a look.

Share Your Experience on "Coming Out" With a Mental Illness

Have you been very public about having a mental illness? Are you concerned or afraid to let others know you have a mental illness? We invite you to call us and share your thoughts and experience with us at 1-888-883-8045. (Info about Sharing Your Mental Health Experience here.) You can also leave comments below.

happen to me. My psychiatrist and case manager says that I have a less severe case of schizophrenia. I'm high functioning. I don't look like I have a mental illness. I hope some day that no one judges people with mental illness and I really hope I get promoted some day.

Yes letting people know that you have a mental illness does backfire. I have this great job with the government and now that I let people know about my schizophrenia, I think I have no chance in getting promoted. My schizophrenia started in my early 20's after I graduated from college. A lot of events happened that stressed me out in college that I think started my schizophrenia. Even a encounter with an old roommate that followed me. I was leaving the mall to pay a credit card bill and an old roommate had followed me there. It was definitely a surprise and til this day I haven't been the same ever since. Things went downhill from there. I started hearing that roommate's voice. Telling me to do stuff. If I didn't do it then I didn't love him. I had to find him. I heard other voices too. If I didn't kill myself then I would get the death penalty. The voices got bad that I attempted suicide a couple of times. I have been very fortunate that my schizophrenia is not as bad as others. I'm taking medication which takes away the voices and I'm happy about that. I do know that others who have schizophrenia take medication still hear voices and I am lucky that didn't