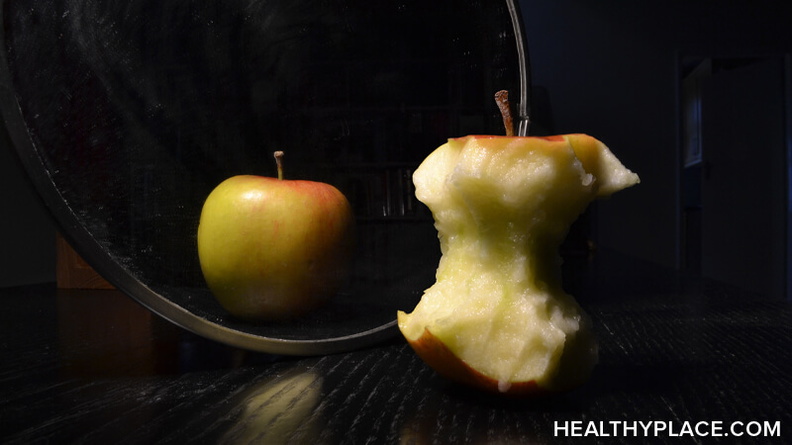 Imagine the psychological torture of being told by others that you look fine, yet inside, you know that your (perceived) physical deformities make you unattractive. That is the crux of body dysmorphic disorder (BDD).

Many associate it with eating disorders, but BDD is an anxiety disorder which centers around being excessively concerned and preoccupied by a perceived defect in the person's physical features (body image). It usually starts in adolescence, a time when looks can be everything, and affects both women and men. (Read: Body-Image Distortion a Growing Problem Among Women and Men)

The sufferer may complain of a single, or several specific features, or a vague feature or general appearance, causing psychological distress. BDD can impair work and/or social functioning, sometimes to the point of severe depression and anxiety, development of other anxiety disorders, social withdrawal or complete social isolation, and more.

The Impact of Body Dysmorphic Disorder

Rebecca finally found a therapist to treat her OCD. The therapist also recognized the symptoms of body dysmorphic disorder. Her issues revolve around perceived facial deformities. "I feel my nose is too wide. My chin is too weak. My lip lies too low on my face."This week's guest, Rebecca, is a bright woman, age 27, college educated, and writes medical literature geared towards children. She says the symptoms of OCD (Obsessive-Compulsive Disorder) appeared at age 7. By the time she was 22, OCD consumed her to the point she was unable to leave her home. "I couldn't function in the slightest sense," says Rebecca.

All this has contributed to physical, as well as psychological and social problems, which Rebecca will be talking about on this week's show.

If you miss the live show, click here to watch the video on body dysmorphic disorder.

We invite you to share your experience with BDD in the comments below.

Surviving Postpartum Depression - October 27
I'm Intersexual and My Parents Raised Me as the Wrong Gender
loree
November, 9 2009 at 11:00 am

Hi Rebecca:) I just wanted to let you know i understand and you sharing this with other people is so very unselfish as there maybe so many others out there feeling the same as you do and not understanding why? I Think you are very pretty but i do understand you see much different.....maybe one day with the help of good therapists you may be able to over come this and go on to do what you want to in life, i wish you all the best life has to offer because you deserve it, smiles loree in canada:)