How to Cope with Being Anxious and Alone for the Holidays

The holiday season of 2013 was the worst of my life. I was grieving the end of a relationship. I was mourning my independence because I had to move back in with my parents. I was suicidal. I was broke. All in all, I felt like a disaster. But I got through it. I wasn't sure I was going to, but I did. It was, however, one of the loneliest times of my life. 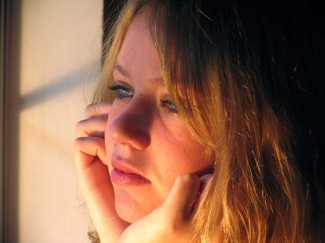 Starting this week, millions of people will face the supposedly "most wonderful time of the year" anxious and alone. And I use the term "alone" in a broad sense. Being alone for the holidays can include:

The holidays are a painful time, and our culture still lies about that for some bizarre reason, even though everyone seems to know it. Even people without mood disorders can struggle with finding meaning this time of year. Lots of people are suffering, often in silence. I take some comfort in that.

Coping with the Holidays When You're Anxious and Alone

If you're feeling anxious, alone and lacking in the holiday spirit department this season, either by yourself or with others, here are some coping strategies you can try:

Tags: alone for the holidays anxious and alone Holiday season holidays and anxiety

APA Reference
Weber, G. (2014, November 26). How to Cope with Being Anxious and Alone for the Holidays, HealthyPlace. Retrieved on 2022, October 7 from https://www.healthyplace.com/blogs/treatinganxiety/2014/11/anxious-and-alone-for-the-holidays-heres-how-to-cope

Don't Forget Other People Have Anxiety Too
Planning for the Future When You Have Anxiety
dana
December, 6 2014 at 6:46 am

thank you for ur post...I have been finding comfort in facebook post and hearing others stories.yes it makes me feel like I am not alone. I have turned to god many years ago when ibroke....so the season is about the birth of Christ..to me that is the most important thing