How Does it Feel to Survive a Friend's Suicide Attempt? 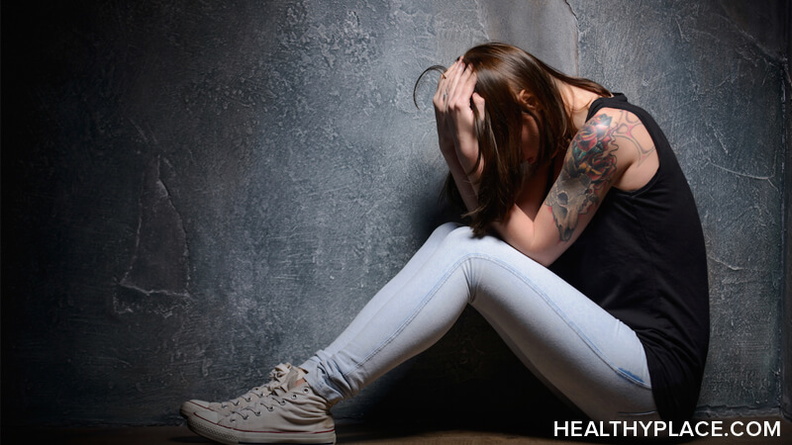 I'm somewhat reluctant to blog about suicide, but I have decided to put a few thoughts down. They're rushed, unfinished thoughts because that's the nature of the situation: a friend attempted suicide a few days ago. As I sat at the computer, contemplating what to say this week, I couldn't think about much else.

I wonder what it's like to wake up from that, to survive? My thoughts ringing round in circles to every variable of mental health issue that could play a part. Suicide is a complicated issue, and it isn't often spoken about openly by its survivors. Probably it's too raw, tucked away, a chapter read. It brings up a lot of stuff for most people, and I think that kind of darkness holds a thrall. It shouldn't but it does.

What I think about now, beyond hoping for the best, is that this is not a dream I can awaken from. As the adrenaline pumps festive, triumphant melodies through my circulatory system and I sit staring. Extreme anxiety (shock really) slows things down. To a crawl.

It's too much to hold in my head, and I see the tattered edges of how impossible things must be to get to that point. Thoughts about endings and beginnings start in, rounding in on themselves, chasing their tails because nothing will stick in my head beyond the immediate task of the hour.

Clocks tick - it's just what they do; Bodies react to stress in fairly predictable ways too, and at the extremes of life so does the mind. Containing and compressing, condensing the world until it's just one choice.

Post traumatic stress disorder, something I have in common with this friend, is predictable. There's a pattern to it. They've charted its swings and roundabouts and there are some good enough maps. Nothing perfect but over the course of time the pattern that people with PTSD (without additional comorbid stuff) go through is visible to a knowledgeable observer.

Suicide, suicide attempts, there are statistics but very few reliable facts. It's often covered up, dismissed. Or viewed as "a mistake." You accidentally bang up the car. You don't mistakenly kill yourself using the entire contents of your medicine cabinet.

Though I understand the regret, the wish for things to have been different, still, there is intent. It's a denial of someone's far too painfully expressed emotional reality to decide otherwise. Though it is, probably, the shadows of the subconscious conducting the show at the point someone makes the decision to end their life.

That's why it can be unpredictable. Not unpreventable but unpredictable. People often drop hints but not always. Sometimes only reaching out for help at the very last minute.

Just as I don't know if the guy next to me on the bus is a terrorist or a saint, for all the effort they put into profiling. Suicide prevention takes inside information. It requires empathy. It means breaking down the walls. That's a risk. But so is riding the bus.

APA Reference
White, K. (2011, January 27). How Does it Feel to Survive a Friend's Suicide Attempt?, HealthyPlace. Retrieved on 2023, February 3 from https://www.healthyplace.com/blogs/treatinganxiety/2011/01/how-does-it-feel-to-survive-suicide-treating-anxiety

1-800-SUICIDE is the hotline number for Canadians. Here's a directory for hotline numbers for the rest of the workld:
http://tinyurl.com/aao6jf

It takes courage to talk about suicide. I loved to read about it at your blog, Natasha.
I survived two attempts of suicide.... That occured during my darkest periods of bipolar depression, first time at 2001 and second time at 2006.
I denied it for a long time. Then I realized that I didn't talk about it because I fear so much feeling the way I felt those days, (the "feeling" that Sylvia Plath describes with perfection on "Under the belljar") and once again be in the dangerous spot I used to be once...
I try to remember my thoughts at the time, but I only remember the strong pain, the emptyness, the sensation that life is happening "outside" my world, that I'm always running in circles...
Now, I'm under treatment and I'm fine. But, the fear is always with me.

I suffered from PTSD for years (around 18 years). during that time i thought i'd got to grips with it and was living well with it. then one day there was a trigger to beat al triggers and i drove off into the night with a massive cocktail of drugs (hubby and i are medical professionals so have some really 'good' ones to shuffle off that mortal coil) and two bottles of voddy (which i dont drink usually). cutting a very long story short came round in an A&E unit somewhere i'd never been before a few counties away being prepped for ITU. Amazingly, the police were able to trace me by following my car on road cctv (dontcha just love Big brother?) so hubby came to pick me up. At that time the only thoughts in my head was: "how could that NOT have worked?, better try better next time." which was followed by a week or so of 'planning' a fool-proof method. Then i began seeing a life-coach and NLP practitioner. no shrinks thankyou very much. and i gradually began to replace my inappropriate self narrative forged by years of PTSD to constructive meaningful and positive self narrative. That was a year ago. Now i am 'cured' in that if any inappropriate thoughts enter my head i perceive them as exactly that. feel them. allow them to be there. not deny them. but put them into a safe context. I have never been so well. i have been of meds for 6 months (apart from the odd one or two diazepams if i feel stressed) and i have now emigrated to india and am living safely in an apartment 5 floors up. (yes, i have had The Thoughts: but thats all they are. i will not need to act upon them.)
I know i have told you far more than your question asked but the answer to the question is in the narrative in that from a personal perspective there was no explicit stress, upset, anxiety invloved in my 'suicide attempt' as i had lived with it so long that it seemed entirely plausible and sensible. my thinking was so distorted that my whole persona had become dysfunctional and irrational but in a very 'normalised' sort of way. i was very secretive (i self harmed aswell and only two people know this as they found out accidentally i still havent voiced it out loud - you are the third) and living in the 'burbs: upper-middle class health professional with 4 kids and a dog in the school PTA and various social circles. No-one ever knew. In fact i still dont think they know. I even went to the monday coffee moring as usual following 'that night' and no-one was any the wiser as i had so many years practice at being 'normal' . My husband called my closest girlfriend from school days and she was straight down and has been by my side ever since. i think i cried twenty years worth of tears in the week that she came down. and i did volunteer the info of what happenned that night to one of my closest coffee morning girlfirends. She has proved her worth and not uttered a word t anyone and she's really a 'gossipy' girl which is why i love her actually. but when it matters she keeps her mouth shut. im sad to say i lost a friend aswelll. He did come down and offer me his shoulder once but it think he felt too uncomfortable to come again, Fair weather friends i think they are called. I guess what i'm saying is that suicidal people are not neccessarily recognisable as anxuious sorts. How many times have you seen in headlines of suicides that they were so 'happy-go-lucky?' i think it is those 'types' that ultimately succeed as they hide it so well and evn then no-one believes it if they do show signs.