...you don't notice it's there, until you're falling.

My illness may be invisible, but that doesn't mean I have to be. Let me repeat that. Give you time to catch up:

Your illness may be invisible, but you don't have to be.

If not invisible, what then? Then it's about more than being sick or well, bad or good. It's that holistic thing people go on about but tend not to bother to explain: You can get help, find support, cope with your diagnosis.

What's wrong with me? 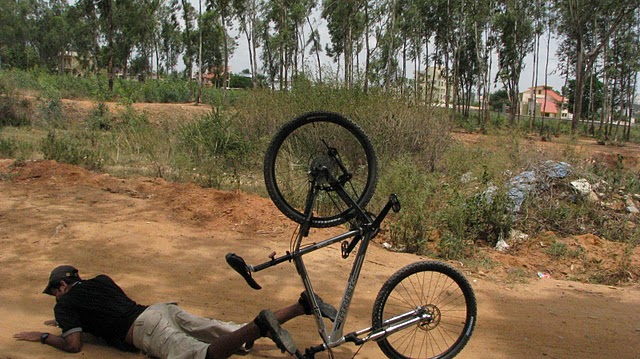 That was my first, and only, thought in response to the news that I was maybe, 'crazy'.
For a long time: What's wrong with me?

Oh I had labels, PTSD, major depression, anxiety disorder. But they didn't mean much to me.

It's a token gesture, something to medicate if that floats your boat but not much more. Not much to hang onto when you've already lost your balance, once or twice.

I hate that question. Truth is, you're the only one who really knows; I didn't feel OK, even when I looked just fine and dandy. But just because my mental illness is invisible, doesn't mean mental health has to be.

Getting better can't be done in the dark, can't be done alone and without revealing certain parts of yourself that maybe you'd prefer not to expose. I wasn't exactly big on revelations. It wasn't dramatic. One day, I just, started to tell someone what was on my mind.

What was holding me back? Seemed like a good question.

Because even if you can't see it, it's there. In the background. Mental health. Like gravity, pinning you to the ground.

What is mental illness?

For most people, it's just another name for fear; The way a lot of people grow up and they're still afraid of the dark. It's that unfamiliar, and not knowing is often the worst thing we can imagine. All kinds of things are dreamt up by minds with nothing better to do than fill in the gaps with their own worst whatever.

Until you've experienced mental illness, you can't know what it's like.

So I hope that if you're reading this as a friend or family member of someone struggling to heal from anxiety and depression, then what you'll take away is this idea: That just because you've never fallen, doesn't mean it's easy to get up.

If you are worried about falling off the bike, you'd never get on.
-- Lance Armstrong

Positive Thought: You Can Walk the Walk
Suicide and Mental Health: They're Cooking the Books
Dr Musli Ferati
December, 18 2010 at 10:56 pm

In common language, it said that mental health is the absence of psychic disorders. However, since many psychic disorders are masked, then the problem of mental health is much complicated than the definition, that we gave above. It is therefore, the behavior and verbal communication of an individual in relation to the daily functionality, of the same, that specify what is its mental health. And, any difficulty in coping with existential demand, as well as vital necessity is warning to seek professional help from Mental Health Service. Otherwise, the same difficulties in time will damage the mental health, so even intensive psychiatric treatment is unlikely to restore them.

Interesting article. Mental health is one of those subjects folded away like a fart or sexual disease. I for one am tired of fearing introductions to people - "What do you do?" "Nothing because I had several breakdowns and now my C.V is more embarrassing expose than a sales report of your truely!" Filling in job aps is depressing in itself, because I know I'll never get past that stage if I'm honest in the health section. And why shouldn't I be? Everyone gets ill? Sorry, I'm ranting. ;) X