Moving Past Shame After Abuse in PTSD Recovery 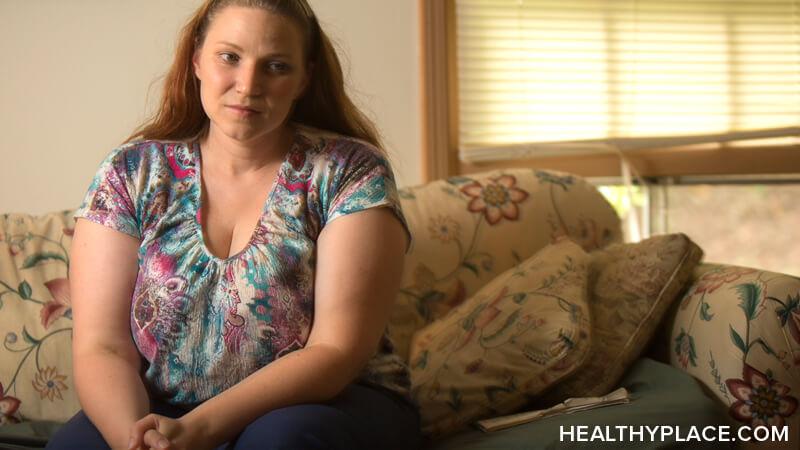 Many abuse survivors grapple with feelings of shame after abuse. When someone develops posttraumatic stress disorder (PTSD) as a result of her abuse, that shame can become a long-term problem. Shame after abuse doesn't have a rational basis, but even people who know it's irrational to feel shame over being abused can still experience it. Unfortunately, emotions don't always follow logic.

Shame After Abuse, or Survivor Shame, in PTSD Recovery

I recently read a study illustrating how victims come to feel shame after abuse. The study was about victims who recant their testimonies that used recorded conversations between men charged with a felony--assault for domestic violence--and their female victims.1 The conversations were recorded at the same jail where my abuser was also incarcerated numerous times for domestic violence and took place during the same time period. One of the assaults described in an article published about the study sounded a lot like my abuse.2 The recordings are considered public record. I began to suspect that I was one of the people on those recordings.

When I read through the study in full, other details provided about the couple in question revealed that it could not have been me and my ex-boyfriend. But there were about 24 hours between the time I read that article and the time I gained access to the full study during which I began imagining the scientists, research assistants, and grad students involved in the study as they listened to my abuser manipulate me into recanting. The primary emotion I felt in response to that possibility was deep shame.

I was not the person to blame in the situation. I was a vulnerable young woman who went through a deeply traumatic experience and whose boyfriend was manipulating my vulnerability. The study places no blame on the women who were abused; in fact, it uses words like "coercion" to describe the behavior of the perpetrator, and specifically seeks to explain why so many victims of intimate partner violence recant. I had no logical reason to feel ashamed--if our conversations had been studied, it was my ex who should have felt ashamed. But knowing that didn't change my feelings of shame after abuse.

Unfortunately, people who are physically abusive tend to also be emotionally abusive. Often, this means abusers will not only assault their victims but also try to blame their victims for the abuse. A common theme, for example, is infidelity or projected infidelity--"I beat you up because you were acting like a slut when you smiled at that security guard."3

Repeatedly hearing that you're at fault for some of the most painful and traumatic events in your life is not healthy for your self-esteem. Even if you tell yourself that what your abuser says isn't true, repeated exposure to these ideas can cause them to sneak into your subconscious, leading to feelings of shame after abuse.

How to Move Past Shame After Abuse

As I recently learned while reading the study, moving past shame is an ongoing process. I thought I was mostly over the feelings of shame I'd internalized during the abuse, but clearly, I wasn't--at least not totally. Which means I'm going to have to revisit some of the tools I used when I was younger and I invite you to do the same:

Many people with PTSD feel negative about themselves, socially alienated, alone, and even "dirty"-- as though everyone knows what happened and is judging them negatively for it. In this short video, I discuss the commonality of these feelings and suggest some ways to move past them.

APA Reference
Brico, E. (2018, March 28). Moving Past Shame After Abuse in PTSD Recovery, HealthyPlace. Retrieved on 2022, May 20 from https://www.healthyplace.com/blogs/traumaptsdblog/2018/03/survivor-shame