When I was first presented the concept of inner child work, I thought it sounded silly. But in a time of great desperation, I tried it, with the most remarkable results. My PTSD recovery is greatly benefitted by using inner child exercises. Here's how they work.

In the late 1980s, I exhibited the symptoms of PTSD, but I couldn’t remember a traumatic event that might have happened to me. I was attending the Adult Children of Alcoholics (ACOA) Twelve Step program, trying to figure out the effects of growing up with alcoholism. One of the great blessings of that time was to be working with a sponsor (mentor) who was also a therapist.

When I told him there were blank spaces in my memories of my childhood, he 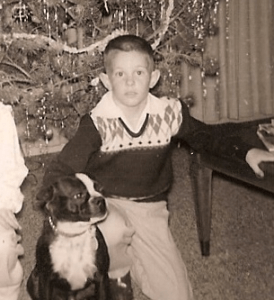 suggested what he called Gestalt therapy, or empty chair exercises. He said it would be a way to access the wounded young inner child. He told me that when abuse happens, the ego gets frozen at a certain age, and that the child would be able to access those abuse memories. It sounded super psychological, and I smiled politely and dismissed the concept.

Not long after that, I began to remember traumatic incidents with my Dad, escalating in violence, which started when I was a teenager. At the same time, my world was falling apart, and I grew increasingly desperate. I sensed there was something else, even more damaging, deeply buried within my soul, but I couldn’t access it. One night I had a dream about someone chasing me with a gun, and when I turned to look, it was my Dad (PTSD And Nightmares: Dream Revision Technique).

I was willing to try anything to move my PTSD recovery forward, so I decided to give the inner child exercises a try. I called a very large man who had been in a recent therapy group with me, and who I trusted very much. I told him what I’d like to try, and asked if he would be there as an observer. I think my inner child was already trying to signal me, because I wanted someone who would be big enough to protect that child if someone dangerous (Dad) were to suddenly appear (Loving The Wounded Child Within).

I sat in my living room while my friend quietly watched. I set two chairs facing each other, and sat down in one. I spoke as an adult, looking at the other chair as if that young child -- who I called Little Danny -- was sitting in it. I reassured him that he was safe, and asked him to tell me what he knew that I didn’t. I got up, went and sat in the other chair, and sat quietly for a moment. Then I began to speak, and my voice sounded completely different -- it was high pitched, like someone with great anxiety, who sounded very young.

My inner child told me about a violent incident that happened with my Dad when I was 17 years old. He spoke with great clarity and in precise detail about the events of one particular night.

At that point, I became a believer in inner child work. Finding out about the violence with my Dad explained many things about my world, and how I acted. Later, I used the same techniques to remember abuse by my grandmother, when I was eight years old, that led to a writer’s block I suffered for many years.

Knowing what happened didn't fix my issues, but I could begin to use grief process techniques to move beyond the abuse.

My Experience With Inner Child Exercises In PTSD Recovery

Dan is a PTSD survivor, and author of Healing The Writer: A Personal Account of Overcoming PTSD and Freedom’s Just Another Word. You can connect with Dan on Twitter, Facebook, and Google+, and at his website DanLHays.com.

How To Cope With Body Memories In PTSD Recovery
Debunking the Myth of Mental Weakness in PTSD Sufferers
VeteranCareUSA
October, 23 2015 at 3:16 am

Dan,
This is excellent: informative, personal, heartfelt, and thoughtful.
And all said so succinctly.
Thank you,
Carl

Thanks Carl, for your powerful words! I'm glad this one resonated for you.
Dan