On 9/11 I was living on the Upper West Side of Manhattan. I was already deep into years of my posttraumatic stress disorder (PTSD) struggle. At the time of the attacks I was “sleeping late” due to my all-night insomnia. What woke me that morning was the enormous number of sirens careening down Broadway just outside my window. I lived one block from a firehouse and the amount of activity from their garage and on the street was deafening.

I sprang out of bed with my heart pounding. I’d been sensitizing my amygdala for years, so it took very little for me to have an exaggerated startle response and a quick emotional reaction when things out of the ordinary occurred. I turned on the radio and then the TV and watched as the drama unfolded.

New York is a tough city, but that day, a new type of survivorship had just begun.

What It Means To Be A Trauma Survivor 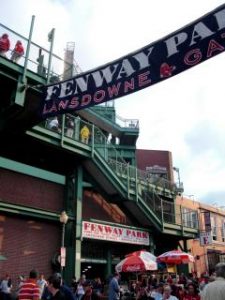 Technically, a “survivor” is defined as a person who remains alive after an event in which others perished. But I think there’s more to it than that. The survivors I’ve met through my work, speaking, radio show and book research are more than just people who continue to breathe; they’re people who, even in the deluge of pain, sadness, grief, loss and despondence, carry on. They’re people who:

Take action – Even in the midst of feeling the weight of the world, many survivors keep moving. They seek solace, they look for answers, they have their moments of wallowing in the pain, but then rouse themselves to seek relief. They join causes, start organizations, rally for petitions, reach out to support others and do a lot to bring about some good in the world.

Engage a sense of self-efficacy -Trauma makes every survivor feel some moment or degree of being powerless, but then I see so many survivors shifting into a mode of reclaiming control. They find ways to feel safe, strong, competent and secure. They become daring, creative and look for ways that they can feel a sense of their own ability to achieve, succeed and protect.

Make meaning – We all want things to make sense. When something happens that doesn’t make sense, we want an explanation; the brain craves order. But trauma is chaos; in any trauma it can be hard to find meaning. Often, there isn’t a suitable answer to the question, “Why me?” I see so many survivors struggle with that query, and then move on to make meaning come out of their experience rather than look for meaning in it.

Create a spirit of resilience – Trauma cuts you down. To the very core of who you are, it changes you. You cannot go back to who you were before, or who you could have been. How do survivors move forward in the process of creating posttraumatic growth? They access a deep strength and ability to recover and rebound. They tap into some life-affirming internal source that propels them forward in a quest to redefine themselves outside of the tragedy of the past.

We Are All Individual and Connected

Responding to trauma is an intensely personal experience. After 9/11 my parents, living in a suburb of New York City, were frightened. “Move to the suburbs!” they implored.

My brother and I, however, stood firm. We would not be chased out of our city by fear or the frantic frenzy of terrorist threats. Weeks of tough family discussions ended in standoffs until, finally, my parents began to understand that staying strong was part of my brother’s and my survivorship response to the trauma of 9/11.

Eventually, my mother stopped hoping we’d move out of the city and instead started appreciating that we stayed in it: One evening she arrived to take my brother and me to dinner carrying two black t-shirts with bold, white, capital-lettering that read: “NEW YORK F**KING CITY”. She handed us each a t-shirt. “Show them what it means to be New Yorkers,” she said. “I’m proud of you.”

This week as we remember the Boston Marathon bombing, as we join together to support everyone in the city on in their first anniversary since the tragedy, I want to say to the Boston survivors – and Boston as a whole – and also to every survivor who picks him or herself up and finds a way to carry on: I’m proud of you. You are strong. You are resilient. Even on the days you feel sapped of strength and hope, you are incredible in your ability to bear the burden of what you have experienced.

Shoulder to shoulder we stand together and carry on.

Sadness in PTSD - What You Can Do About It
Unwanted Trauma Memories - How Do You Get Rid of Them?