Is Your Therapist Correctly Treating Your PTSD?

A reader recently asked me a very important question. Speaking of her therapist, she asks "How do I know that what he is doing therapeutically is the correct thing?" This is a surprisingly complex question. I will point out the major issues to address in coming up with an answer, then describe my own preferred way of dealing with this question.

However, there are two aspects to consider here - your therapist's viewpoint, and yours. It is quite possible for your therapist to do the "correct" thing, but not to get the results you want. Because each of these considerations deserve careful thought, I will address my reader's question in two posts. This first one will consider how to think about your therapist. We must begin by asking: What determines "correct" for your therapist?

The Big Gamble: What To Do? 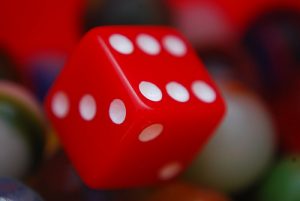 Psychotherapists are trained to adopt a general model of psychopathology and of how to resolve it. Such models are attempts to simplify reality, so as to direct attention to what matters most. Our resources, and those of our clients, are seriously limited. Everything we do is therefore a careful gamble, as we cannot know for sure what the outcome will be. The goal is to make the best bet we can. As will be seen, there is a real problem in psychotherapy having to do with how we decide what intervention to bet on.

Much of what is now psychology was formerly philosophy, and that was based on personal observation, made privately and casually, coupled with a lot of hard thought. Plato (429–347 B.C.E.), in his major work The Republic, which appears to be about the workings of an ideal nation-state, nevertheless devotes much time to how individual people work, how this relates to women, and how to make a truly good person. Such concerns can be found in philosophy for centuries after Plato, and for all this time there really was no other alternative source for answers to questions about how people work.

Finally, in the 19th century we begin to get people actually trying to deal compassionately with the mentally ill, and speculating about what was causing the problems they were seeing. But we don't yet have orderly observations and the construction of useful models from these observations. THAT, of course, would be psychology as science.

What we do have is plenty of speculation, some of it astoundingly accurate in its conclusions, as we eventually found out. However, while this body of thought is no longer philosophy, it is certainly not thought based on "controlled observations", much less conclusions derived from experiments. However, slowly, psychology was acquiring data, analytic methods, and means of communicating between those working on mental illness problems. A major paradigm shift was approaching.

A Formal Evidence-base Became Necessary, But With Real Limitations

By the 1960s and 1970s, it was becoming obvious that thought about psychopathology simply had to become "evidence-based", and not just the product of hard thought by experienced workers and recognized authorities. The result was the landmark 1980 Diagnostic and statistical manual of mental disorders (DSM-III), developed and published by the American Psychiatric Association. But there was a problem: The DSM-III directed diagnosis, only. By design, it said virtually nothing about how problems develop. It was theory- and model-free. This design feature has continued to the present day - two revisions later.

What THAT means is that therapists can, and do, diagnose according to the (now updated) DSM categories, while accounting for and dealing with them using a wide range of models. There is no particular requirement that these models have any obvious relationship to reality. Yet treatments are necessarily derived from these models.

So, we have widely varying ideas about what constitutes the "correct thing", "therapeutically". This enables the preservation of models which have no formal relationship to actual psychopathology data, much less psychotherapy outcome data.

The challenge of our time: What is a valid psychotherapy intervention?

In psychology, one of our key ideas is validity. Validity is not truth, exactly. It is correctness. In football, a valid score occurs if the ball crosses the goal line in a manner approved of by the rules. So, in psychology what are "the rules?" To oversimplify just a little (but not much), there are two rule sets:

Principle-driven validity: A psychotherapeutic intervention is deemed "correct" if it is congruent with core principles. These principles are essentially dogma, and originate from the thought of those who are most articulate and persuasive.

Two examples: In a behavioral psychology therapy model (and there isn't just one!), if a psychotherapy intervention is based on resolving subjective conflict between personality states and internal emotional conflict, it cannot be correct, for behavioral psychotherapy models do not value such things. They don't even consider them at all. However, in a psychodynamic model (again, there are many), basing an intervention on such things is assumed. It is what must be done, to be "correct", because it is such things which are seen are driving psychopathology.

Data-driven validity: A psychotherapeutic intervention is deemed "correct" if it is congruent with the consensus of research-based knowledge available at the time. Interventions are validated by their results. What gets results best is the most "correct". Explaining the results in terms of any model or theory is, strictly speaking, optional and not necessary.

Now, I have deliberately sketched out two extremes, to clarify this core distinction. One can think of principal-driven validity as essentially theological in character: elegance and coherence of thought (how well various elements fit together) is highly valued. In data-driven validity, being able to get results, and to demonstrate this by means of formal, published research, is highly valued, with being able to explain those results much less valued.

In reality, the days of models that are purely principle-driven are drawing to a close. Insurance companies, and even entire national health systems, are increasingly demanding data-driven intervention models - "evidence-based psychotherapy". This trajectory is not likely to change in the future, for these models simply get better results, and they can prove it.

Therapeutic Correctness - Probably the Wrong Question For A Consumer

As can be seen, to know if your therapist is doing the "correct" thing, you must know what kind of model he is using. The problem, from the point of view of a psychotherapy consumer, is that even if you can determine this, you still have a additional problem: understanding the specific version of the general type of model (principle or data oriented) well enough to evaluate what s/he's doing. That likely is not a demand most consumers will be able to meet.

Fortunately, there's another approach which most consumers can use, and with good and meaningful results. In my next post, we will no longer be looking at your therapist, and instead will be looking at you, the psychotherapy consumer. As you will see, you can do a great deal more with this approach!

Thankfulness: How to Bring Gratitude Into Your Life
Get Your Brain Motivated to Recover From PTSD