How to Forgive in PTSD Recovery So You Can Heal 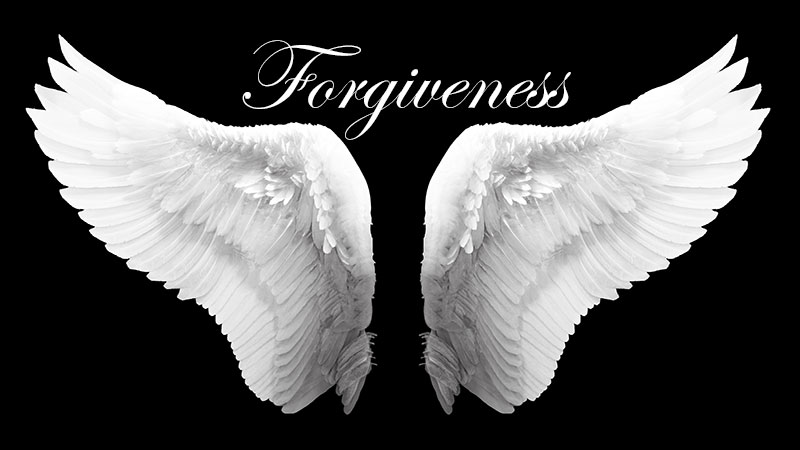 Last week, I wrote about what happens when we don’t forgive, and why it might be a good action to take in PTSD recovery. If you’ve come to the conclusion that you might be ready to forgive, the first roadblock to this might be not knowing how or what to do. This week, I’m following up with a very easy process that sets you on the path to forgiveness in a way that maintains your power, safety and control.

Why to Forgive in PTSD Recovery

When we withhold forgiveness, we really hold onto the small amount of power we have. We say to the person who hurt us, “No!” For some of us, that may be the first time we feel that sense of power, and maybe even the one and only time we have the opportunity to deny our perpetrators or place barriers, boundaries and prisons around them or between us.

Having that sense of power is positive – at first. The problem is:

The person we don’t forgive for our traumas often is a person with whom we have chosen to have limited or no involvement, which means it’s a person who doesn’t feel the brunt of the blow we imagine our lack of forgiveness brings. Instead, we bear the brunt of that blow as we carry the burden of maintaining the energy non-forgiveness requires.

Dr. Margaret Nagib, clinical psychologist and faculty member at Timberline Knolls Residential Treatment Center, sees forgiveness as a way to free ourselves to greater power, more than the power of refusing forgiveness offers us. She explains,

“Hurt impacts our spirit, that part that is the essence of who we are. It also creates ties between us and those who hurt us. Forgiveness is about letting go of the unhealthy connections between us and others. It’s about saying, 'I choose to release this person that is tied to me because of what they did to me.' So, you have to ask yourself: Do I want to drag around with me (for the rest of my life) connections to the person who did me the most harm?"

If your answer is, “No way!”, Dr. Nagib has four simple steps to jumpstart your forgiveness process.

5 Steps to Forgive in PTSD Recovery

Step One: Forgive out loud.

Step Two: Identify the lies that were created because of how you were wounded.

Experiences teach us things and put in place belief systems that can often be erroneous. It’s important to identify the lies that trauma has taught you. Ask yourself what you believe because of what happened to you, and then assess how accurate those beliefs are.

Taking back your power means creating the world in which you live. You create that world by what you choose to believe. When you say out loud, “I renounce the lie __” (and then as specifically as possible state the lie) you begin creating a new world in which you become more and more empowered.

Your Inner Wisdom knows what truth replaces the lie. Ask your Inner Wisdom to reveal the truth. Then, take some time to identify, notice and imagine how living this truth will change your life.

I’d also add a fifth step. As a PTSD coach, my focus with every client is to identify choices to make and actions to take in order to move forward into the life you would like to be living.

Naming and acknowledging the forgiveness process puts you in position to move past it. Through the previous steps you shifted from powerless to powerful. Still, you can deepen the process by embodying it. Here’s how: For each new truth, imagine that you can do something that shows the world what you now believe. Choose an action and follow through with it to join the truth of it in your mind with the truth that’s in your body.

APA Reference
Rosenthal, M. (2013, September 4). How to Forgive in PTSD Recovery So You Can Heal, HealthyPlace. Retrieved on 2022, September 30 from https://www.healthyplace.com/blogs/traumaptsdblog/2013/09/healing-aspects-of-ptsd-with-forgiveness

Great article. More information on this and forgiving someone who truly doesn't deserve it. Values of a person who accepts snd repent completely of the past? How is it that they say that love is greater than all things yet it is impossible to forgive someone who is madly in love with me still?

First and foremost, it is not our job to "fix" anyone. All we can do is set a good example. IMHO it is not a bad thing to not "forget" as that is a lesson learned that hopefully we don't get in that situation again. Which is why there is so much history in the Bible, so we can learn what NOT to do. Lastly, stop blaming yourself. Your children i'm sure are old enough to make up their own minds about life and you have to allow that. Yes they may make mistakes but all you can really offer is advice IF asked. Try not to think of them as little children anymore but as grown adults that have to be responsible for themselves and try to distance yourself from that. Otherwise, you will become co-dependant and "feel" what they feel. Give yourself a break and do things for you to build your self-esteem. (((HUGS)))

Why can I forgive easily but just cannot FORGET - the pain, the hurt, the betrayal caused my someone most dear to me (in this moment, my 1st born 21-year old daughter). I am a practicing Christian & have learned to forgive at an early age. But today I 've acknowledged that I have now entered into a "mourning stage" - grieving the loss of the love she no longer feels for me. I look @ her & just see/feel a physical body - her heart has grown cold & turned into stone, towards me. I would still die for her, if need be, but her rejection is killing my heart. Can any mother out there offer any advice please? I still have a 17-year old daughter who is compassionate, yet confused. We are a divorced, dysfunctional "family" & their father is a bona-fide diagnosed narcissistic sociopath. I am trying will all my might to "save" them from his controlling, fearing behavior.

Hi Michele...tk u for your work in the area of PTSD! I read the above article however this seems to fit more of a offender/victim event type of PTSD. I've dealt with and live with PTSD everyday since my last tour in Iraq (2 Wars total of 4 tours). Meds have helped along w therapy, just wondering if u have more Combat specific info you can pass to me! Bless u for what you do for others!!!!

@Lee -- First, thank you so much for your service and bravery. I'm in awe every day that you and others can do what you do.
Second, I think the challenge for each of us in the PTSD healing journey is to find ways to apply universal concepts to our individual situations. If the idea of forgiveness resonates with you then the question is how to apply the ideas outlined here (which may sound like the are purely civilian but are actually purely human) and make them work for you.
Let's dialogue to explore and begin with this question: In what way do these concepts not seem to apply to the combat experience?