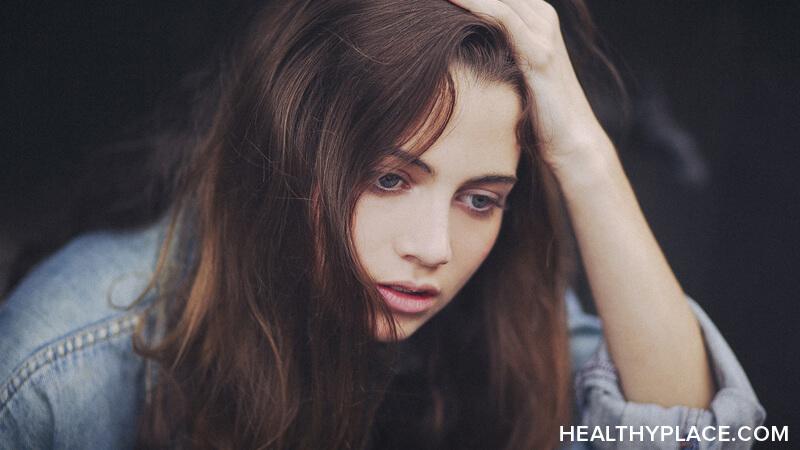 Fiction is a great way to explore ourselves, the world around us, and our imaginations, but it also has the potential to spread mental illness myths. Not surprisingly, that also includes myths about the people who live with mental illness. Unfortunately, the myths are more often than not harmful to people with mental illness in the real world.

Mental Illness Myths Promoted in Movies Can Be Harmful

Movies, generally fictional tales, often exploit mental illness myths. As a fiction writer, I understand bending and exploring reality. That part of storytelling doesn't bother me. Doing it at the expense of others without any redemption or explanation later in the story is where things become problematic for me.

This blog comes on the heels of watching Bird Box. I haven't had the opportunity to read the book, but the film has taken the Internet by storm. Originally, despite Netflix's 90-whatever-percent match, it didn't seem like the kind of movie I'd be interested in. When I saw others commenting about the mental health stigma they felt they saw in the film, however, I wanted to take a look for myself. There were three things that stuck out for me in Bird Box that are also prominent in other fiction, but in particular films, that touch on mental health.

Many films position mental illness as a sort of antagonist (the bad guy) in and of itself. It comes off as terrifying and, by connection, so do the people with it. Not only are they dangerous to themselves, but to others as well. ("I'm Not Dangerous, I Just Have Dissociative Identity Disorder")

It could be in an effort to explore the origins of mental illness, but the next myth says mental illness is something caught from a malicious outside source. In that way, it presents this idea that this awful thing happens to otherwise good people and makes them bad or crazy ("Mental Illness Definition: What Is Mental Illness?").

Myth #3: There Is No Hope for People with Mental Illness, Only Suffering

In Bird Box, in particular, I noticed that there was never anything for the "crazy" people but suffering, death, and bringing both on others. In the film, a solution to what was happening to people was never even explored. Instead, everyone was too terrified of the "crazy" people and hid away for the majority of the story ("Helpless, Hopeless? It Doesn't Always Have to Be that Way").

Fictional Mental Health Stories Are a Reflection or Interpretation of Reality

Fiction is often thought to be a separation from reality, but the stories we make up often can tell us more about the world around us than we realize. Watch this video to learn more about what mental illness myths in film and other forms of fiction can tell us about reality.

Great information, Dr. Ferati! Thanks for taking the time to read and share that with us. :)

Abuse with mental illness exhibits tremendous impediment to mindful current psychiatric treatment and management of persons with any mental disorder. Among inherent negligent and scornful attitude toward mental illnesses, the existence of many myths to mental pathology present painful and ruinous issue to comprehensive mental health care system, all over the world. When any person with inventive skills this myths misuses for personal and financial goals the issue become more despair. As you remark, three bad-famed myths in the fiction movie Bird Vox indicate the start point to spread the primitive prejudices on mental illnesses and their appropriate psychiatric treatment. Just for information, mental illnesses are among successful treatment diseases by up to date psychiatric diagnostic and therapeutic interventions. Against atavistic world-out look persons with any mental disorders aren't more dangerous than healthy mental people. Mental illnesses are frightening ones but eligible psychopharmacologic medication soften profoundly strange symptoms and signs. By mindful rehabilitation and resocialization psychiatric patients can to return theirs personal, interpersonal, occupational and social performances. All these and many others positive facts about satisfying psychiatric treatment of mental illnesses indicate enough argument to interrupt the pejorative voccabulary against mental pathology on the whole.