How Talking About Willpower Contributes to Mental Health Stigma

As I touched on in my last blog post, creating a divide in which some of us are strong and some of us are weak can shepherd in negative thoughts of, “Why can’t I just stop being like this?” or “If I were strong like that person I wouldn’t have these problems."

I don’t say this out of speculation; I say it because I know from firsthand experience. I used to be the one with that kind of loud thought chaos in my head daily. I used to face stigma thanks to talk about willpower.

Willpower and Mental Illness Aren't in the Same Equation

Point blank, mental illness is not about willpower. Willpower, as a defined by the Merriam-Webster dictionary, is the ability to control oneself or a “strong determination” that allows a person to do something difficult.

Now, you might be thinking that I’m so wrong about my previous statements and that, clearly, willpower fits into mental illness, but consider this: would you try to heal a broken limb with willpower?

I have a feeling the answer is no. And mental illness is the same way. 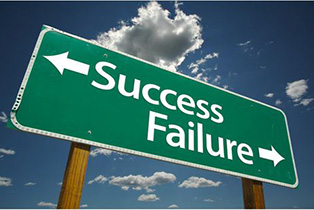 When I read the words “stay strong,” I hear, “Weakness is not an option. Will your way through this.”

But, the way I see it, denying that the lows happen and that sometimes we feel ultra crappy doesn’t help. Sometimes feeling weak is a reality we have to deal with (Today I Don't Feel Good Enough: 4 Steps to Improve Self-Esteem). Should we wallow in the lows? Absolutely not, but to pretend that we can maintain a constant state of “strength” is disingenuous to ourselves, mental illness, and life.

The Problems of Willpower and Mental Health Stigma

Beyond just the simple strength versus weakness aspect, willpower also suggests mental illness is a matter of choice. It suggests that we choose to let this illness exist and affect us negatively, and while I agree that overall we shouldn’t let mental illness control us, sometimes it just does. Sometimes those lows come crashing in and there’s not much we can do but ride it out. I know for a lot of people when those lows do come crashing back, they think they’ve failed and that if they had only been stronger the lows wouldn’t have returned. But let me be clear: that’s not how any illness works, let alone mental illness.

I get it, when people tell each other to “stay strong” it’s with a “you got this” sort of attitude. It’s someone cheering from the sidelines, but, like I’ve said this entire post, I have a real problem with it when the crash and burn comes along and people feel like utter failures because they weren’t strong enough.

I’m wracking my brain for what we can say instead of that same old strong versus weak rhetoric, and I’m not going to lie, it’s kind of difficult because of how saturated positive-intention messaging is with it. Maybe it is just as simple as saying, “You got this.” to someone, though. Letting someone know they can experience the tough stuff and make it out alive on the other side is hugely important (How to Support Someone With Mental Illness).

Wonderful read. I think you hit the nail on the head in saying that the two are not linked. Like you said, people mean well when saying things like "stay strong" but it's not the most accurate. Mental illness is not something you can mentally muscle your way out of. Giving people the space to feel okay about what they're experiencing rather than shutting it down, tuning it out, is more helpful. Acknowledging the work it takes, without wallowing in it. Removing shame from the equation is another big one. Great share.