Is Mental Health Stigma Keeping You from Seeking Treatment?

Mental health stigma keeps many from seeking treatment (The Stigma of Seeking Mental Health Help and Treatment). When an illness such as schizophrenia or bipolar exists, two things commonly occur. The first is a symptom of a mental health issue which stigma makes worse called anosognosia. Anosognosia is when you have a mental health diagnosis but lack insight into your condition -- a huge problem with people who suffer from bipolar disorder. When you add this condition to mental health stigma, sufferers will not seek treatment because of these negative attitudes towards mental illness and their recovery period will be a much longer one. But that's not the only problem that may keep you from treatment 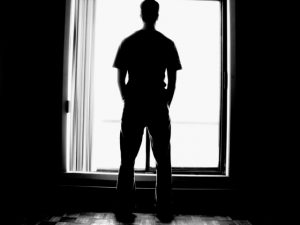 The other problem is more directly related to a mental health patient's illness and stigma, but not a cause of anosognosia. It is when a person simply lacks education about mental health issues and they are suffering, but again, because of mental health stigma breeding fear and ignorance, these people don't realize that anything is wrong and that they need help and treatment. In this case, people may not have anything to compare a depressed state to in their lives and just think it is normal. Depression is far from normal, though, and can be extremely difficult to live through. Again, stigma makes this worse because when people who are suffering have never had truthful, honest education about their condition, they will shun treatment.

At the young age of 14 I was sent to a psychiatric ward by my parents and my mom's doctor for observation for two weeks. At that time, my only impression of mental illness was seeing my mom being treated for depression, and though her condition was quite severe, I didn't understand even the smallest thing about treatment of mental health issues. The community I lived in had very few people who appeared to have a mental illness and this lack of understanding and lack of compassion for the mentally ill resulted in me being afraid of the people who were also seeking treatment. Even in the psychiatric ward, mental health stigma, which I mostly learned from TV and movies, caused me to believe that I could solve my problems on my own, that I didn't need treatment for a mental health condition in the form of pills and psychiatrists.

As a result, my life didn't really start to go well for me until many years later when I accepted my condition and accepted that other people with mental health issues needed treatment and so did I. When I did come to this point, of making close friends with others who suffered from mental illness, I found the best way to battle stigma was by sticking with friends who either didn't have a bad impression of people with mental health issues or those who would never stigmatize my mental illness because they themselves dealt with the same thing.

Don't Stigmatize Emotional Reactions to the US Election
How to Combat Mental Health Stigma with Trending Posts
dr Musli Ferati
June, 18 2018 at 11:42 pm

The general denominator of your subtle question is ignorance on mental illness, which one nurture the stigma toward mental health. These paradigm to mental health issue seriously impede appropriate psychiatric treatment and management of any patient with mental illness. So it ought to improve and and develop the universal system of psycho-education, elsewhere and at any time. In this direction, formal, sporadic and protocol-like campaigns couldn't help the antistigma against mental health issues. It ought to implement corn stone principle of mental health care into daily social life. Mental health and its connotations should be the priority of each community: scholarship joint act, academic partnership, huge medical care system, government co-ordination, citizen activity, pious rite, professional associations, justice establishment, economic ownership and so on. Without this substantial antidogmatic approach against frightening nebulous upon mental health/illness the perspective of current mental health service would be desperate.

I can't imagine hearing that from the person you got up enough courage to ask for help ... I can tell you that you should not give up searching for help for the right people to give you what you need . Yes , I know you are saying " easy for YOU to say"
AS you witness and lived not all DR are equip trained and geared to be support systems ( i know it sounds CRAZY but it's true) . You will ,you can and it is best for your longevity, happiness and bottom line for you to find a DR, RN, Social worker or therapist that fits with you and your needs. Try support groups until you find the right fitting provider ... it they may seem like a farce, joke and not worth the time BUT they are worth it if you would give it a chance... I send you courage and a hug
Isidore
Keep striving

I will never again reach out; I was at the Dr’s yesterday after nearly 3 weeks of non stop crying and insomnia. He was a jerk and told me “ this will get better”