Sometimes, mental illness stigma comes from a loved one's concern for us but mental illness stigma that comes from concern still hurts. For example, I don’t talk about the period of time in my life when I was suicidal. On the rare occasion I might, it will be a fleeting comment or a quick attempt to brush it off as if it were nothing. Even in the articles I’ve written about it, it’s more to talk about how it worked (the way the idea was stuck on repeat in my head; the way it drowned out all other options) rather than the way it actually impacted me. I wish my loved ones didn't react out of concern for me. When they do, I feel as if I must explain myself instead of just talking out the problem. Their concern shows mental illness stigma. 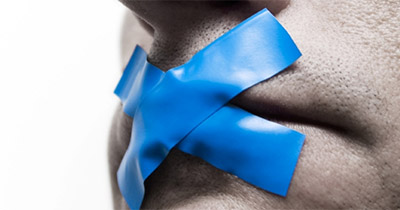 When we look at mental illness and stigma, we often think of negative and hateful words lashing out at us or any comment that might be driven by ignorance. Thinking about why I don’t talk about the fact that I had planned how I would end my own life or how much I felt like I was being crushed by the thought of that option made me think about why I didn’t and don’t speak about it. I feel like it must come from a place of stigma, somehow, since it is stigma that silences us. But I’m not afraid of the negative, hateful words.

I think it comes down to the fact that I’d just prefer to have it be a statement of fact rather than a tragedy. The other reactions that we get from talking about suicide and suicidal ideation are deep pity or panic. It’s not exactly a negative response since those often come from a place of concern and caring, but it still has a negative impact on us.

Instead of being able to simply say this is how it is or this is how it was, we’re forced to try to comfort the other person. We have to remove the pity from their eyes or calm down the frantic questions when really all we want is for someone to listen (Understanding and Helping the Suicidal Person).

It’s not just the sheer thought process that weighs heavily, but everything to do with it. Like the mental illnesses, most commonly depression, that lead up to suicidal ideation, it’s exhausting. It’s exhausting to have to deal with the thoughts, with your own existence, with trying to pretend nothing is wrong and you’re not thinking about ending your life. It’s exhausting trying to cling to the reasons to keep breathing when all you want to do is put a pause on life and take a long nap. The unfortunate reality of mental illness is that pause offers itself up in a somehow tempting, permanent option of suicide.

Don’t freak out and try not to pity us. Yes, we’re struggling and yes, we need help, but we’re not sharing to elicit a pity party or to cause a frenzy (So What If a Suicide Attempt Is a ‘Cry for Attention?’). Personally, I’d love to be able to share more openly about it without thinking about my loved ones worrying. I want to be able to say that I’ve dealt with it and, who knows, may someday will deal with it again, and, potentially, be able to help someone going through the same thing.

I understand; hearing someone you love say they are or have been suicidal is shocking and worth a freak out, but in the moment we share may not be the best time to express that. I much prefer a calm conversation with questions being asked than to feel like I’m going to have to go into damage control mode, and I’m sure many other people do, too.

Mental Illness Stigma and Relationships: When to Be Honest
Parents Affected by Mental Health Stigma