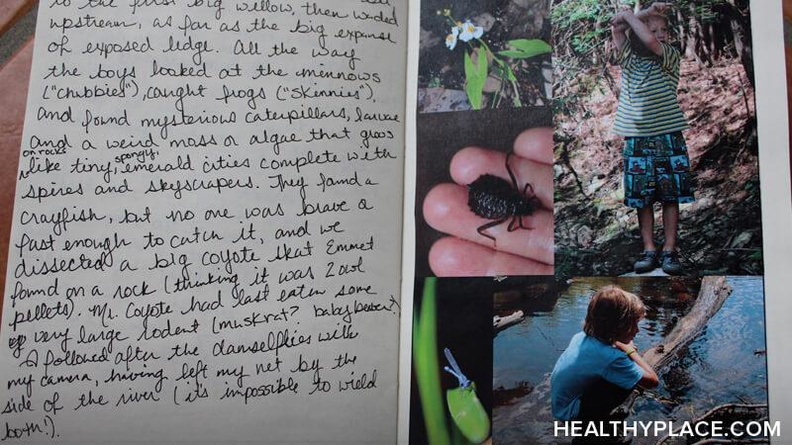 I recently read a blog written for Healthy Minds Canada, titled Getting Bad Again and this made me realize how much mental health stigma affects our personal stories. The piece, written by Emma Holden, broached a subject I find myself dwelling on. What she wrote about was how as bloggers, as writers, and as people dealing with mental health issues, we tend to only discuss things in the past tense. We talk about that time we were sick, but how now we’re in a much better place. In her post, she says, “It’s a lot harder to open up and admit something you are currently dealing with.”1

I agree. I also think there are pretty distinct reasons as to why: mental health stigma affects our personal stories.

Personally, I think the most evident reason we often speak about our mental health from a recovery perspective is because our minds are clearer. Hindsight, it is said, is 20/20, something which applies in this case as well. When we’re in the throws of our struggles, our minds are usually in turmoil. It’s more difficult to see past the negative thoughts, the pain, the chaos and whatever else is happening in our brains. We’re just so wrapped up in whatever disorder we’re dealing with that it’s hard to see anything beyond that existence, never mind trying to put that experience into words to share. 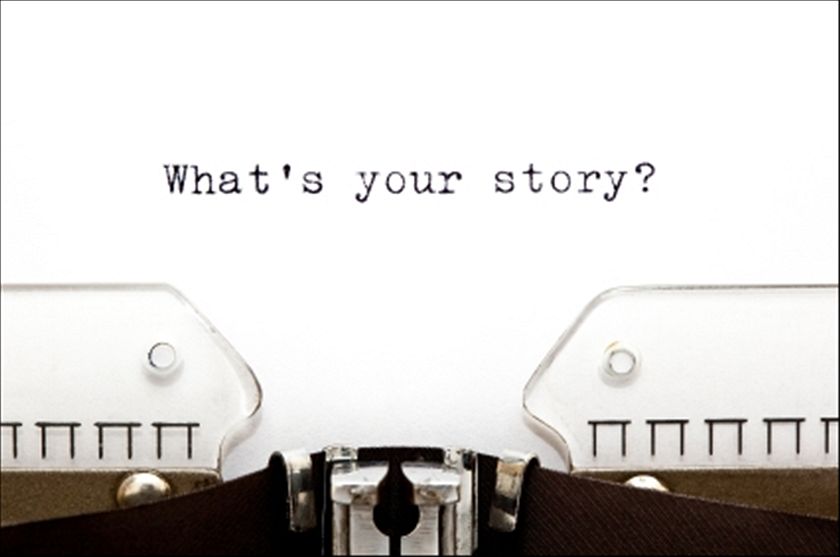 Another reason I think we tend not to speak about our struggles in the present is because of the ever-existent stigma. In particular, when we are struggling, stigma can be hugely powerful and silencing. We’re already dealing with our own inner bedlam, probably even fighting self-stigmatizing thoughts, and having someone outside “confirm” that what you’re feeling is wrong or weak or whatever other nonsense they can come up with is a blow to what little strength we have left (How To Deal With Mental Health Stigma).

Not to mention, it is just downright exhausting to deal with the ignorance a lot of the time. True, it’s exhausting to deal with what’s going on within us, too, but at least that’s contained. At least that’s something only we know about and only we deal with, rather than having the addition of an external opinion of “snap out of it,” “you could get better if you tried” or “I don’t want to hear about it” weighing down on us (What Not To Say To Someone With A Mental Illness).

Sometimes it’s because people are dealing with their own struggles and have trouble seeing outside themselves. Sometimes people just feel like they don’t have the means to offer help.

Often, it’s people who don’t know any better because they haven’t educated themselves and would rather brush someone off than learn about mental health issues. Often, it’s a simple matter of not realizing that the brain can get and be sick, too.

If you’ve learned that someone has been struggling, or did struggle, in silence for a long period of time and are wondering why they didn’t just say something, know these things play a huge part in what is vocalized, what is not, and when.

Some Effects of Mental Health Stigma on My Story

For a bit more about mental health stigma and personal stories, including a bit about my own experience, see this video.

Decrease Stigma: Social Anxiety Disorder Is Not Shyness
Surviving Mental Health Stigma Through the Holidays
b
December, 23 2015 at 12:24 pm

I have gone so much hell in my life. i lost my parents prior to the age of 21 and i have no family. then a friend said something to me that made me really think. so i want to pass this on..
my every thoughts and actions, tell me who i am/being who I am until I quit.
so we are exactly who we have become come by allowing our thoughts to be who we are..if that makes any sense.
for me my parents never really raised me. i was told to leave the house and go play, and my mom never loved me, so now I have to raise myself the way i would have wanted to raise myself, does this make sense...so i have to look in the mirror and imagine a child that missed out on love and start loving myself, and not worry so much about others. when we reach out desperately trying to get love from others, sometime others will sense this and use us.
If we have any negative thoughts about our-self it will only change once we change our minds.
we only believe what we accept, for example a child does not know any better when they are told that they are dumb or stupid, all because they accepted it as a fact. when we stop accepting what others have brain washed us to believe then we can start from a new slate. and that is where you start raising this wonderful child, the way you want to raise yourself.

I was foundering if you have a way to help me stay stable I suffer from bipolar II, anxiety disorder, avoidant personality disorder, and depression. Where I go for mental health services they are taking everybody off anxiety medications and sleeping pills. I am not adjusting well and not sleeping and they have also taken away individual therapy and put us into group therapy. This being done state wide in CT. It is awful. Any advice to offer?

Hi Lisa. Unfortunately, I have no experience with bipolar or avoidant personality disorder, and ultimately I am not a doctor so I don't really know what to suggest to help you stay stable in the wake of mental health services taking away your resources and medications. I do know HealthyPlace has a ton of links, and maybe some of them may be helpful to you? For instance, here is a link to a page they have about bipolar resources and information (http://www.healthyplace.com/bipolar-disorder/); maybe if you search the site for other pages like it for your other disorders you can find some helpful tips.
I think too that you're going to have to make your needs known to these people. It sounds to me like your mental health services have probably received budget cuts or something of that sort, which would be why they're taking things away, so I think it's particularly important to make them realize how badly these cuts are affecting you. Maybe they will have some tips or guidance to help you adjust, too.
Sorry I couldn't be of more help. Best of luck!

When I am in that place of vulnerability, I tend to put extreme limits on what I say to which people. Have tried sharing with some fb friends who simply have an issue with mental illness. These folks are usually my African American friends (most say nothing). Huge stigma in the black community. Also the same with African American church and members. If you would pray, you would be fine. We ALL get down. . .and you have a demon in you. I actually had a pastor who said (from the pulpit) that mental illness and emotional issues are of the devil. I don't go to that church anymore. Just easier to keep my mouth shut.

I think in a situation like that, in which the stigma and ignorance are so engrained in the belief system that even their religious beliefs deny mental health exists, it is definitely easier to walk away. Probably safer for us too because it could just become exhausting and disheartening to try to find it. Sometimes we have to pick our battles. Sorry to hear you've had to face this kind of thing. :(