Recently, I have developed an intense fear of flying, and it is quite odd because it never used to be this way. In my mid-20s, I flew to South Korea twice, and I even passed out during the entire flight, snuggled beside the emergency exit. Things have definitely changed over the years, and having a mental illness has made traveling quite a bit more daunting. Not only because of the fears that crop up, but from encountering stigma during my travels.

Last week, I finally made up my mind to accept the Canadian Depression Research Intervention Network’s (CDRIN) generous bursary to fly me across the country to attend their informative and inspiring annual conference. I was proud to be invited as a contributing and valued professional with lived experience. Upon beginning my travels, I was petrified, but I kept reminding myself that I have never let fear hold me back from anything in my life, and it was not going to take a hold of me now. Upon being jammed packed into a very large plane at 6:30 a.m., I strapped on my seatbelt, and we were ready for take-off. Suddenly, the captain announced that we had to evacuate immediately as there was a maintenance issue with the plane, and the airline had to fly over a technician from another city to fix the problem. 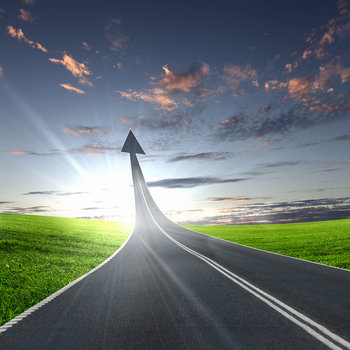 Subsequent to enduring a three-hour delay, tears streamed down my face and I was actually blubbering as I approached the entrance to the plane once again. There was no way to hide my true emotions of worry and fear. Three airline attendants observed me closely as I walked past them, but they quickly looked in the other direction. They obviously did not know that I had a mental illness, but they also did not simply ask me if I was okay. It would have been comforting to know that someone actually cared about my emotional well-being. Perhaps, if I had been on crutches and tripped, nearly falling, then the scenario would have played out very differently.

How does this situation relate to mental health stigma? I felt somewhat self-stigmatized because my condition was hidden in my own brain and I felt embarrassed for baring my raw emotions. Additionally, if I had disclosed my illness, there may have been possible repercussions, such as being deemed unstable to fly even though I was definitely more than stable. Luckily, I did not have to face this dilemma but I certainly know of others that have.

Facing Mental Health Stigma While Traveling and Not Taking It Personally

A friend of mine who has bipolar disorder travels to exotic places quite often; she is triggered by large crowds but she has endured them plenty during her travels. Upon her return from a holiday, she went to grab her carry-on bag from the overhead compartment and she began to shake vigorously. She then went on to experience intense vertigo, anxiety, panic, and plenty of paranoia, that left her paralyzed and scared in her seat. She was the last one left sitting in the plane, barely being able to stand, so she mustered up the courage and asked the airline attendant for a wheelchair to be brought to the luggage area. The airline staff looked very confused, even when she continued to tell them that she had bipolar disorder, and was having a mental health episode. Eye-rolling ensued as she attempted to explain her emotional triggers and she started to feel self-stigmatized, but she also felt the stigma and judgement of the flight staff.

While traveling, you may just have to be prepared to feel stigmatized at times, not only by your own self-judgements, but by society that treats broken bones and broken minds very differently. Still, I did not let my fear of flying stop my amazing trip, and I learned not to take people’s reactions or non-reactions personally. I know now that it is the self-stigma that I want to manage more effectively, and if I need a wheelchair to get to my destination because my mental illness nearly cripples me, then I will just lay back, hold on tight and enjoy the ride.