When the Present Fuels Past Eating Disorder Temptations 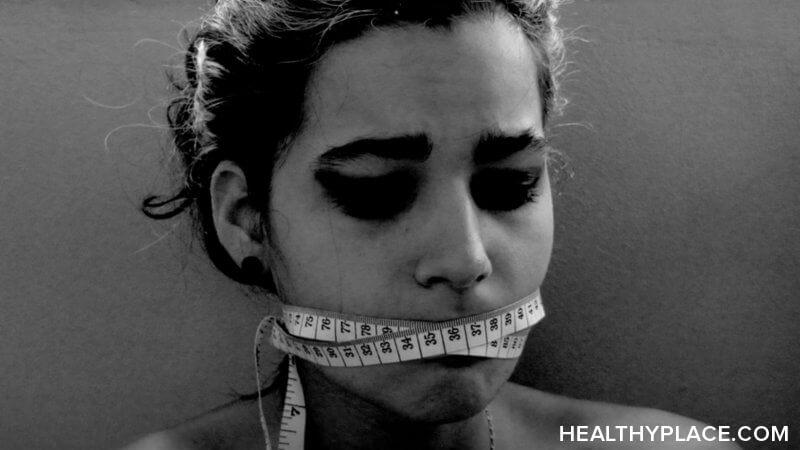 I find myself asking: What should my response be when a present situation fuels past eating disorder temptations? I need to examine why I flirt with behaviors I know are unhealthy when life tosses me an unforeseen curve ball. Then I can choose a different course of action—one that honors recovery rather than placing it in jeopardy.

Why the Present Can Fuel Past Eating Disorder Temptations

I am not a psychologist or mental health clinician, but as someone who has spent 20 years in therapeutic settings, I've learned that present circumstances often arouse past behaviors and reactions because of how the human brain is wired. There's a region within the brain's limbic system known as the amygdala. Its primary function is to process emotions and memories, specifically those related to fear; so, if an incident occurs that the amygdala perceives as a threat, it will activate the body's natural reflex to fight or flee.1

Of course, this is beneficial in cases of real danger, but as a therapist once told me,

"The amygdala cannot differentiate between similar and same."

What exactly does that mean? Sometimes the amygdala miscalculates and thinks a circumstance is unsafe because it bears some vague resemblance to another threatening event from the past.

As a result, this can impair rational decision-making and switch on the impulsive urge to flee toward behaviors that offered a sense of security or escapism when the former threat was actually occurring. So if I used to run to my eating disorder as a means to avoid or cope with an unsafe, overwhelming, and traumatic circumstance from my past, then if I'm not careful, history could repeat itself. A present situation, which reminds me of the previous trauma or causes a similar emotional response to flare inside of me, can fuel those past eating disorder temptations and pull them back to the surface once again.

What I Do When the Present Fuels Past Eating Disorder Temptations

Ultimately, when a present situation fuels past eating disorder temptations, it's my choice as to whether or not I act on those urges. The sense that I need to numb out from a perceived threat by returning to familiar eating disorder behaviors is a twisted form of self-preservation. In the moment, it might seem like I am incubated from harm, but in reality, I am avoiding the uncomfortable but necessary emotions I must feel in order to heal. In other words, I am stunting my own recovery process. But I can choose another, healthier path.

The amygdala is part of my brain, which means I can work to regulate and stabilize its impulses rather than allowing them to control me. When the amygdala sets off internal alarm bells, I don't need to react automatically. I can take a breath to evaluate whether the current situation is actually unsafe or just a reminder of some past, unresolved hurt. Then I can use this information to formulate my response.

Will fleeing back to the old patterns of my eating disorder heal this pain and fear I am currently experiencing, or will it provide nothing more than a brief, illusory distraction? What actions can I take instead to soothe my agitated emotions, compose my jumbled thoughts, and restore myself to balance? When a present situation fuels past eating disorder temptations, I have to make a decision: Will I lean on the crutches of these comfortable but harmful behaviors—or will I leave them in the past where they belong?