Living with an Invisible Eating Disorder 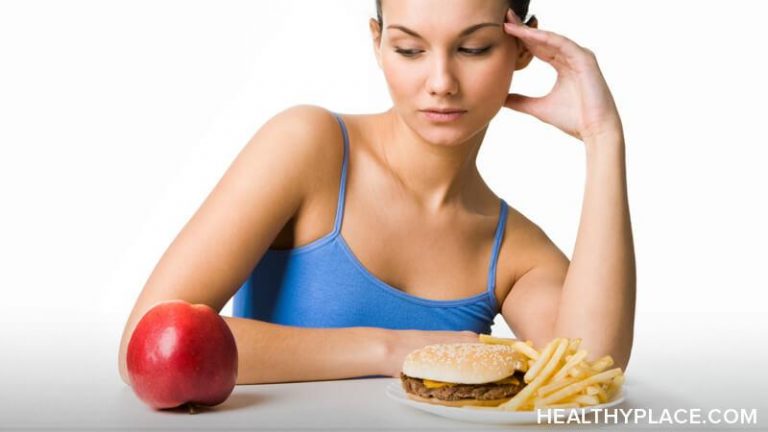 Do you automatically equate an eating disorder with anorexia? Would you be surprised to learn that there are many different types and sub-types of the disease? And that most people with an eating disorder in the U.K. defy the prototype of the "emaciated teenage girl who refuses to eat"?

Five years ago, I would've answered "yes" to all three questions, despite meeting criteria for multiple diagnostic categories of eating disorders throughout my teens and 20s, including bulimia and atypical anorexia. Surrounded by stereotypical media depictions, I never believed that I fitted the mold or looked the part. Anorexia was the only eating disorder I grew up learning about, and I wasn't underweight, nor was I particularly fixated on being skinny. Underneath a seemingly healthy, well-functioning exterior, lurked a wide spectrum of eating disturbances, including severe restriction and binge-purge behaviors, which were endured in silence and secrecy until I sought recovery in my late 20s.

Several years later, I undertook research in the field of eating disorders. I observed firsthand that the disease manifests across a wide spectrum of characteristics and behaviors, and there are many different risk factors beyond the cultural pressure to be thin, including genetic and psychological triggers.

One of the most common invisible eating disorders is bulimia, a complex psychological disorder characterized by a cycle of binge eating and compensatory behaviors, like purging or over-exercising. Bulimia is estimated to be four times as prevalent in the U.K. as anorexia but often goes unreported. Despite the physical and emotional dangers, including a ruptured esophagus, tooth decay, and suicide, a person can live with the illness for years if not decades without getting help, since it doesn't necessarily result in any dramatic weight change.

Another under-diagnosed eating disorder is "other specified feeding or eating disorder" (OSFED), previously known as "eating disorder not otherwise specified" (EDNOS) in the older edition of the Diagnostic and Statistical Manual (DSM). OSFED applies to people who don't meet the full criteria for anorexia, bulimia or binge-eating disorder, because their symptoms don't occur as frequently or haven't been occurring for long enough. Atypical anorexia is an example of OSFED whereby an individual presents with most of the symptoms of anorexia, including restricted food intake and intense fear of gaining weight, but hasn't experienced significant weight loss.

While researchers and mental health professionals are moving towards a better understanding of these disorders, invisible eating disorders still remain shrouded in mystery for many patients, family members and treatment providers. Cliché-driven narratives served as a blindfold throughout most of my illness, preventing me from accepting that I had a problem. My difficulties rarely fell neatly into a single category, and since I didn't look frail or sick, my eating disorder didn't feel "real" for a long time, irrespective of how much pain it caused me.

Unlike other mental illnesses, when it comes to eating disorders we somehow feel licensed to judge how unwell someone is by their appearance. It's important that we reconsider our erroneous assumptions about what an eating disorder is supposed to "look like", challenging the stereotype that the disease is inexorably synonymous with thinness. As more people struggling with an eating disorder are able to identify with the representations around them, we can begin to break down the stigma embedded across our society, making it easier for survivors to recognize and accept their invisible eating disorder, and seek out the help that they need and deserve.