How Can Eating Disorders Impact Youth in the LGBTQ Community? 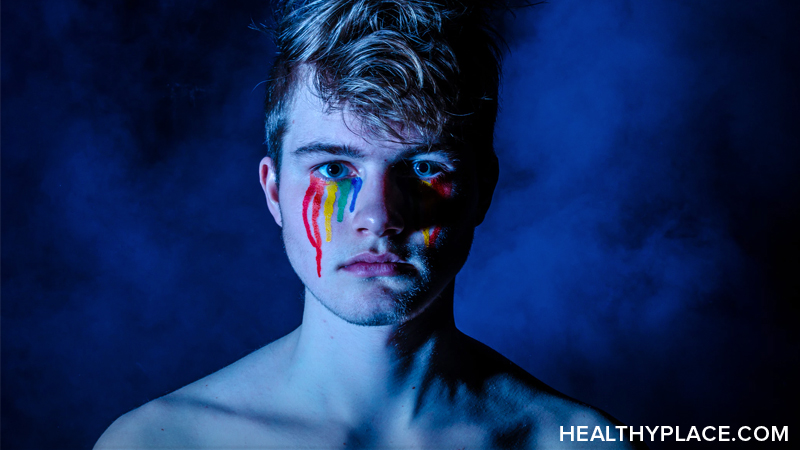 While anorexia, bulimia, and other related illnesses can affect the members of any population, evidence shows eating disorders have a disproportionate impact on youth in the lesbian, gay, bisexual, transgender, queer (LGBTQ) community. As of 2018, more than 50 percent of U.S. residents between the ages of 13 and 24, who self-identify as LGBTQ, have suffered from an eating disorder at some point in their lives.1 This research is based on a nationwide survey of 1,034 people within this demographic, and it stands to reason, this steep percentage is a result of the unique obstacles or traumas that LGBTQ individuals often experience. So let's discuss how eating disorders can impact youth in the LGBTQ community—and how to support those who face this painful reality.

Why LGTBQ Youth Are at Risk for Eating Disorders

Adolescence and young adulthood can be difficult enough to maneuver without any additional risk factors, but for people who do not conform to the heteronormative model, these stages of life can be even more turbulent. In many cases, LGBTQ youth are subjected to ridicule, ostracism, discrimination, and various forms of abuse due to their sexual or gender orientations. This marginalization can lead to intense criticism, doubt, and hatred of their own identities. The less safety and freedom these young people feel to express themselves around their peers, families, or cultural institutions, the more susceptible they might be to self-harm tendencies which can include the onset of an eating disorder.

In addition to the threat of prejudice and homophobia, youth in the LGBTQ community often internalize a negative perception of their bodies. They might feel trapped inside anatomy which does not reflect the sexuality or gender they connect with, and this biological discord has the potential to cause body controlling behaviors. In fact, the National Eating Disorders Association (NEDA) reports an increased rate of body dissatisfaction and various binge-purge symptoms in LGBTQ teens as young as 12, compared with heterosexual teens.2

How to Support LGBTQ Youth Impacted by Eating Disorders

Because LGBTQ youth might lack a supportive network of friends or family members, who are in a position to raise concerns about disordered eating, this can isolate them from accessing treatment resources and recovery communities. To further exacerbate this issue, not all mainstream therapeutic centers are equipped to treat the multi-faceted connection between eating disorders, sexual or gender orientation, and the trauma of marginalization. For this reason, young LGBTQ people often have depression, anxiety, suicidal ideation, and other comorbid mental illnesses, in conjunction with the eating disorder.

In order to combat this dual stigma of homosexuality and eating disorders, as well as to support LGTBQ youth in receiving the help they need, the first course of action is to push for inclusion. The discourse about male and female body standards must change, so that individuals who are gender non-binary feel accepted and empowered in their unique bodies too. Not to mention, advocacy for eating disorder awareness and education must take into account all impacted demographics—the LGBTQ community included. Organizations such as The Trevor Project and The Gay-Straight Alliance have made excellent strides toward equitable mental health resources for the LGBTQ population, but there is still work to be done. Eating disorders impact youth in the LGBTQ community at unprecedented rates, but they can recover with the knowledge they are not alone.