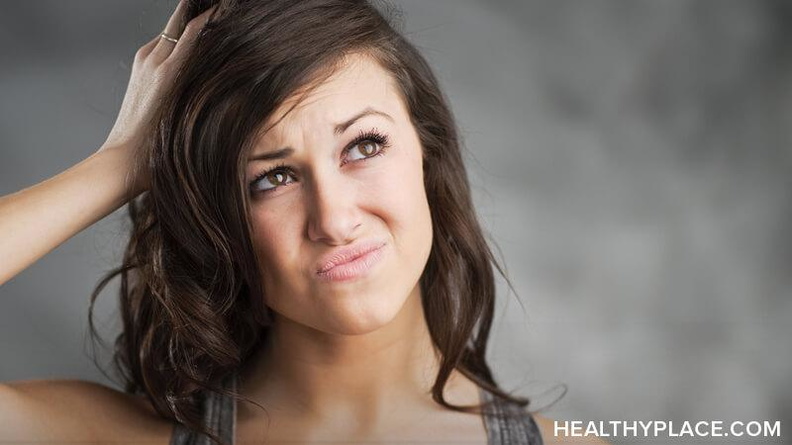 I used to believe an eating disorder was a choice. I thought extreme food choices and overblown beliefs about food and weight and the body as eating disorders, by definition. I thought these weird food choices needed to be dealt with by explanations and logic and stern words. It was clear to me that people who fasted half the day were internalizing their moral asceticism and people who dieted and then overate were more silly than anything.

I now see that I was wrong on both counts, and that we are dealing with two distinct things: "disordered eating" and "eating disorder." I find it very helpful to distinguish between them. I wish more people did. If we all understood the difference the public might take more care with our own habits, and have more compassion for those with eating disorders.

Differences Between Disordered Eating and an Eating Disorder

Disordered Eating Can be a Choice

I know lots of disordered eaters. They go on new diets every few months or adopt particular miracle foods as "the answer" to their health, weight, and mood problems. They believe certain foods are "bad" and others are "good." They feel good about, even evangelic about, certain approaches to food - like veganism or low-carb or Mediterranean ingredients. I know people whose disordered eating leaves them temporarily ill or permanently unwell. There are the under-eaters, the selective eaters, the over-eaters, and the erratic eaters. Just as there are many ways to eat normally, there are an infinite variety of disordered eating patterns as well.

Eating Disorders Are Not a Choice

But an eating disorder is different, and not just because you can fit into a diagnostic category. When I use the term "eating disorder," I mean a mental illness. A brain problem that creates obsessive thoughts and compulsive behaviors around food and the body.

While anyone can become a disordered eater, people with an eating disorder aren't making a choice. Eating disorders are not under the control of one's conscious logical process. A person with an eating disorder may understand very well what they are doing is unhealthy, illogical, and self-harming but insight doesn't lead to recovery or even to seeking help. The illness isn't coming from outside cues, but from internal ones.

Disordered eating can respond to logic when the person is mentally well. In fact most people who eat in a disordered way can't keep it up: their bodies and brains protect them by making it harder and harder to continue those patterns. Dieters almost always stop dieting. Weird food regimes are generally abandoned for other weird food regimes. But people with anorexia and bulimia and binge eating and other eating disorders continue to suffer both mentally and physically even as the illness eats THEM alive - and even when they have stopped their disordered eating.

Disordered eating hurts the body and confuses the brain, but an eating disorder is a problem with brain function.

I believe disordered eaters need help to change their thinking and behaviors, but not the same help as needed with an eating disorder. I think we all, as a society, need to stop encouraging and normalizing disordered eating.

But eating disorder patients need more than information. Anorexia and bulimia and their variants are life-threatening mental illness that require evidence-based comprehensive treatment. Although the disordered eating patterns around us may mask or even trigger eating disorders, we can't afford to treat them the same way. That's what we've been doing, and it does not work well. Not for disordered eaters, and not for those with eating disorders.

DSM: Does It Matter How We Diagnose Eating Disorders?
Your Child With an Eating Disorder Has To Gain Weight, But Do You?
Rebecca Stanbury
March, 25 2017 at 4:34 pm

Hi, I'm a student at UCL and I'm currently working on a project that aims to identify eating disorder symptoms in the general population in both males and females aged 16-25. Through doing this we hope to be able to identify risk factors in young people in the general population which may contribute to our understanding of how to best support people who may be at risk. This study is specifically exploring the link between eating behaviours and experiences of emotions and social situations. There is a question about weight and height but any questions that you don't feel comfortable answering can be left blank. If you are between 16-25 and would like to take part please follow the link below to find out more/decide whether you would to participate or email me at rebecca.stanbury.15@ucl.ac.uk.

Ms. Hunter,
I'm so sorry - I really did not mean to give the impression that your eating disorder is less serious or your need for care is any less. I'm not a fan of the DSM categories that require certain weights or menstrual status for diagnosis.
My reason for bringing this issue up is not to make people have to prove their distress but rather to RESPECT the level of distress an eating disorder causes. That distress is what tells us the person needs and deserves help. You sound as if you are in distress and that deserves serious treatment. You shouldn't have to get sicker to get care. The goal is freedom from these symptoms. I take your symptoms very seriously. Are you getting specialist care?

I have had anorexia and bulimia since I was 13. At the age of 25, I had a daughter and for a few years I did not have any problems with my weight but i definitely had a bad relationship with food and compulsive thoughts Since age 30 though, I THINK my ED has returned full force..although according to your opinion on Disordered Eating and a "real" ED, I fall in the gray category.
I am 85% under the normal BMI range 100 lbs, 5'5
I haven't had my period in a few months but then sometimes I do for months
I have an intense fear of gaining weight or becoming fat, even though I am under weight.
I am am disturbed in the way one's body weight or shape are experienced, undue influence of body weight or shape on self evaluation, or denial of the seriousness of the current low body weight.
I question this comment:
"In fact most people who eat in a disordered way can’t keep it up: their bodies and brains protect them by making it harder and harder to continue those patterns."
Does the idea that my brain tells me to at least TRY to have one small meal a day for the sake of my daughter make me NOT have an ED? Does the fact that I acknowledge what i do is not normal or healthy but I keep doing it make me have an ED or am i just disordered?
I just don't understand why there has to be a line splitting everything...It makes the people like me who I guess, based on the opinions of some, like yourself feel even worse because we aren't being taken seriously that there is something wrong with us...but we don't want help either....or do we? And how many women are not getting helped because of this?

Ms. Jones,
I'm so sorry you are suffering and have been for so long. Are you getting treatment from recently trained providers? So much has changed in the field in the past few years - there is real hope for successful treatment.
You do not have to live this way. Your family can help.
If you have a family member contact me, I'd be glad to point them toward some resources: Laura@FEAST-ED.org .

This article was very insightful. Ive suffered with anorexia, and bulimia since the age of 12, Im now 25. Its a daily battle. Sometimes I can eat sometimes I can't. sometimes I overdo it and then must immediatly purge. It has caused me, and my family so much. This brain disease is a DEADLY one and I often feel hopeless and alone. I'm scared if you have any advice please respond to this comment...pyxye_dust@hotmail.com