Your Eating Disorder Is A Real Illness

Next week is National Eating Disorders Awareness Week. There is a lot to be said about educating other people about eating disorders. A lot of misconceptions and stereotypes surround eating disorders that need to be remedied. People have to know what having an eating disorder really means if we want them to support us on our road to recovery. And it is really difficult to talk to others about your illness if you're not convinced of its legitimacy yourself. But remember, your eating disorder is a real illness.

A few weeks ago, I was at a hockey game in my home town that was raising awareness for breast cancer. My mom, sister and I went to dinner and then to the game, which is always entertaining because people never assume that I, of all people, will be the one who is screaming loudest at the opposing team. Everything was going really well and I was having a pretty good time, except, I was hungry.

"Seriously, Jessica?" I thought. "You just had dinner. You cannot possibly be hungry."

"But I'm hungry," I pout mentally.

"Get over it. You already ate. Shut up and watch the game."

This internal dialogue continued throughout the first period of the game, when the team went off the ice and announcers focused on a breast cancer survivor in the crowd. They told her story and showed her on the jumbotron smiling and waving. Cue my shame and self-hatred.

"This woman survived cancer, and you're worried about the fact that you're hungry and might gain weight if you have a snack? Get over yourself. These people have real problems."

Your Eating Disorder Can Kill, Too

I had to catch myself in that thought. An eating disorder is a real illness, a real problem. Just because I've never undergone chemotherapy, my disease is no less real and no less deadly. In fact, give recovery a shot - the first few months are likely to feel like you're dying. (The rainbows and unicorns come later.) 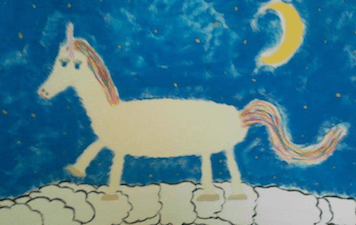 And while I'm not sure of the exact statistics, I can tell you that eating disorders are the deadliest of any psychiatric disease. An eating disorder is a serious illness. Don't let yourself believe that it is "no big deal."

3 Tips to Be Comfortable Around Food in ED Recovery
Giving Back in Eating Disorder Recovery
Lisa
February, 24 2014 at 4:17 am

My inner critic tells me that cancer is a real disease effect cells, tissues, blood, organ and an eating disorder is nothing but thoughts and feelings not physiological.

You're so amazing in coming out and having the guts to say that it could have killed us. I'm really humbled by your journey, since we've 'met' less than a year ago! Have a great NEDAW!

Eating disorders are so rarely talked about it angers me. I have seen two close friends live in the shadow of eating disorders and there needs to be more awareness and less judgement. Great post

Thanks, Mckenna - that's the statistic I was thinking of. There are a lot of really disheartening statistics out there when it comes to eating disorders. Stay well!

"The rainbows and unicorns come later." <-- Love it. Laughed out loud.
I know at least one very important and astounding statistic:
- 20% of those suffering from an eating disorder will DIE from the eating disorder itself or some sort of relation like suicide.