When to Get Rid of Social Media Relationships 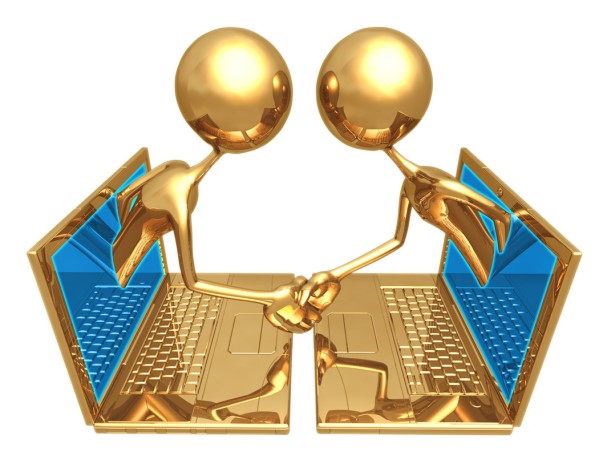 Like many people, I know every person that I follow on Facebook, but I know each of them to varying degrees. There are family members, college classmates and former coworkers in my friends list, but I only see a handful of them in person. One such individual was a former coworker with whom I spent a good amount of time outside the office. We shared a fair amount of information about our lives in person and on Facebook. She has always been aware that I have bipolar disorder and that it has a debilitating effect on my life.

One day, this person -- let's call her Mandy -- posted a Facebook status about how she was sad and how it was really bothering her to feel bad for half a day. My first thought was, "Are you kidding me?" My next thought was to respond to her post with something along the lines of, "Try feeling like that every day for years," along with a rant about how insensitive she was being to people who, through no fault of their own, were not coping with life as well as her. Mandy's post upset me and made me feel that she was feigning the care and understanding that she gave me. I was hurt that my friend didn't consider my years-long struggle with bipolar depression in the midst of her hours-long mood.

Though my feelings were hurt, and I'd begun to question my relationship with Mandy, we wound up talking through what had happened. She apologized for being insensitive, and I apologized for confronting her via her Facebook wall instead of a more personal venue. In the end, we stayed friends and Facebook friends. I realized that one mistake wasn't enough to end a friendship that had always been positive.

Getting Triggered by Social Media Relationships

Unlike my Facebook profile, my Twitter profile is very public. As such, I follow lots of people that I know but also random people who may have said something funny once. I also meet people in person that I've met on Twitter, so my feed has a different dynamic.

One day, someone that I'd met through Twitter started on a diatribe about a political issue with which I disagreed. I decided to engage my friend, who we'll call James, on his views to help me understand his point of view. Instead of discussing the issue, James started name-calling and then refused to respond. At that point, both James' views and behavior triggered negative thoughts. I get very passionate about politics, and very angry when being ignored. I didn't like the feelings that occurred when I'd interacted with James, so I decided to unfollow him.

When to End Social Media Relationships

I've unfriended people on Facebook too, usually those who trigger reactions that I can't handle. I had a friend from college who only posted complaints and negative points of view on Facebook. She was the same way in person. I decided to unfriend her on Facebook in order to buffer myself from attitudes that I believed would make me more depressed. At the time, I was in the midst of a lengthy depressive episode and was barely able to process my own negativity, let alone deal with someone else's.

While I could have restricted my time on Facebook, I chose not to do so because of the mental health communities I'd built there that were positive and affirming (Finding Mental Health Support Online). I don't feel guilty about removing someone negative from my life because I did what I needed to do in order to keep me as healthy as possible.

APA Reference
Lloyd, T. (2015, August 27). When to Get Rid of Social Media Relationships, HealthyPlace. Retrieved on 2022, October 3 from https://www.healthyplace.com/blogs/relationshipsandmentalillness/2015/08/when-to-get-rid-of-social-media-relationships

When Changing Therapists is Necessary
Mental Illness and Relationships With Our Parents
Jan
September, 6 2015 at 8:38 am

I agree that there is a time and a place to remove a person from a social media list. I did just that in January en masse because a political discussion was causing me to think badly of people I know and love. I personally messaged each one before I deleted them from my list to explain what I was doing and said that I would prefer to focus on our face to face relationships instead. The problem I have w/your post, however, is the belief you have that your friend can't have a bad afternoon and share it w/"friends" because you battle your disorder daily. That's a falsehood and an incredibly insensitive way for YOU to respond to your friend's post. Her post doesn't necessarily mean she is insensitive to your struggle; she was just having a bad day. Why can't she share that? Maybe I'm missing something here. I also think the "unfollow" button allows for cowardice and hiding and and I refuse to use it. I think we should all grow a pair and be honest that we are deleting someone. Then, you can have honest dialogue.

Personally I see things differently from my family/friends because of how my Mental Health has shaped me. I am more likely to argue passionately about something because I've learned to stand up for myself & what I believe in. People don't understand the fire that comes out & become distant thinking I'm being erratic. There comes a time in everyone's life when you have to stand up & be counted. Mental Health changes you in a lot of ways. I definitely think it can make you stronger even though it is a condition that leaves you weak sometimes x

I have a rapid cycling bipolar disorder, general anxiety disorder and adult attention deficit disorder as well as several chronic physical ailments. I struggle. But I would never begrudge my friends their own struggles. I would not resent a friend who said she was feeling sad, just because I feel so much worse and for much longer. That's not fair. We don't corner the market on suffering. Everyone has a bad day now and again and they shouldn't have to be afraid to name it just because someone else is suffering more. If that were the case we should all just keep our mouths shut because there is ALWAYS someone worse off.

Great blog post.
The internet can be a double edged sword.
People should take a step back before hitting send. Words are action and they are powerful.
But then there will be trolls on the internet, as I experienced right here, at Healthyplace, and then you might find yourself in a situation where you are at the mercy of a site to manage harassment that may be directed at one person in a hateful manner for no good reason.
Discernment must be used in sharing areas of one's life.
And, everyone is responsible for their words and to care for others.
Take a step back before hitting send, bipolar, or otherwise and if you see something say something.
Free speech is not free when it hurts others.
I am glad you took a step back from social media. It was a healthy choice. Thanks for sharing.

This piece is so timely. It appears that another bipolar blog at healthyplace was recently hit with a simular situation. Unfortunately that person is still posting. It would appear from some of their posts that they are either manic and/or psychotic. Many of the other bloggers were very upset by the hurtful, hateful, inappropriate comments this person made which pushed buttons for the other bloggers who in turn responded in frustration because this nonsense was allowed to continue for far too long.
The 6 million dollar question then is, do you allow the manic/psychotic person to continue with their hurtful ranting and raving (to demonstrate the effect such an apparent illness can have on a someone?) or do you block them from commenting altogether to protect others from their harassment and abuse, and if so for how long?
The blog was advertised as "enlightening and entertaining"
but while the blogger's posts were very "enlightening" is an unhealthy sort of way, it was and still is definitely NOT "entertaining"

I agree with you 100% Natasha in your contention that Social Media, while it can serve as a positive connection force in our lives, can oftimes serve as an unfortunate trigger, and can do untold damage to our good name and reputation if we go on a diatribe in times of mania. In two concurrent years, I publicly berated and maligned some very dear family members and friends, reported their innocuous posts as being offensive, and blocked them. Subsequently I had to individually apologize to all parties concerned after I was "myself" again- but yes, untold damage can be caused in this realm by bipolar people, and let's face it- for those who are ill-informed re: the condition, there may be grudges and residual anger caused by us which takes a lot of time to overcome. I cannot say with certainty that such scenarios will not happen again in the future either....