No Constants in Diagnosing and Treating Pediatric Psychiatric Illness

Last week, we returned to Bob's psychiatrist to discuss the medications he takes for bipolar disorder and ADHD. Over the past year, his medication regimen (which he has taken for over two years) has become less and less effective, even as his doses are increased. I was ready to argue my case for a medication change. Luckily, I didn't have to. 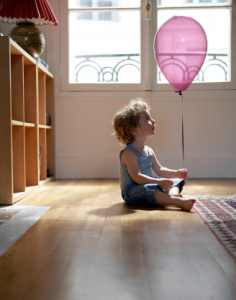 Bob's psychiatrist agreed a change was necessary. She discontinued his Seroquel and Tegretol, and substituted risperidone in their place. He's taken this before, although in a lower dose and as a singular therapy measure--not in combination with lithium or anything else. She also noted many of his behaviors seem to suggest Asperger's, and that we may want to consider evaluation in the future.

It's been almost a week since the medication change. Bob has definitely seemed more "mellow," although that's not unusual for this time of year. We have, however, noticed he's been less argumentative and angry this week--but whether it's the medication or just part of his "cycle," we don't know.

I have seen a return of the general sadness and nightmares that tend to plague him in the Fall. I don't know what--if anything--can be done about that. 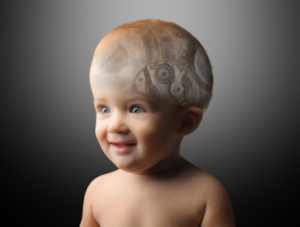 It's gut-wrenching, watching him live through it all. I feel like I understand some of it, to a point--but other times, I can't even imagine what goes on in his head. I have no idea how to make any of it better, and I can't promise him anyone else does, either. I can't tell him "it gets better when you get older" because I don't know that it will. I don't want to appear pessimistic, but I don't want to set him up for disappointment.

And the Asperger's suggestion? As much as I can rattle off facts about pediatric bipolar disorder, I don't know the first thing about autism spectrum disorders or Asperger's. I suppose it would be a good idea to start learning. So many different labels wear the same faces in children--how can they receive the correct treatment if we can't even pinpoint a diagnosis?

All of it makes raising Bob (and, I'm sure, any child with a psychiatric diagnosis) a constant puzzle with missing and bent pieces, pieces from completely different puzzles, and pieces the dog ate. Just when I think I've put a corner together, I realize I was totally wrong, take it apart, then realize I was right. Maybe.

If I knew half as much as I don't know, I'd consider myself lucky.

APA Reference
McClanahan, A. (2011, October 31). No Constants in Diagnosing and Treating Pediatric Psychiatric Illness, HealthyPlace. Retrieved on 2020, February 26 from https://www.healthyplace.com/blogs/parentingchildwithmentalillness/2011/10/no-constants-in-diagnosing-and-treating-pediatric-psychiatric-illness

I can relate to your entire experience, it is so frustrating, add to it they may be adding a whole new diagnosis to the DSM guide for kids like ours which will confuse us even more. Uggg...

If you haven't I would suggest reading several books: The Highly Sensitive Person and The Highly Sensitive Child by Elaine Aron to give you an understanding of high sensitivity. It would probably help to have Bob checked by someone who specializes in the highly sensitive trait. Many HSP's are misunderstood and because they are different that can be labeled all sorts of things that may or may not be the case. Understanding where your son is in terms of his sensitivity now, will help you develop strategies that enable him to flourish.
The behavioral issues are likely to be a result of his sensitivity. HSP's have more sensitive nervous systems which create all the other problems. They pick up on so much sensory stimulus that they then have trouble processing. He may be reacting to his problems with his own sensitivity. HSP's need rest and down time from stimulus.
HSP's also tend to have sensory processing issues. They can have difficulty with light, sound, texture and touch. Some have allergies and other genetic disorders, Asperger's and Bipolar being two. If you are able to determine what is a genetic problem and what is his sensitivity, you can then chart a course that can work.
There is an upside in that HSP's are highly conscientious and creative people. When the sensitivity is managed they can do very well. It is great that you are pursuing this when he is young.
All the best,
Maria Hill
HSP Stress Relief