Accepting Your Child's Mental Illness in the Stages of Grief

This is a story of accepting my child's mental illness and moving through the stages of grief. I want this story to serve an emotional purpose. For others parenting a child with mental illness, I hope it normalizes your experience. For people who haven't been through this but want to support a parent, I hope it makes those feelings real for you. Mental illness in children is gut-wrenching to watch. As a parent, the grief can be crippling, and because others don't always understand, the grief can be lonely. We need understanding when parenting a child with a mental illness if we're going to push through the stages of grief towards the hope on the other side.

Accepting Your Child Has a Mental Illness in Stages 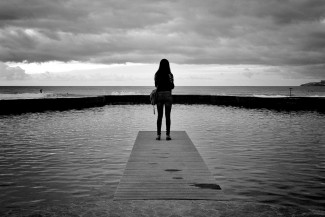 Before my son's official diagnosis, I suspected something was wrong. He rarely slept. He had troubling signs of emotional difficulties. My family went out less to avoid judgment at the inevitable outbursts. By the time we got the diagnosis, it felt like we had no one left who understood. Even if we did, I was afraid others might perceive my child as "not normal."

The bargaining part of grief is subtle when you're parenting a child with a mental illness. It is the daily, heartbreaking wish that I could take the burden off my son. If it would make his life better, I would live all his struggles for him.

I cry a lot. I worry myself sick. Birthday parties are terrifying because I wonder if this year no one will show up. Whenever the school's phone number appears on my phone, I have a mini-panic attack. Some days, I'm convinced I'm the worst parent ever, and it doesn't help that others openly say it's parenting, and not a mental illness, behind behaviors (Parenting and Anxiety: What’s Normal?).

Anger is another part of the grief of parenting a child with a mental illness, and I am angry all the time. I was angry before the diagnosis because I didn't understand what was happening. I was angry afterward because I've seen serious mental illness in grown-ups, and it shouldn't have to happen to children. 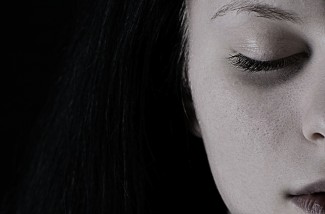 I get especially angry at parents with typical kids. They lament about children who talk back or don't do homework. Meanwhile, my son more than once tried to kill himself. Having a suicidal child is devastating. I don't have energy left for just homework woes, so I come off as cold to typical parents.

“You just don't take him outside enough," an auntie declares.

I'm told I'm either over-exaggerating, not parenting well or raising a bad seed. I know none of that is true but I still get angry.

I've only recently felt acceptance. At first, only a few minutes of it, but those minutes became hours, and now whole days pass in which I cope just fine. I take one day at a time. If I think too far ahead, the anxiety becomes crushing.

More and more often, though, parenting provides joy. His medications, including ADHD medications, are working. Setbacks happen but they're not big. We've made accommodations and they're helping my son reach expectations that, this time last year, looked impossible.

Accepting Your Child Has a Mental Illness Leads to Hope

We all cycle through grief in our own way. It’s important, though, that as parents, we take back from mental illness what it stole from us.

I took back control. Mental illness doesn't make my decisions anymore. No, my son probably won't make it through an afterschool activity, but we'll try anyway. I am present at every IEP meeting, teacher conference and school activity. When something isn’t working, we try to force the sometimes broken system to work for my son some other way.

I now talk about mental illness openly. Speaking up about my child's struggles provides a voice for him. It breaks the stigma surrounding mental illness. When I speak openly, I gain support. The people who stick around now will stick around even when my son is at his darkest hour because they’re prepared and they understand.

With community, we can make it through the grief and parent a child with mental illness with hope.

APA Reference
David, M. (2017, February 27). Accepting Your Child's Mental Illness in the Stages of Grief, HealthyPlace. Retrieved on 2022, May 20 from https://www.healthyplace.com/blogs/parentingchildwithmentalillness/2017/02/from-grief-to-hope-parenting-a-child-with-mental-illness

Melissa David is a mother based out of Minnesota. She has two young children, one of whom struggles with mental illness.The support and wisdom of other parents proved invaluable to her in raising both her children; and so she hopes to pay it forward to other parents via Life With Bob. You can find her on Facebook and Twitter.
Introduction to Melissa David, Author of 'Life with Bob'
Manage Problem Behaviors Caused by Childhood Mental Illness
Leah
December, 12 2018 at 12:13 pm

Thank you for this post It has deeply resonated with me. We are in the early stages of finding a diagnosis for my nine year old but I have known since he was just two something wasn't quite right. I have found myself riddled with fear or crying my eyes out some days…and angry at God. This boy is my heart and it's breaking for him.

Thank you Melisa David for your write up. I also struggled with a young son with adhd who now as an adult has a combination of personality disorders, bipolar and schizophrenia. The disease got so bad that I couldn’t longer live with him. He would destroy my things and disappear for days. Then climb in through my windows or break doors. I decided to not let him live with me. He has refused repeatedly any medical intervention or medication. However I feel so much pain and guilt. I know I did not cause these diseases, but the motherly emotional pain is too much for me to take.....

Sorry to jump in, but I've just come across this thread and your comment really resonated with me. I feel so worried about my sons future but realised you're right - It’s about being able to live your best life even with illness. Thank you x

Hello my daughter is 26 and was admitted into hospital at the age of 14 because of an attempted overdose. 12 years later she is still in hospital and has been in 7 different institutions around the UK. She has had a variety of different diagnosis including depression, autism post traumatic stress disorder, borderline personality disorder, treatment resistant schizophrenia and now schizophrenic affective disorder. My beautiful daughter has lost contact with all her friends, developed epilepsy because of her medication and has become obese. Her younger sisters have become increasingly frustrated with her because of the strain her illness has placed on the whole family. Sometimes I feel it has ruined my life because I feel so desparetely sorry for her and I can't cope with the pain. I love her fiercely but feel angry that she has become so institutionalised and doesn't challenge her treatment even thought it's not working. I feel that perhaps the only way forward it n terms of my mental health us to break off contact because I feel she is like a bottomless pit that I pour all my love and attention and time into and it never seems to get any better. I feel intense pain on a daily basis when her cousins and former friends update me with her successes in degrees, careers and families. I am never jealous of the successes achieved by other people's children just so sad for my own. My deep and abiding fear is that when myself and my husband die my daughter will be alone because her sister's cannot deal with the situation and anyway hopefully they will have their own lives. When I visit my daughter we travel for 2 hours and then sit in a tiny room with her and 2 support workers who listen to everything we say. I would just love to visit my grown up daughter and take her out maybe go for a walk and some lunch. I really don't know how to deal with the situation because whatever I do it makes no difference and I have lost the last 12 years of my life. I have poured my love, time , determination and intelligence into trying to ' save ' my beautiful first child and have just exhausted myself. If this seems a very permisstic post please forgive me I would dearly love to feel that there is hope however I just don't feel it at the moment

It’s a very tough road, and I’m sorry you and your daughter have had to travel it. Now that she’s a grown up, there are tough choices for both of you to make. I know that family support is one of the best things a person with mental illness can have, but you also have to decide how much support is too much or too little. Both for your mental health and hers. Maybe, too, it’ll help to realize that mental health recovery isn’t about “saving” someone from their illness. It’s about being able to live your best life even with that illness. Sometimes the illness goes into remission, sometimes a person just learns to cope with the hardest part of it. I’ve known people with schizophrenia who live happy, fulfilling lives even if they’re never free of all the symptoms. Just like people who live fulfilling lives with diabetes or asthma or anything else that requires maintenance and support. I hope you find the hope you’re looking for!

This is my first time commenting on a blog. My 8 year old son has adhd and was diagnosed at 5. He was born like it, signs were there from a very early age. Now things have worsened with him significantly and I think he is bi polar, pretty sure about that. My heart breaks every day with the challenges he face and the family faces. I am waiting to get in to see a psychiatrist currently to change his meds. It is the challenge of a lifetime and all I want it for him to be happier and not angry all the time. As he gets older he gets more violent and I get angry too. I'm soooo angry that he has this mental health problem and his brother is as normal as can be ( if there is a normal) . My husband and I have both started taking anti depressants due to stress . When I see the doctor I have to get help for his mood swings before someone gets hurt. He has a long road ahead and I lose hope some days and feel as though we are all hanging on by a thread. It helps to read blogs like these.