Can I Go Back to Work and Be There for My Mentally Ill Child?

Our finances favor it. My husband prefers it. My sanity demands it.

But will my oldest child's psychiatric illness allow it? 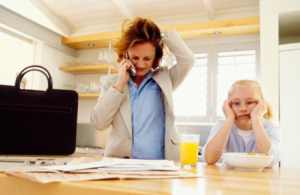 I've been toying with the idea of returning to the nine-to-five world for a while. Our single-income budget doesn't leave a lot of room for unexpected expenses, and more than a few have come up. The change hasn't done anything wonderful for my marriage, and truth be told, it hasn't fared well for my self-image. Beyond that, I haven't noticed any real benefit for my boys--I don't think either of them are any better or worse for my not having full-time employment.

So I contemplate a return to the working world. And wonder if I'm being realistic. Why did I quit in the first place? Because Bob's condition made it difficult for me to comply with Corporate America's "face time" requirements and other standards. His condition hasn't changed. It likely won't change for the better in the coming years. Given that, is it even possible for me to return to the workforce? 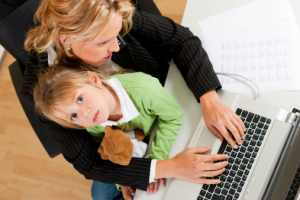 And is it even a matter of choice? I'm sure financial constraints will eventually demand my return to 40+ hours per week in an office. If it's not an option, what happens with Bob then? I'm not entirely sure I'm capable of giving him the kind of attention he will likely need through middle and high school, and certainly not if I'm working full-time.

Once again, I'm reminded of how much easier it is to be sick in America (or take care of the sick) if you're part of the upper crust--if I could afford to either not work, work part-time, or hire a nanny, none of this would be an issue.

But it is an issue, and one Bob and I are going to have to confront sooner than later. At some point, he's going to have to bear more responsibility for himself because I can't physically be present--will he be able to handle it?

I certainly hope so. I'm almost afraid to find out.

APA Reference
McClanahan, A. (2011, October 30). Can I Go Back to Work and Be There for My Mentally Ill Child?, HealthyPlace. Retrieved on 2021, February 27 from https://www.healthyplace.com/blogs/parentingchildwithmentalillness/2011/10/can-i-go-back-to-work-and-be-there-for-my-mentally-ill-child

My husband and I are both teachers, and since I've been working longer, my salary is more than his. So we both have to work to pay all of the bills and to make our mortgage payment on our modest house. My oldest daughter has been hospitalized 6 times over the past 17 months, and I've had to take a lot of time off of work, more last year than this year. Fortunately my administrators have been more supportive lately (they weren't at first), and are allowing me to come in a little later to get her on the bus to her her school (an intensive day treatment setting), and never hassle me when I need days off for hospital visits, meetings, appointments, etc. It really depends on where you are and who you work for. If I could afford to stay home/work from home I'd do it in a minute. You do what you have to do.

Hi Alli,
The last line in your comment is a mantra I use all the time. Thanks so much for the reminder. I've been a working parent since Bob was born so I never had a choice to stay home with home. I had to do what I had to do in order to pay bills and keep my home going. As a single mother, it is my reality. I feel that parents who do have the option need to carefully weigh the pros and cons (as I do with any decision I make). What are the benefits and limitations? What are the costs and savings? At the end of the day, parents just need to make the choices that work best for them and their children. Thanks for sharing and please come again soon. :)

Well.... in our family, it wasn't doable. Tom is the stay at home parent, and remains so to this day (he does take the odd handyman job here and there, and coaches HS track after school in the spring as a walk on coach, but his combined annual income is about equivalent to one month's house payment). Even with Tim in residential right now, our daughter is still home. Her MI issues are much less severe than Tim's, but exist nonetheless. So between IEPs for both, therapist appointments, family therapy via Skype / telephone with Tim, dealing with the fact that residential still can't always handle his episodes and calls at all hours, having someone with a flexible schedule is still paramount for us. We're muddling through.

Good luck in finding what works for you and your family. Being a WOHM is hard enough I can't imagine what it is like with a mentally ill child.