Allergies and Psychiatric Illness (Part 1 of 2)

As another (less-successful-than-last-year) school year draws to a close, my family struggles to keep it together without losing it on each other, and my firstborn seems to be moving further and further away from me, I start grasping at straws. Something, anything, for an answer somewhere. A clue. A hint. (Why I think I may be able to find The Big Answer when research teams and psychiatrists much more learned than I cannot is beyond me. Maybe because, having more at stake than they do, I might look harder.)

I haven't found The Big Answer yet, but I have come across some information I believe deserves further examination--the connection between inhalent (a/k/a "seasonal" or "nasal") allergies and psychiatric illness. 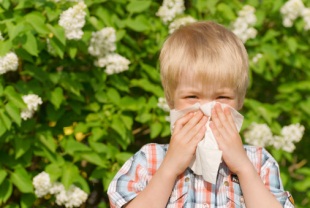 I started to think about this last night. After Bob spent field day in the principal's office, I called his psychiatrist to request a change in his meds, as his current cocktail has obviously lost its "punch." She added something else to his regimen (what exactly escapes me at the moment, something he's taken before but not in combination with lithium)--take two of these and call me in the morning, the usual response. After that phone call, I considered how lousy I had felt all day--I've been using my remaining Sudafed sparingly (thanks, Missouri legislators) and therefore only taking it when absolutely necessary. My eyelids felt heavy, I had sinus and nasal congestion, and I couldn't stop clearing my throat. (Allergy sufferers can relate.)

I could hear Bob in the next room clearing his own throat, as he'd been doing all day. I know Bob has allergies; they contributed to chronic ear infections during his first year, and led to his taking a lot of Benadryl and finally ear tubes and prescription Zyrtec. 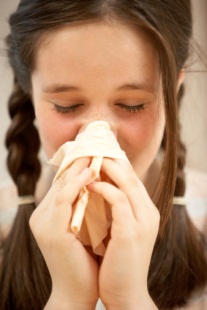 I don't remember why he stopped taking the Zyrtec--it could be I was more preoccupied with his increasing behavior problems and didn't have time to think about his runny nose. I've tried over the last few years to get him back on Zyrtec or Claritin for his allergy symptoms, but he already takes so many pills, he resists anything "extra" and frankly, it's one more argument I'd just as soon avoid.

But last night, thinking about how bad I'd felt all day, and how short my fuse was as a result; and thinking about his therapist's recent musings about a possible link between seasonal allergy season and the increase in "crazy" every spring; and knowing a definite link exists between chronic pain/discomfort and depression/irritability... I started to wonder if maybe there were more to this than any of Bob's treating professionals (or I) had considered.

Allergies and Psychiatric Illness (Part 2 of 2)

APA Reference
McClanahan, A. (2011, May 21). Allergies and Psychiatric Illness (Part 1 of 2), HealthyPlace. Retrieved on 2023, January 30 from https://www.healthyplace.com/blogs/parentingchildwithmentalillness/2011/05/allergies-and-psychiatric-illness-part-1-of-2

[...] others enjoying spring and feeling generally happier, leading them to feel worse.Of course, as I have briefly discussed before, there is a strong link between mental health and allergies. Studies have indicated (and parents [...]

In this world that promotes BIG Pharma (this includes doctors).Genetically modified foods,and air pollution Big Coal & Big Oil,no surprise we have allergies.As raising 2 sons (who are now adults),I have used the best of both worlds for treatment.By far the best results are from using natural "best" products that are nature made including food.One son broke nearly 5 yrs. ago when nearly finished with his college degree.He is on meds. but @ times suffers terribly surviving numerous hospital stays.All this is some help but it does not get at the root of the problems.For over 2 years the Pfeiffer Clinic of Warrenville,Ill (The Health Research Institute) has been a lifeline for us and seemed to directly result in his staying out of the hospital for over a year.I did not mean to write so much.I am a nurse and have worked in "the system" for some years.I would encourage everyone to do their own personal health research.Sometimes I hear doctors tell patients to stay off the internet as if they have "the" answers.This is not entirely so and it's not all their fault given many constraints upon them.There are learned people who are grappling with the great issues beyond drugs.

Marjory, thank you for your comment. I find myself more and more questioning just how much damage we are doing to ourselves and our children (not to mention the generations to come) with our quest to control the world we live in. So many skeptics say our kids are just "bad kids" who are being over-diagnosed; to them I say, "if not xyz, take a good look at these kids--there's certainly SOMETHING going on here." Why the surge in autism rates? Why so many cases of ADHD? Why is everyone overweight and asthmatic and diabetic? How low will the human life expectancy have to drop before the skeptics admit something's awry? I'm not suggesting we all start eating only that which we raise or grow ourselves and sing Kumbaya by the fire pit every night, but how anyone can look at the current situation and NOT wonder is beyond me.