Lack of a Cure for Psychiatric Illness is Discouraging for Families

There's no cure for crazy. Sometimes I forget.

My husband pointed it out to me once. "When he does well, you get your hopes up," he said. "And I think you let yourself have expectations that aren't realistic. It's almost like you still think someday he'll be cured."

He was right, of course, but that did nothing to soften the blow. 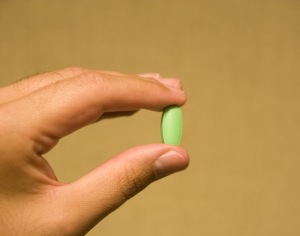 It's true! I let myself get overly optimistic when Bob is having a "lucid" period. I start thinking of him as normal and start having normal expectations of him--he'll do well in school, graduate (optional: with honors), and either go to a good college or art school, become a graphic designer (he wants to be "an artist" when he grows up), and land a good, stable job with a good, stable company that provides excellent health insurance benefits and ample paid leave. He'll be so successful, he'll be more than able and willing to take care of his dear old mother in her golden years (since she spent her retirement and then some on his medical care as a child). And we'll all live happily ever after.

I Forgot. I Have a Bipolar Child 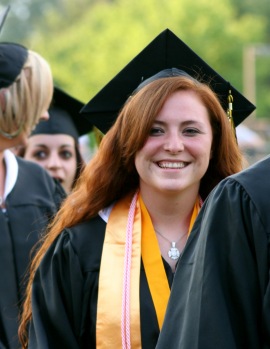 Then I get the inevitable phone call from school. And notice the unusual giddiness and lightness being demonstrated by my normally somber and sarcastic firstborn. And notice he refuses to be in any room of the house--night or day--without any other family member's accompaniment, and he has to know where I am at all times.

And that's when the crushing blow of realization strikes. Mania has set in yet again. We're back at square one. There's no cure for crazy.

Briefly Escaping From Reality That My Child Has A Mental Illness

As hard a blow as it is, however, I'm not sure I want to be reality-focused every day. I really like those periods when I allow myself to believe my kid's future looks rosy. I like thinking his toughest issue in life will be deciding which college to attend. I want to believe he'll be "cured" someday. I have to believe it. If I didn't, I'd probably never get out of bed again.

After two weeks on the increased Seroquel dose, Bob is doing reasonably well. I still think he's in a "depressed" phase and he's certainly showing signs of anxiety, but he's at least able to manage himself during the day. I'm scared. I don't want to think of what might happen next. I don't want to go back to months of "drug roulette" and the hell of waiting for something to be effective.

But there's no cure for crazy--so if that's what I have to do, I will.

(Postscript, Sept. 10, 2010: This post focused on how difficult and frustrating it is for parents of a bipolar child, ADHD child or any mentally ill child. However, some people on the HealthyPlace Facebook Fan page focused on my use of the word crazy instead. Listen to my response.

APA Reference
McClanahan, A. (2010, September 7). Lack of a Cure for Psychiatric Illness is Discouraging for Families, HealthyPlace. Retrieved on 2022, August 15 from https://www.healthyplace.com/blogs/parentingchildwithmentalillness/2010/09/lack-of-a-cure-for-psychiatric-illness-is-discouraging-for-families

Good point Georgie, about normal people and the lack of support for those that are different from ourselves and our children. I am a nurse in psychiatry and we work to help patients let go of the stigma, bring mental illness out to light - change - one person at a time. The shame has to go and be replaced by an attitude of acceptance, like diabetes and high blood pressure. Healing has to take place - one person at a time.
Then I come home to my own life of psychosis and mental illness with my 13 year old son, one of isolation of friends and family who don't understand and don't know what to say - it is easier for me to give advice to others objectively than to deal with it in my own home.
Isolation can greatly cause desperate lonliness, an unhappy, unsuccessful life. But today, chances for that are lessened - yes, we as parents can't control how our children will turn out, all we can do is keep trying.
In psychiatry we have many high functioning patients who come in because their illness has resurfaced - people in university, in high paying jobs, with more than one university degree, married with kids - we frequently get them back on track and back into their lives. We also have other patients on permanent disability, but when the illness is under control, live calm, settled quality lives. There's also many homeless patients, very ill where food, safety and shelter is our goal.
Nothing in life is guaranteed or ideal. My life right now is pure hell, 24/7.
But Bob's outlook is far from bleak, because I see it with my own eyes from caring for hundreds/thousands of patients in my 25+ years of nursing.

Shame on all you people who feel the need to criticize a mother and her HONESTY about her struggle. No doubt there are countless people who can relate and appreciate her insight.

Yes, there is no cure for crazy but hopefully one day there will be a cure for normal. The reason why mental illness becomes so seriously debilitating is because of reams of self-interested so-called normal people who refuse to make allowances for the so-called crazy people. That's why your son will not be successful and will no doubt have a desperately lonely and unhappy life.
Georgie