Bob was home this past weekend--for the first time in a month, one of only three he's spent at home since May.

It was far from relaxing. His childhood anxiety is in full throttle, and dealing with his constant irrational fear had me looking forward to Monday. 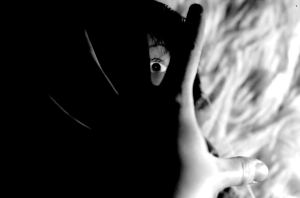 The "fear factor" has always come and gone, but this is probably the worst it's ever been. Having bipolar disorder, Bob's always been prone to nightmares, though he rarely remembers them. The periods of irrational fear generally follow the really, really bad ones.

He had one a couple of weeks ago. I heard him up and thought he might (finally) be getting up to use the bathroom. Before long, he was at my bedside, saying "come with me." I followed him to his room and got him into bed. I noticed he was holding a book. "Put it to 94," he said. Huh? "Or 62." I then realized he was sleepwalking. I took the book, muttered some reassuring words I don't recall, and he went back to sleep. The next morning, he didn't remember having been up, but said he'd been dreaming about "Chucky"* coming to kill him. He'd been using the book to fight back.

Could My Bipolar Child Also Have PTSD?

The fear had been present before then, but after, it magnified. This weekend, it was insufferable. He refused to go into a room alone, even in the daylight. Trying to get him to do anything alone was nearly impossible. On Sunday evening, rather than use our lower level bathroom (his preferred throne was occupied), he wet himself on our sofa.

It's probably not coincidental this fear seems to revolve around me. My husband read something recently, maybe a comment on a web discussion board, where someone mentioned her mentally ill child was terrified something was 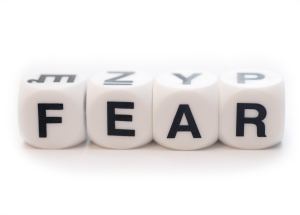 going to happen to her; that he'd been paralyzed by fear of everything since witnessing his father threatening her life. Considering Bob has likely heard similar threats, I can't discount it. (Read about PTSD in children)

Last night, while putting him to bed, I asked him point-blank, "are you afraid something's going to happen to me?" His lips tightened, and though he dropped them, I could see his eyes filling with tears. He nodded. "And that my brother will get run over by a school bus."

I looked him in the eye. "I'm fine, Bob. Nothing's going to happen to me. You know, when I was your age, I used to be really scared something would happen to my dad. But nothing did."

He relaxed a little, but insisted on sleeping with the light on again. I let him. Because that was me 30 years ago--alone in my bed, in the dark, terrified to even breathe, for fear the wolves would come and get me, or that my father would die, or that the earth would just open up and swallow us whole. I understand how he feels and I hate it.

And I don't know how to fix it--that makes it even worse.

Bob could very well have PTSD. My son, now 28, was treated in 2008 for PTSD caused by early & ongoing invasive medical treatment from birth to age 3. His treatment was intensive and very successful. He now manages his PTSD without medication. The center where he was treated works with children often, many of whom have PTSD misdiagnosed as bi-polar or ADHD.
Hope that helps!

Childhood ADHD and Stealing: What's Going on with Your Kid?
Life with Bob
Should People with Mental Illness Have Children?
Life with Bob
It's Not Unusual If Your Child Hears Voices
Life with Bob
The Difference Between Oppositional Defiance (ODD) and DMDD
Life with Bob
What I Do When My Child with ADHD Talks Excessively
Life with Bob
Admitting a Child to Inpatient Psychiatric Treatment: A Parent's Perspective
Life with Bob