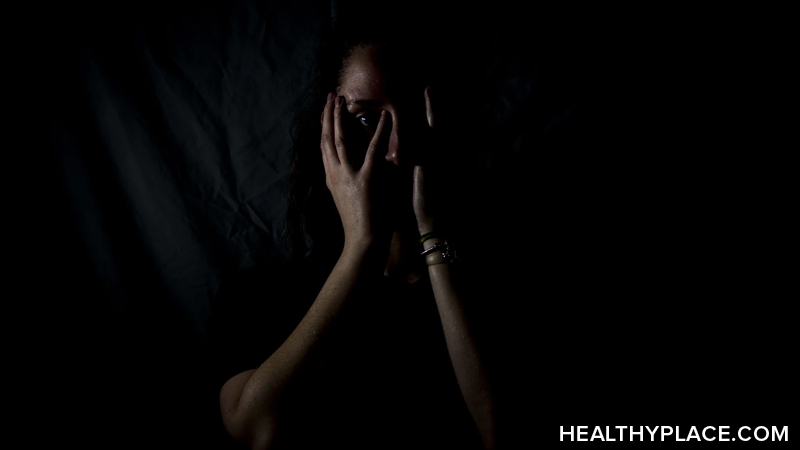 Ever since I was clinically diagnosed with attention-deficit/hyperactivity disorder (ADHD), I'm hesitant to disclose that I have it—even with close friends.

Maybe you're no stranger to this phenomenon, but when I tell people I have ADHD, they usually don't believe me.

Even worse than someone blatantly telling you that you don't have ADHD, is the stigma I receive from my own family. It's that same level of ignorance that probably kept me from getting a proper diagnosis in the first place, but that's a story for later.

Today, I don't have any tips to share, but I hope that by inviting you into my world for a moment—about why I choose to keep my ADHD a secret, maybe you'll feel less alone in your journey.

Why I Keep My ADHD a Secret

No One Believes that I Have ADHD

I touched on this briefly, but this is the primary reason why I choose to stay quiet about having ADHD. Because I'm not a nine-year-old, hyperactive, white boy, most people don't take me having the disorder seriously. As some folks have eloquently put it, "I've seen ADHD. You don't have ADHD."

Unfortunately, I've heard that so many times that I'm starting to believe it, which brings me to my next point.

Occasionally I try to convince myself that I don't have ADHD. I mean how could I? To the average outsider, I've achieved so much. I did well in school, went to college, I have a "seemingly" good memory--it must be all in my head, right? There are days when I start to think everyone else is right, and that my ADHD is simply a byproduct of me working the graveyard shift. But the reality is this: as I've gotten older, my ADHD has become more permeating.

I'm Ashamed of It

For me, there's a level of shame associated with having ADHD because it feels more like a weakness. And to be honest, I hate having it. Even though I'm creative, sensitive, empathetic, and hyperfocused when my brain wants to be—I still wish I didn't have this disorder. The tradeoffs just aren't worth it, especially living in a world that places a high value on productivity and capitalism.

Sometimes I have no explanation for certain behaviors outside of, "I have ADHD." I'm pretty self-aware, and always try to be honest with myself, so I don't use that phrase as an excuse, but for some reason, it still feels like one.

For example, I'm late to and for everything because I think I have more time than I actually do. Twenty minutes before I'm due to be out the door always seems like a good time to start tidying up the kitchen, plus I can never find my keys, and end up forgetting something important in the pursuit of finding them. What was once an hour, now leaves with me with just five minutes to spare.

Since most people can't wrap their heads around such chaos, I choose to stay silent about my ADHD. Sure, educating people on some simple truths about it would help to minimize the stigma, but I don't have the energy or patience. So, for now, I find solace in the comment section underneath posts written by ADHD experts or online forums with others with brains like mine.

APA Reference
Ansah, T. (2020, June 3). Why I Keep My ADHD a Secret from Most People I Know, HealthyPlace. Retrieved on 2022, January 21 from https://www.healthyplace.com/blogs/livingwithadultadhd/2020/6/why-i-keep-my-adhd-a-secret-from-most-people-i-know

How I Trick My Brain Into Getting Things Done
Why Sharing Too Much Information Could Be Common with ADHD
Amanda
December, 17 2021 at 10:22 pm

Tonie I can totally relate. When I got an official diagnosis I thought it was going to make sense to everyone I know for all of my ADHD behavior, but instead a large portion including family would respond with "why didn't you have it as a kid?" and to which I had to respond, well I did have it as a kid, but nobody knew because xyz. I come from a family that doesn't have much sympathy for mental illness or other peoples faults, so having the shame and anxiety that comes directly from living with ADHD it feels like I can't explain to them in anyway that will change their mind, so what's the point.