When Bipolar Disorder Gets Mistaken for ADHD 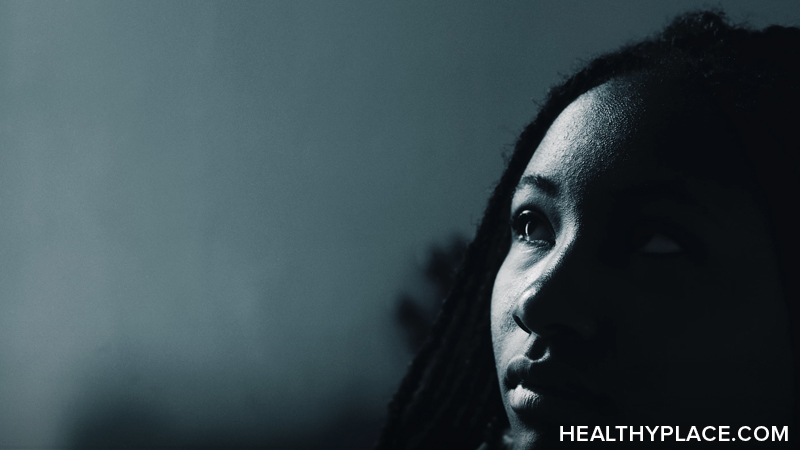 My attention-deficit/hyperactivity disorder (ADHD) diagnosis should have been a bipolar disorder diagnosis. I've thought I lived with ADHD for 14 years. Here's my story.

Cyclothymic disorder alongside billing code "F34.O" was written at the bottom of my patient discharge summary—but to me, it was nonsense. You see, I’d come to my primary care physician's office that morning because I was stuck in a black hole I didn’t know how to get out of. I was experiencing what felt like a debilitating bout of depression—but what I didn’t know was that 14 years later, I’d sit in front of a psychiatrist tearful and in terror over the dark voices I heard only a week before.

"When did hearing voices accompany ADHD?" I asked myself.

My husband suspected I had bipolar disorder for years. But I found the possibility unlikely. Like many people (out of ignorance), when I thought of bipolar disorder, I thought of the most severe forms. I chalked my random periods of severe depression to, well, depression. Roughly every two months, I would be trapped in bed, unable to function, eat, care for myself, my children, or do much of anything. It was a normal thing for me. And while I was trying to separate the world in my head from reality, my husband was left picking up the bulk of just about everything. When an "episode" occurred, both he and the kids didn't recognize who I was.

The Moment I Knew My ADHD Could Be Bipolar Disorder

As I described my symptoms to this new psychiatrist, I ran down the list of all the medications I'd taken in the past. I mentioned an anticonvulsant that I could recall working really well, but that I stopped taking because I "felt better." At that moment, it was clear—the early diagnosis of cyclothymia, success with an anticonvulsant, a strong family link to bipolar depression—perhaps what I was experiencing wasn't ADHD but a direct result of untreated bipolar disorder. My soul was crushed.

Just when life started to make sense with an ADHD diagnosis, I was now back to the drawing board, picking up the pieces—feeling like my entire life had been a lie. But I was pleased to read that I was in good company.

The similarities between ADHD and bipolar disorder make it easy to misdiagnose, but there are key differences that distinguish one from the other. I won't go into the differences here, but it's certainly worth researching if you're interested.

What happens from here? I'm not sure. What I do know is that I won't be covering life with adult ADHD anymore. I'll go into much more detail about that in my next and final post. But for now, I'll be going through the trial and error of finding the right medication (with the least side effects) to treat my bipolar. I hope to one day live a life medication-free, but first, I've got to get my brain chemistry stabilized.

Soft Skills from ADHD that Are Often Forgotten
Introduction to Austin Harvey, Author of ‘Living with Adult ADHD’