Two Years After My Dissociative Identity Disorder (DID) Diagnosis 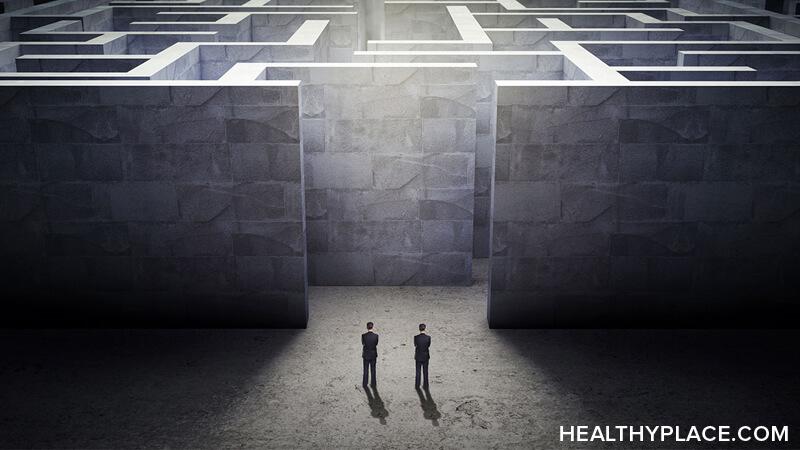 After my dissociative identity disorder (DID) diagnosis, I had to accept that it doesn't go away. There's no medication to cure it and no therapy that works 100% of the time. DID is manageable with treatment, but even then, the DID diagnosis stays with you. It has been two years since my DID diagnosis, and I am still struggling. But does DID get easier as time passes?

I Realized Some Things After My DID Diagnosis

Everyone handles their DID diagnosis in different ways. Some people are able to accept their diagnosis right away, while others experience denial after their dissociative identity disorder. It's even normal to cycle between acceptance and denial. There's no right or wrong way to handle this diagnosis.

With education, treatment, experience and time, it can become easier to accept your dissociative identity disorder diagnosis. You can still experience periods of denial, but they start to diminish as time goes on.

Treatment for DID Will Continue Through the Years

DID is lifelong. When you start treatment, most commonly therapy, it is a long-term commitment. Dissociative identity disorder can't be treated with just a few sessions. No matter if you choose integration or cooperation as your goal, there is a lot involved in DID treatment. One year, two years, and even 10 years after the initial diagnosis, people with DID still seek treatment.

These Two Years After My Dissociative Identity Disorder Diagnosis

It has been just over two years since I was diagnosed with dissociative identity disorder. In many ways, it has gotten easier. I don't drown in denial about my disorder like I used to. I'm no longer ashamed to tell people I have DID. I've become an integral part of the DID community.

I've read more books on dissociative disorders and joined more support groups for survivors of trauma. I've co-authored two books about dissociative identity disorder. I've had the opportunity to meet so many people who share way more than just this diagnosis, people just like me -- everyday people -- survivors in plain sight.

But it's not all positive. In many ways, I still struggle. I've had to put trauma therapy on hold because my dissociative and posttraumatic stress disorder (PTSD) symptoms were so intense that I was not progressing. I'm still struggling with suicidal thoughts. I've spent five of the last nine months in partial hospitalization programs (PHP) and intensive outpatient (IOP) just to try to stabilize my symptoms.

I still live my life in fear. My parts are still afraid that the person who abused them is going to find them; I'm afraid, too. The smallest thing -- a word, a person's face, a certain food -- can trigger me (and us) into a downward spiral. I can stay awake for days at a time because the nightmares and flashbacks are so impacting. I dissociate every day. It's how I am able to function.

Tags: after my dissociative identity diagnosos

It's neen over 20 years for me too but I am not doing so good anymore I have so many splits and none of them have individual names. There is extreem resistance to revealing selves. I was not believe when young and facing judges, social service counselors and police who were disgusted by my accusations against my father made matters much worse. I've lived alone for the last 8 years since my divorce. My ex was not happy with my having DID.. I am struggling right now. Therapy has been at a standstill, I should be better by now and I am not. All I seem to see is how everyone is integrating or working.... some of us don't get to do those things.

I'm 6 months into my DID diagnosis treatment. I have been hospitalized four times this year. I'm wondering how you are managing a career and school with emotional instability. I ask only because I am trying to figure this out and if I can even pull it off.

While I’m not able to work anymore because of medical reasons, when I was working and going to school, it was definitely draining. My treatment wasn’t as much managing DID as it was just managing staying afloat. It takes a lot of support and a lot of teamwork within your system to be able to manage it all. It can take some time. Six months is still just the beginning.

I don't know if you'll see this, but it's worth a try.
I'm a young girl and I think I have DID. I have many of the symptoms, and after taking two tests online I've decided it's probably true. Both tests came back VERY positive.
I don't know how to tell my parents or deal with this or live my LIFE this way! How am I supposed to deal with this and school and everything? Are there any tricks to getting through life you can tell me about?
Anyways, please contact me. Thank you.

I understand your concern about this. I think it’s best if you can see a therapist or counselor. Taking tests online can be helpful sometimes, but they can also be highly inaccurate.

I was diagnosed 25 years ago. Its been a long journey. I have had several different types of therapy and found group of DID made each part stronger because they could connect with others. I had hypnosis and I was always unsure if it was true. That's when the "false memory" issue came popular. Being with an individual therapist has really helped me. As we talked about each ones history and what they needed, allowing them to speak what they needed to say. Slowly they started integrating. Some were hard to see go. But when they felt heard and understood and was told how important for me to be able to do what they Sat back for awhile and then left. It's been about 10 yrs now that I've been on my own. Every once and awhile I feel like someone came foreword to listen but none have spoken or taken control. I was hard at first when they left as I learned to feel my own feelings. But now I would say life is so much better. Knowing what to expect and what may happen. Feeling things that I didn't want to feel. I didn't know who anger felt. I had to ask. Now my life is peaceful. I enjoy being me. So it will take time. Find a good therapist, one who believes you and will help you on your journey. It will get better if you allow yourself be helped. And then you might live a "normal" life.

It has been over 20 years since my diagnosis. Making this extremely short. I let the older children take care of the younger...it got their minds off of things. and also gave the younger one a safe person to cling to. Be everything you needed as a child. You are the adult now and much more in control than a small child. Give yourself positive reinforcement. Reward yourself often. Also know its ok not to be ok sometimes. I had 10 years of therapy once a week. I've been in numerous groups. Even managed a once a week with my pdoc. I find myself in lesser and lesser situations that need "my" attention. You have to build you and only you can do it. I hope it happens sooner than later for you.