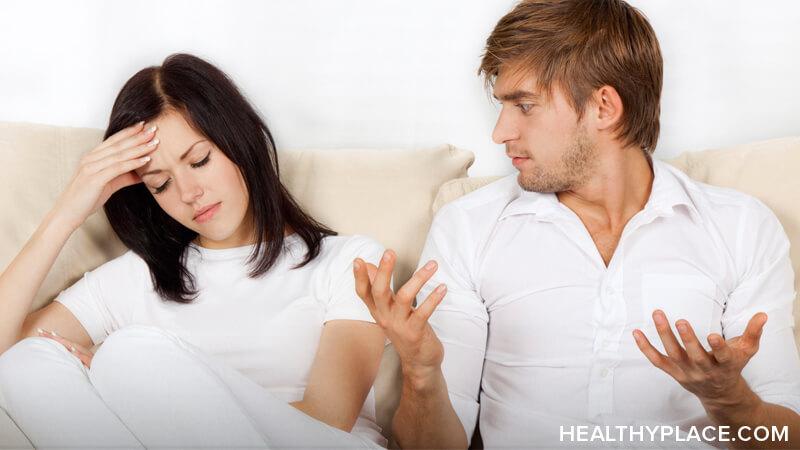 Talking about my sex addiction elicited four surprising reactions when I finally decided to open up about it. I spent most of my time in active addiction fearful of what others would think about me; but when I slowly began to open up and talk about my sex addiction, I was incredibly surprised by the reactions I received from people. Some individuals pleasantly surprised me with their love and support, others made me feel like a piece of garbage, and a few of them completely creeped me out. Nonetheless, I am grateful I finally spoke up about my sex addiction, because I know now that the reactions from other people (even people I love) don't get to define me.

I Assumed Talking About My Sex Addition Would End Badly

The fear of what my friends and family would think of me talking about my sex addiction kept me in bondage for years. I wasted so much time hating myself and assuming the worst about my loved ones, all because of my own unfair assumptions and stigma ("The Stigma of Female Sex Addiction Creates a Rough Recovery"). I desperately wanted to open up and tell someone, but I let my fear and shame make my decisions for me.

I guess I assumed if I told people about my sex addiction they would either judge me, hate me, completely cut me out of their life, or all of the above. Instead of giving them the chance to reckon with my truth on their own terms, I robbed them of that decision and instead I chose to isolate from everyone.

What Do People Say When You Tell Them You're a Sex Addict?

Slowly, one painful conversation at a time, I began to disclose my sex addiction to some of my closest friends and family members. Every conversation felt like the end of the world, but somehow, I survived. One of the first people I opened up to was a close male friend of mine. At the time, he appeared to be a positive, non-judgmental supportive person, so I thought maybe he would understand. Unfortunately, I was completely wrong about him.

Looking back, I don't know why I thought a male friend in his early 20's (platonic or not) would respond positively. Immediately, he began pressing me for the gory details, and not the ones you would tell your closest girlfriends.

This time, I chose to approach one of my female friends instead. My initial fear of opening up to another woman was that she would either be extremely hateful or just grossed out. Instead, I received something completely different. This friend appeared confused by the concept of sex addiction and acted as though it were a figment of my imagination. She even said that it's "not possible" for me to be a sex addict.

I pleaded with her in desperation, explaining that my entire life revolved around my sexual decisions and that I truly felt like I couldn't function without it. Even still, she dismissed my complaints. She went on to say how incredible sex is and that my desire for it was "natural" and "healthy." However, anyone who has known the pain and torment of addiction knows that it is neither natural or healthy. It is agonizing and life-altering to live in constant enslavement to the habits, patterns, or behaviors that ruin your life, time and time again.

After talking to this friend, I felt even more confused about my addiction. I thought that maybe she was right. Maybe I wasn't really an addict, maybe I just really like sex and pornography, and maybe that's okay. Her reaction was so baffling to me that it took me three years before I ever told another female friend about my addiction.

Thankfully, I have only received a few of these reactions when talking about my sex addiction. The first one, however, was likely the most impactful. A man I was seeing at the time (and sexually active with) found out about my habits on accident after rummaging through my search history on my phone. In addition to sex, pornography is also a huge component of my addiction.

Ironically, I continued to see him after this encounter, because my sex addiction always outweighed my dignity and self-respect. He hurt me terribly, in more ways than I care to admit in this blog post, but he was a constant supply of my most toxic and powerful drug of choice. Somehow, those needs and desires always seem to come before your emotional and mental wellbeing while living in active addiction.

Quite possibly the most surprising reaction of all is when people accept me for who I am despite my addictive tendencies. Thankfully, just about every close friend in my life right now showed unconditional love and support when I opened up to them about my addiction. Although I'm sure of some of that stems from the fact that I probably make better friends and better life choices now than I did in my teens and early 20s.

To this day I don't tell every person I meet about my addiction. Sometimes the timing isn't right, the setting isn't appropriate, or you just know with every fiber of your being that the person standing in front of you probably won't respond well. With time and experience, I've learned who I can trust and who I need to keep at a safe distance, which protects me continually from the three negative reactions listed above.

Ultimately, I am grateful for the negative reactions I received because they make the kind and loving reactions so much sweeter. When you find people who are willing to talk about your sex addiction and accept you, flaws and all, it is one of the greatest gifts this life has to offer.

APA Reference
Richardson, A. (2019, July 18). Talking About My Sex Addiction: 4 Surprising Reactions, HealthyPlace. Retrieved on 2022, May 23 from https://www.healthyplace.com/blogs/debunkingaddiction/2019/7/talking-about-my-sex-addiction-4-surprising-reactions

Do Addicts Have to Hit Rock Bottom to Start Recovering?
How Healthy Routines Prevent Relapse in Addiction Recovery