What Is a Dry Drunk in Addiction Recovery? 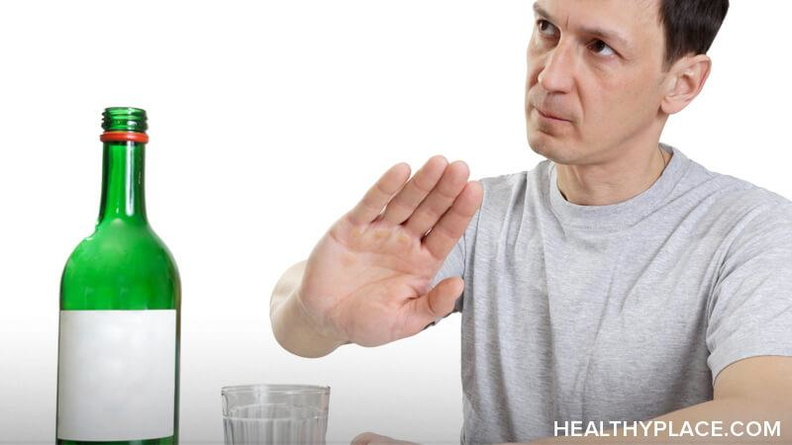 If you spend any time at all in the rooms of Alcoholics Anonymous (AA), you will likely hear the term “dry drunk” referring to someone who is in addiction recovery and, in fact, still sober. I didn’t understand the term until I had been in the program for a while. I wondered to myself how could someone be a drunk when they were remaining sober. However, I learned that sobriety isn’t the same as recovery and a dry drunk is sober, but not actively recovering from his or her addiction.

For people to truly be in addiction recovery, they not only abstain from drinking, but they actively work a program of recovery that is meant to address the causes and reasons that they drank in the first place. When they fail to do that, they may remain sober, but fail to progress in healing the underlying issues that caused the drinking. They will get stuck, and life is not as fulfilling and happy as it could be. Someone in that situation can be called a dry drunk.

The accepted definition of "dry drunk syndrome" is someone who no longer drinks but still behaves as though he or she was in the midst addiction. A dry drunk typically still has all the anger and resentment that he or she did when drinking. The only real change that the person has made is stopping drinking alcohol. In other aspects, his or her behavior is much the same as it was during active drinking.

Loved ones may complain that it is as difficult to be around the person as it was when he or she was drinking. Dry drunks may not be drinking, but they have failed to find the happiness and hope that recovery can bring.

Why Do Some Alcoholics in Recovery Become Dry Drunks?

People who become addicted to alcohol do so because they are not able to deal with life without it. It becomes their way to cope as they haven’t learned healthy coping skills. Alcohol allows them to numb their feelings and avoid the difficulties that life throws at them. That means that instead of learning how to find comfort in healthy ways, they only find comfort in ignoring their challenges and pain by drinking.

Recovery is meant to be a new way of living – not just a return to how it was before addiction. If life was unbearable without alcohol before addiction, it will still be unbearable when people stop drinking if they don’t address their underlying issues.

People become dry drunks because they either don’t have the capacity to change or they are not willing to do the work to change. Recovery provides individuals with new coping skills, but if they don’t want to use them, then they really aren’t recovering, they just aren’t drinking. They are still trying to make it through life with the flawed coping strategies that led them to alcohol in the first place.

Someone who is a dry drunk will have certain negative symptoms. Keep in mind that everyone has challenging days and that just because someone exhibits some of the symptoms occasionally it doesn’t mean that he or she are stuck in his or her recovery. Dry drunks will exhibit some of the following symptoms repeatedly or consistently:

The key to avoiding becoming a dry drunk is to recognize that addiction recovery is a process that takes time and effort, likely for the rest of your life. Just stopping drinking is not enough, you have to be engaged in some program of recovery that teaches new coping skills and a different way to live. Getting help for dry drunk syndrome may mean re-engaging in a support group or 12-step program, going to group or individual therapy, or seeking help for underlying psychiatric issues. Whatever you choose, it’s important that it allows you to grow mentally and spiritually, paving the way for true recovery to progress.

APA Reference
DeLoe, J. (2017, June 8). What Is a Dry Drunk in Addiction Recovery?, HealthyPlace. Retrieved on 2020, October 21 from https://www.healthyplace.com/blogs/debunkingaddiction/2017/06/what-is-a-dry-drunk-in-addiction-recovery