Crack Cocaine Versus Powder Cocaine: What Is the Difference?

Powder cocaine exists in a salt form, meaning it has a hydrochloride attached. In salt 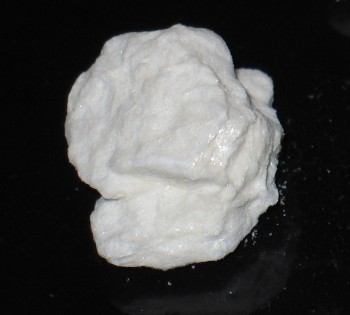 Because of the method of administration--snorting versus smoking--the effects of powder cocaine and crack cocaine on the user vary somewhat. Smoking produces a quicker high that is also shorter in duration. Both forms work on the brain's pleasure and reward centers and both are addictive.

Arguably, the most important differences between crack cocaine and powder cocaine are not pharmacological at all but rather legal, political and social. Since the 1980s, the criminal punishments for crack cocaine offenses have been enormously higher than those for powder cocaine offenses. Crack is cheaper than powder cocaine and during the 1980s it became associated with impoverished, predominantly African American, communities in cities. Many critics of the War on Drugs believe the disparity in sentencing unfairly targets Americans by race and socioeconomic status.

APA Reference
Lesley, K. (2016, May 30). Crack Cocaine Versus Powder Cocaine: What Is the Difference?, HealthyPlace. Retrieved on 2021, January 21 from https://www.healthyplace.com/blogs/debunkingaddiction/2016/05/crack-cocaine-versus-powder-cocaine-what-is-the-difference

Withdrawal Symptoms From Stimulants, Marijuana, Hallucinogens
Addiction Is a Behavior It's Not about a Substance