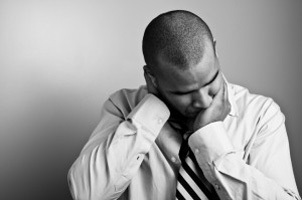 Withdrawal from stimulants is not considered, technically, life-threatening; however, as discussed in my last post, Substance Withdrawal: Alcohol, Opiates, and Benzodiazepines, complications from withdrawal effects can be life-threatening even if the symptoms themselves are not. Stimulants are drugs that stimulate the central nervous system, such as cocaine (both powder and crack cocaine), methamphetamine, speed, and medication such as amphetamine, dextroamphetamine mixed salts (Adderall) and methylphenidate hcl (Ritalin). People discontinuing use of stimulants often experience the following (this list is not exhaustive):

People experiencing stimulant withdrawal are often paranoid, aggressive and violent (toward themselves or others). Therefore, while stimulant withdrawal may not usually be directly fatal, people are still vulnerable to accident, suicide attempts and acting out. They may also attempt to mitigate the side effects with other drugs, such as alcohol, opiates or benzodiazepines, the use and mixing of which brings its own dangers.

Using the words "withdrawal" and "marijuana" in the same phrase is controversial. Users, treatment professionals, and scientists have all been debating for decades whether marijuana discontinuation produces withdrawal symptoms (Marijuana Withdrawal and Managing Marijuana Withdrawal Symptoms). This answer to the question depends in large part on how one defines withdrawal: there is general acceptance among those involved with marijuana use and research that discontinuation produces psychological symptoms, but whether or not it produces physical withdrawal symptoms is more debated. That being said, some of the symptoms associated with discontinuing use of marijuana include:

Although I have not experienced withdrawal from marijuana myself, after talking (non-professionally) to many people who were once dependent on marijuana, I believe the psychological effects of discontinuation are probably more extensive than current literature recognizes.

Substance Withdrawal: Alcohol, Opiates and Benzodiazepines
Crack Cocaine Versus Powder Cocaine: What Is the Difference?