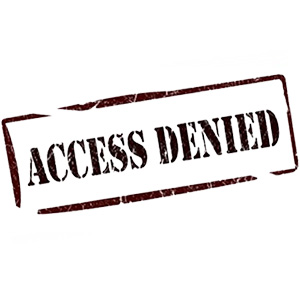 On a chilly February morning a little over nine years ago, I waited outside the local city-run detoxification (detox) facility (How to Find Mental Health Services in Your Area). My father had taken me there at five o'clock in the morning. Everyone knows you have to get there early and often try multiple days in a row to gain admission, and even then, there is no guarantee. A young heroin user stood in line next to me. He had curly black hair and despite a weathered appearance, he still had youth on his side. The drug had not yet completely ravaged his boyish, good looks. He told me he had been in the facility before and he knew how it worked. He told me if he was not admitted that morning, he was going to go shoot up.

I was admitted that morning, ostensibly because I was detoxifying from alcohol and it is generally considered the only abused substance withdrawal from which a person can die. It was the clinic's policy to take alcohol dependents first, but I'm sure my appearance (I was a young white woman who did not live on the streets) and the fact that my father was there advocating for me also played a role. That young man was not turned away. I never saw him again.

In the last post, I wrote about the drug Naloxone (brand name Narcan). Some of the trepidation surrounding the drug, which reverses the effects of opioid overdose, concerns the fact that it throws the affected person into immediate withdrawal, which could send them desperately searching for a fix (Treating Addiction to Prescription Opioids [Painkillers]). If, however, we had improved access to substance abuse treatment facilities available to substance users, it might help with that problem. Even a person admitted to the hospital in the case of overdose is often released as soon as they are medically stable. If that person, instead, could be offered medical detox and then transferred to a substance abuse treatment facility, it might prove to be a particularly effective point of intervention.

Like obesity, substance abuse is a public health issue. It affects everyone--even those who have never touched a drop or a drug. Substance abuse also breeds crime and burdens the criminal justice system in a way that obesity does not. In addition, it destroys the lives of the individuals and their loved ones, decreases overall productivity and increases healthcare costs.

Treatment does not always work. Statistics are hard to come by because the industry is made up of a hodgepodge of for-profit, nonprofit and government programs and many of the private programs are not regulated. But one thing is certain, failing to provide drug abuse treatment, and failing to provide it at the time that people are willing to accept it, will only lead to more death, crime, and expense.