Winehouse Death Due to Alcohol Poisoning and Tolerance

When I heard the coroner’s report on Amy Winehouse’s death being linked to alcohol poisoning, I wasn’t shocked but I was indeed saddened all over again. Amy Winehouse was, no doubt, abusing and struggled with an addiction to both alcohol and drugs. Considering this, I think it's important to address binge drinking, alcohol poisoning, and how tolerance to alcohol plays a role in being at risk for addiction, as well as a reason for continuing to drink despite consequences. 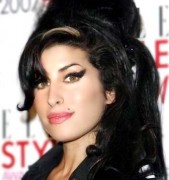 There is a new study (Fillmore MT, Weafer J.) addressing the studies that have been done showing a potential causal link between heavy consumption of alcohol and tolerance to alcohol. The study compared at-risk binge drinkers with non-risk moderate drinkers and asked subjects to participate in motor coordination and inhibitory control tests at comparable blood alcohol concentrations (BACs).

What we get from these findings is that at-risk drinkers, when they drink the same amount as non-risk drinkers, show tolerance and are able to recover faster to execute actions. This could help explain why those who are at-risk binge drinkers continue to drink excessively in the course of a single drinking episode and continue to display impulsive behaviors. This study can help show that heavy drinking could indeed be linked to tolerance and helps pinpoint the tolerance to motor skills and not inhibited/impulsive behaviors.

I personally could function on a lot of alcohol and always wondered why I continued to drink more despite being drunk. Maybe as long as I was able to function, talk, walk, and was completely inhibited by the alcohol, I continued to drink. I was absolutely not making wise mind decisions because I had no access to my wise mind. My inhibitions were lowered, my actions were not, and I could continue to drink.

I hope people understand how dangerous excessive drinking can be and how benders, after periods of sobriety, can be deadly. Anyone who has relapsed after periods of sobriety can probably attest to how they went back to their previous behaviors, or the amount of drugs/alcohol had increased. I know I was amazed after six months of sobriety, very little had changed, not my tolerance, the amount I drank, or the impulsivity surrounding my behaviors when drinking. When you drink too fast and excessively, the physical consequences are deadly. Unfortunately, Amy Winehouse was able to continue to function in some way to continue to drink and reach a dangerously high blood alcohol level of 0.4 (the legal limit is 0.08).

Addiction Affects People from All Backgrounds

I know Amy Winehouse is a celebrity and people of all sexes, genders, ages, races struggle with addiction. However, I hope stories like this can reach people and remind them that this is indeed a dangerous reality to be aware of, especially with young people and binge drinking. I know a lot of people will explain binge drinking in college as “just a phase” and indeed, a lot of binge drinking studies have shown the numbers wean down closer people reach their 30’s. However, tolerance is something to be aware of, whether that is tolerance from drinking for a long period of time, or if a person has always experienced a high tolerance.

I learned the dangers of excessive drinking my freshman year in college when a girl overdosed on alcohol and drugs within a few months of living in the dorm. Inexperience, tolerance, an environment that normalizes the binge drinking behavior, can be a perfect storm for those at-risk binge drinkers and those inexperienced with drinking alcohol. I was sad the girl had died and yet it didn't change how tolerant of alcohol I was, nor the amount of alcohol I drank in a given night.

I feel sad and overwhelmed sometimes when I hear of people losing their lives due to struggles with addiction because I am reminded how that could have been me. It also serves as a reminder for continued sobriety and gratitude for all recovery has given me. I also know it motivates me to continue to write, talk and share my story and awareness because there is absolutely hope in recovery.

Drunkorexia: When Eating Disorders and Alcohol Collide
Prevention of Substance Abuse and Mental Illness
How Recovering Alcoholics React to Normal Alcohol Use - HealthyPlace
March, 24 2017 at 9:42 am

[…] alcohol consumption could change day by day. As I continuously grow and adapt to life around me, my tolerance for alcohol and sense of security evolve as well. I am my own best advocate for my sobriety, but I’m also […]

[…] Winehouse raised concerns for many, but those closest to her in the months before her death from alcohol poisoning did not comprise the support system she needed. Without assigning blame, it’s fair to say […]

Great article! I had a similar reaction when the final verdict came out on the cause of her death: not surprised but saddened. We often think that after a period of sobriety we can go back out, that maybe we can drink safely, but this goes to show that it isn't true. In fact, its the complete opposite. The mental obsession is still there.
Thanks so much for sharing! :)

This was a very good post and it's such a shame Amy's struggle with alcohol claimed her young life. It's amazing how easily accessible alcohol is and the opportunity for abuse so great. Everyone gets so freaked out about drugs yet alcohol is so easily purchased, so many use it to celebrate and socialize and is so accepted.
Thanks for pointing out the dangers of excessive and binge drinking as well as explaining how tolerance works within the body. It's a timely article too with Christmas approaching, a time when far too much drinking takes place and even with all the awareness and RIDE programs - the message isn't being taken seriously enough.
So glad you're sober and sharing your own experiences and perspective, continued success!

Thank you so much Barb!!! It is so important to talk about tolerance as well as binge drinking. Glad you enjoyed and appreciate the feedback!

Thank you for another great article. Typo alert, the section "Lessons from Amy Winehouse" is duplicated in this publication.