'Adulting' with Schizophrenia or Schizoaffective Disorder 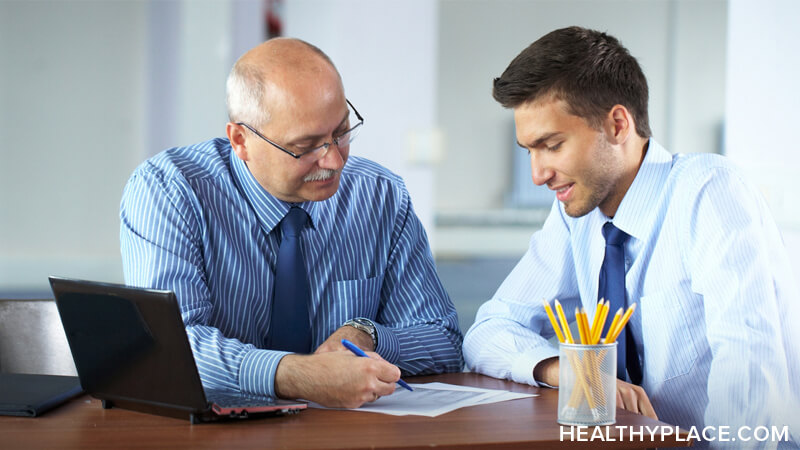 “Adulting” can be hard enough without schizophrenia or schizoaffective disorder. When you have a mental illness, even seemingly simple things like keeping the apartment clean add up to be monumental tasks (Guilt, Shame, and Responsibility in Mental Illness). Here’s how my schizophrenic and schizoaffective symptoms get in the way of adult obligations, even though I keep tackling them head on.

Why 'Adulting' with Schizophrenia Is Hard

Often, I find I have to pick a task for the day so that I don’t get overwhelmed. For example, if I’ve managed to wash my hair, I’ll leave taking out the garbage for tomorrow (or the next day).

The root of the problem? Having a mental illness like schizophrenia or schizoaffective disorder is very time-consuming. It takes up a lot of energy. The most obvious reason I can offer to explain is a matter of trust. If you can’t trust your own thoughts, it’s hard to get things done. If you’re always second-guessing every little thing you do— whether or not you should put a certain piece of clothing in the laundry—it’s hard to run a household.

But for me, another big reason is that I was diagnosed with schizophrenia and then schizoaffective disorder in college. After that, I mostly lived with my parents until I got married. In some ways, I don’t really know how to adult. I’m afraid to do things like clean the bathroom or cook because I’m afraid I might “do it wrong.” I’m afraid I’ll start a fire while cooking or get some nasty infection while cleaning the bathroom.

Schizophrenia and 'Adulting' As a Millennial

I fall into that gray area category in between Generation X and a Millennial. I’ve always considered myself a member of Generation X. But let’s say for the sake of argument I’m one of those entitled Millennials who needs my “safe place.” I would argue that Millennials are not entitled. We were getting our adult lives together during the greatest economic crisis since the Great Depression, and most of us were strapped with student loans while doing so. That’s the pragmatic stuff. Much more insidious is the fact that we live in a world in which if someone catches a glimpse of a bar code on one of our many forms of identification, our identities—including our social security numbers--could be hacked. I’m getting stressed out just thinking about it.

Here’s another factor. People with mental illnesses tend to overthink, or maybe people who overthink tend to develop mental illnesses. I don’t know. It’s hard to do anything when you overthink everything. All this is why I find it hard to be a functional adult. Yet people close to me say I function well and I’m just being hard on myself--something else to overthink.

Elizabeth, were missing the point with OCD/ schizophrenia. Let me tell you a quick story. A psychiatrist cured me of OCD, I didn't follow through and he later died. This is what I've learned. You train the subconscious to give up it's secrets by reading the reoccurring, repetitive, predictable, thought pattern aloud, word for word as the patient free associates, in brief word groups. Spread it out over the course of three and a half months till the patient acts out the repressed experience(s) and relates them to the therapist. Get the patient to face them so the therapist can reverse them. Make sure the patient follows through with the therapy or the patient could end up in worse shape like me. Learn more at schizophreniarepressioncured.blogspot.com (Oct. 24, 2016 post) I swear dead childhood pets are a primary cause of repression. Thanks for your time.