You’d think I’d be the last person to have a problem with the term “functioning.” Not only do I bathe every day and work two part-time jobs, but I have a master’s degree in photography, I am happily married, I quit smoking, and I go for a run almost every morning. That’s precisely why I have a problem with the term “functioning.” I worry that if I, or anyone else, is told we can be content to just shower and pay the rent, we may not even try doing all sorts of other that make life so much richer.

Toward a More Inclusive Definition of Schizophrenic and Schizoaffective Functioning 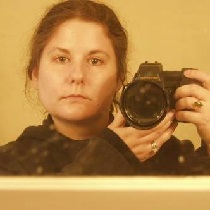 At the end of the day, I don’t even know what “functioning” really means. It’s such a clinical term. It makes people sound like machines. Machines whose function, evidently, is to shower and stick to the basics. Many of us who have done so much more than that are described as highly functional (High Functioning Bipolar Disorder).

My uncle has schizophrenia. He’s 78 years old. When he got sick in the 1950s, he didn’t have access to the schizophrenia and schizoaffective medications we have today. He’s lived in various kinds of care facilities most of his life. Some people say he “didn’t get to have a life.” I know where they’re coming from. I know he sometimes feels this way. But I have a problem with the notion that because he didn’t get married, have a white picket fence, a golden retriever, and 2.5 kids means he didn’t “have a life.”

Would I want to switch places with him? No. But he has a life -- he was physically healthy until a few years ago, came to visit our family a lot and even drove and travelled when he was much younger. I know he’s had a big impact on me. As a rebellious teenager, he was one of the few adults I respected because he said all the things everyone was thinking but wouldn’t say. Also, his illness fascinated me. Little did I know I’d get a crash course in it for myself in just a few short years.

I know this is an existential post. What does it mean to “have a life?” I know that, as a “high-functioning” person with schizoaffective disorder, I’m waging a war against semantics. Would this idea be less problematic for me if we used a different word? Maybe. As a “high-functioning” person with schizoaffective disorder, I am privileged. For example, although I have been hospitalized for suicidal ideation, I have never lived in a hospital.

I remember when I didn’t function so well. It was more a side effect of my medication than a symptom of the illness itself. All I did was sleep. The doctor who prescribed me this medication chastised me for sleeping all the time. Looking back on it, I find this unfair. I am so glad that now I get up every morning. I am glad that I function. It’s painful not to be able to do those basic things. But I still think that the mental health community could benefit from not having such a narrow definition of what functioning means -- to make the term "functioning" more inclusive.

I Accept Hearing Voices, But I Don't Like It
Schizophrenia or Schizoaffective Disorder in College
Ted K.
December, 14 2017 at 12:05 am

Hi I am - Ted - in Canada. Diagnosed with schizophrenia in 1990 at 18 years old. Recently diagnosed in 2013 with schizoaffective disorder. I am 45. I quit drugs and alcohol in 2000 (17 years clean and sober today). I quit smoking cigarettes when I was 29 until 40. I have a college education (Canadian) in Construction. I worked a decade in construction and mining (up to 80K/year). When the prestigious mining company eventually pushed me out the door onto LTD (long term disability through workplace insurance, by means of suicidal ideations); I have been smoking cigs on and off for the past five years and supporting myself still clean and sober. I tried unsuccessfully to biologically to father children for 30 years, with no success. My banter is - today - I spoke with a mental health professional (paid to listen to me, lol) coined the phrase "functioning". So I inherently showed a video of my apartment to him. Functioning, yes. Living life on life's terms, yes. Doing the best I can with what I have, yes. Being a responsible productive member of society, yes. Disabled, yes. Disrespect me, no. Give credit where credit is due. And you Elizabeth, are a shining example of being a power of example!! Keep it up - you are not alone.

In 1994 I had bipolar then 2001 diagnosed with early psychosis then completely gone with no symptoms then had a girlfriend in 2002 for 10-12 months and as a radio dj on about 10 stations I saw some very strange things. I kept hearing artists being abusive in lyrics of songs about people in a life some positive and some negative. It changed year by year. As with hygiene I will be honest I keep seeing my oldest case worker name dropped out in public as if I'm being used. I often feel used. In psychology I practised in a surgery sensorimotor psychotherapy with arousal. My female psychologist would move her chair and asking me what my body was feeling and what it's telling me to feel or do. I wanted masturbation but felt guilt or red tape and worried about destroying people's reputation. I was subject of writing letters but really I'm a nice guy. I'm seeing another psychologist tomorrow and want psychotherapy sensorimotor and want sexual in mental health. I actually went to a mental health day to day living centre and a male escort gave a speech and unhappy sexual health is never brought to me when I'm one of the most innovative persons in Sydney. I'm a very safe man, always shower or bath love radio but can't find work only radio station work. I lost all my friends and when I go to a hospital for meds I feel scared of the patients who's hygiene is untidy and that's the truth. Also no case workers as females and I mean no trouble. I feel better seeing a psychiatrist today and psychologist tomorrow and think radio stations hate me. In truth without a delusion and hallucinations I've been abused by people affected by drugs or alcohol and I don't do that. I have no problems with anyone and hospitalised 3 times voluntary 1st then stamped detained and then another admission in 2002 when I had a girlfriend that gave me so much of her time and 2005 a 7 week hospital admission don't know why and not sure why I get sexual feelings for staff when I see them or psychologists. I say nothing I do nothing and have no money for sex workers. I feel like my life is like a movie like Jim Carrey The Truman Show or Mel Gibson What Women Want and a you tube channel at a radio station in Sydney's greater west 30 kms from the north shore stalking me. Could go on and on but doing a community and media course to broadcast Once again at a Chatswood magazine radio station north shore sydney where I won a award for best new show. Need to back payed for 18 years of work too

I probably had schizophrenia since I was 17 yrs. old, didn't know it till I was 45 yrs. old. Got married at 35, still married, have 2 daughters and 3 grandchildren. recently I wrote and self published a book called "Olympic Grill" (above all nations is Humanity) it's about a dishwasher with schizophrenia in Honolulu, Hawaii during the year 1969. So what I trying to say that there is hope for us who suffer from this illness.

It is hard to function when the 'trust' level is very low. You can't say much anymore without repercussions or guilt. Best thing is to find your own happiness.

I actually have a lot of problems with trust, both in trusting others and in trusting myself. Thank you for your comment.