How Mental Illness Robbed Me of Empathy 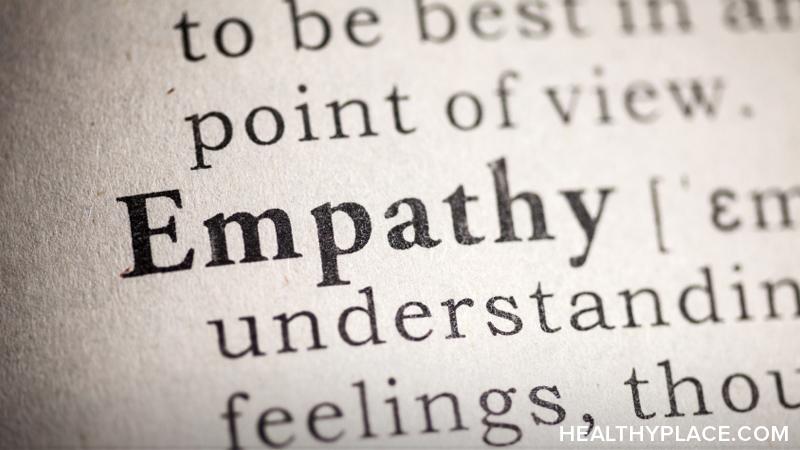 We are living in an age of unprecedented mental health awareness and mental illness empathy. Mental health stigma is decreasing. Mental health charities, awareness campaigns, and changes to the law in the last 10 years have created a social landscape where people feel much safer talking about their problems without the fear of being mocked, abused, and alienated. As someone with a mental illness, you would think I'd be thrilled by this, but the truth is that up until quite recently, I resented it.

I felt as though young people who claimed to be suffering from mental illness hadn't earned their stripes. I worried that mental illness had become "trendy" and that only those of us who had dealt with it before tolerance became cool had any right to complain. I was wrong, and today I would like to apologize for my ignorance.

Dealing with Mental Illness Alone Affects Your Ability to Empathize

I was six years old when I started exhibiting symptoms of obsessive-compulsive disorder (OCD). When I was eight, I confided in a teacher about "that thing I did" (because I didn't know anything about OCD), and she told me to write it down on a piece of paper and hide it under a statue of the holy Mary. Nobody contacted my parents, and I had all the proof I needed that what I was doing was wrong and shameful.

Years later, I started surreptitiously researching my symptoms and ultimately diagnosed myself with OCD. This diagnosis was confirmed when I was 18 by a doctor who prescribed a low-level antidepressant and sent me on my way. By this time, every day was a battle for survival (quite literally, as I suffered from a horrendous form of sensorimotor OCD), and I had come to think of myself as nothing more than someone with OCD. My condition had become my identity.

The World is Starting to Recognize the Importance of Empathy

Over the next few years, though, I began to notice something — more and more people were coming forward with their own stories of mental illness, and the topic of mental health was becoming increasingly visible in mainstream media. In the blink of an eye, it felt as though everyone had a diagnosis that they were happy to talk about in polite company. Magazines and social media were awash with confessionals from celebrities claiming to suffer from depression, OCD, bipolar disorder, or suicidal ideation.

I should have empathized, but I didn't. I felt like they were stepping on my turf — that their experiences were either trivial or fabricated in an attempt to capitalize on the new trend of mental health awareness. Every time someone I knew bravely shared with me that they were struggling with their mental health, I would sympathetically smile and hug them while thinking, "Pfft, that's nothing."

I look back on this time and feel deeply ashamed. But you see, my illness had been such a fundamental part of me for so many years that I didn't know who I was beyond it. I had cultivated it, protected it, and kept it a secret for so long that it felt almost like a secret child. It was my private thing. And now people everywhere were proudly claiming to have a "thing" of their own, and I felt that they hadn't earned it — they hadn't suffered for it as I had.

It was such a cruel irony. While the world had developed empathy for people like me, I had lost my ability to empathize.

Empathy Unites Us All in the War Against Mental Illness

Then one day, while I was complaining to my husband about someone who had confided in me about her "minor mood disorder" (as I saw it), he said this: "Everyone experiences things differently. If it's real to them, it's real."

Those words shook me to my core, and I instantly felt the guilt pour through me. After all, I had spent my life worrying about things that weren't "real," but they were real enough for me to occupy my thoughts 24 hours a day.

I realized why I was so resentful of people who wore their diagnoses like badges of honor — I was jealous. And instead of dealing with this, I chose to lash out and declare that their problems couldn't possibly be as bad as mine because if they were, they wouldn't be shouting about them. I didn't even consider the obstacles they had overcome and just assumed they'd "had it easy." I should have been applauding their strength — not scoffing at their audacity.

It has taken me a while to come to terms with this rather ugly aspect of my mental illness, but now, whenever people confide in me about their mental health, I remind myself of those words: "If it's real to them, it's real."

Has your mental illness affected your ability to empathize? I'd like to read your thoughts in the comments below.