How to Feel Productive During Depression 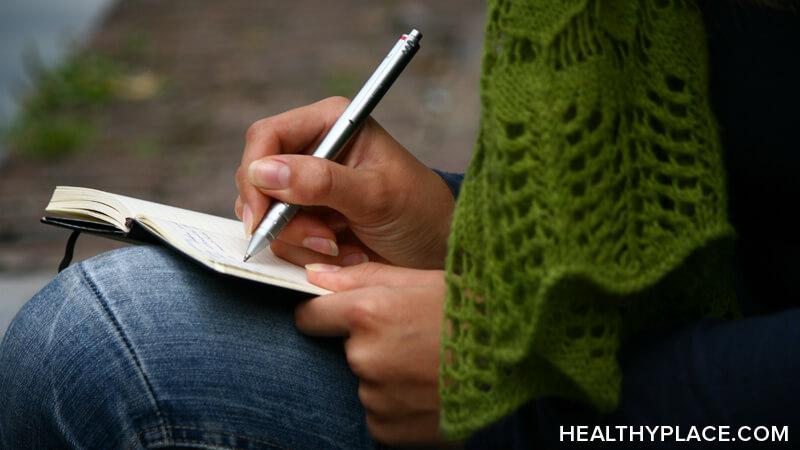 It's no secret that depression zaps your motivation to do, well, anything, and can drastically lower your productivity. The constant carousel of intrusive thoughts and worries can have a paralyzing effect — making it impossible to focus on anything beyond the most basic of tasks and making you feel like a failure. Fortunately, there is something you can do to help alleviate those feelings, and it involves reassessing what you think it means to be productive (with or without depression).

What Does It Mean to Be Productive with Depression?

The idea I had to be productive while depressed worsened my depression. When my mental health was at its worst, the days seemed both too long and too short. The hours I spent awake played like a bottle episode with no conclusion. I would sit in the same spot on the couch for hours replaying the same scenarios, acting out the same compulsions, wallowing in the same sense of shame and self-hatred. And yet, as night fell, I would realize that I hadn't "achieved" anything in those hours — not even a shower or a change of clothes. How had time escaped me so quickly when I wasn't "doing" anything? I felt like I was wasting my life and wasting the opportunity to be productive.

When I described these feelings to my therapist, her response was enlightening. She said I had been operating under the assumption that there was only one way to be productive, when, in fact, "productivity" is an entirely subjective concept. It is not about getting more things done, but getting the important things done, and what constitutes an "important" thing will vary from person to person. She advised that I adopt the "time, not tasks" approach to productivity: this meant focusing on the amount of time I had spent being productive rather than the number of tasks I had completed.

She asked me to draw up a list every morning of everything I wanted to achieve that day and to allocate a set amount of time to each of those things. So, instead of telling myself that I needed to organize my closet that day, I would allocate a set amount of time to organizing my closet and stop when that amount of time had expired, whether or not I had "completed" the task. That way, at the end of the day, I would be able to look at my list and say with confidence that I had done everything I intended to do. No single item would go unchecked, and I would go to bed feeling that I had spent my time that day productively, and in the knowledge that I could carry over any incomplete tasks to the next day's list and keep chipping away at them until I had finished them.

It might sound glib, but this new approach had a significant impact on my mental health. I no longer felt like a failure because I had empirical evidence every day of what I had achieved. And as I started to feel more stable, I began to set aside time for more ambitious tasks, like spending time outside, applying for jobs, or writing. Over time, it became easier to see that even on my lowest days, I could combat the feelings of failure and worthlessness by setting aside even 10 minutes to do something productive — be that taking a shower, walking the dog, or meditating.

You Can Achieve Great Things Despite Your Depression

The "time, not tasks" approach is something I practice to this day, and I would strongly advise anyone battling feelings of failure or lack of motivation to do the same. Doing something, anything productive during a depressive episode is a huge accomplishment and something we should celebrate. So, if all you managed to do today was spend 10 minutes reading or 20 minutes preparing a meal, you deserve praise. You have been productive, and we all know how hard that can be.

Do you worry about being productive when you're depressed? Share your thoughts in the comments.

Doomscrolling Can Cause Depression: Here's How You Can Stop
How Shame Damages Relationships