Depression Is Cliché, But Still a Legitimate Illness 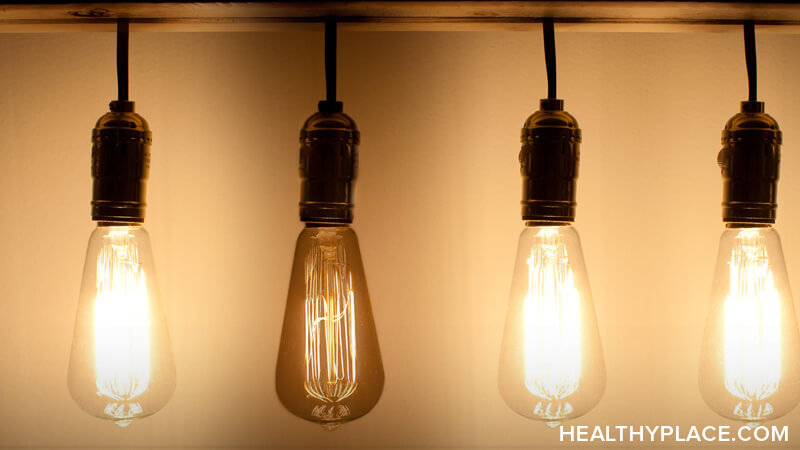 My experience with depression feels cliché, which means overused, lacking originality, or stereotypical. I've been increasingly frustrated by the dull redundancy of my depression and how irritatingly cliché depression generally seems, with the same old symptoms, assumptions, misunderstandings, and stigma struggles. I feel like I need to have new symptoms and fresh issues in order to maintain my depression's validity. But the frustrating reality is that depression doesn't just seem cliché, depression is cliché. There's nothing original about it.

Symptoms of depression are old hat. Withdrawal, anger, sorrow, exhaustion and the like have been known symptoms of depression for years. So every time I experience a repeat depression issue, I feel like a living, breathing cliché. Yep, I'm sad and sleepy again, same as last week. Yep, once again my mood is nearly impossible to regulate, same as the millions of other people with depression.

The villainous depression cliché for me is the stigma surrounding it. I handle the same misunderstandings, ignorance, and prodding questions over and over again. People are constantly assuming that depression simply means that a person is sad and tired, or that the best way to fight it is to just drink more water, do yoga, and eat better. The persistent ignorance surrounding depression is recycled from one assumption to the other, establishing an unbreakable stigma cliché.

Depression is Cliché, But It Doesn't Invalidate Our Experience

I spent time a few weeks ago mourning my depression's clichés. I told my partner how unfair it was that my experience, while unique to the generalized understanding of depression, consisted of the same old symptoms affecting me the same old way they affect others. He looked at me with amusement and said, "Yes, it's cliché. Why does that mean it's not important?"

Yes, depression is cliché. For everyone, depression feels like falling from a plane that's 20,000 feet up in the air while locked in a cage. That's certainly a unique circumstance, but uniqueness doesn't unlock the cage and help us stick the landing. Just like having a less cliché experience of depression doesn't make it go away. We're all still in that bloody cage.

Learn About Finding Validity in Depression

APA Reference
Verbeke, T. (2017, May 4). Depression Is Cliché, But Still a Legitimate Illness, HealthyPlace. Retrieved on 2022, October 5 from https://www.healthyplace.com/blogs/copingwithdepression/2017/05/depression-is-cliche-but-not-invalid

Apathy in Depression Is Challenging, Not Permanent
How to Emotionally Prepare for a Funeral When Depressed
Health First
May, 6 2017 at 5:13 am

thank your for the wonderful blog, good to know about useful details.