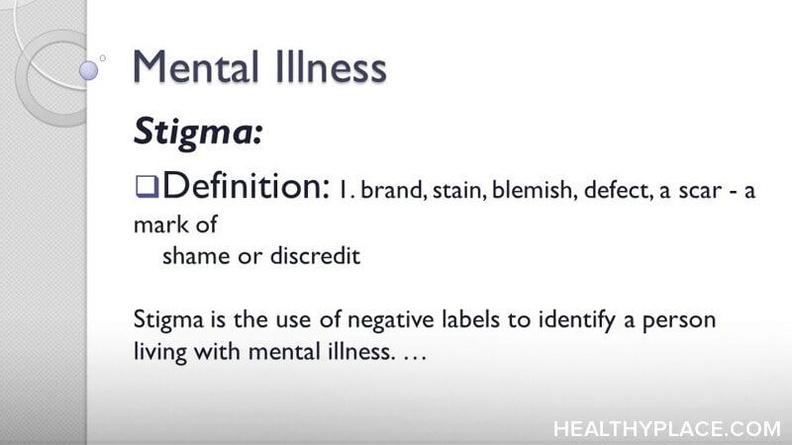 Do you use disablist language without realizing it? The language we use when discussing mental health matters because language can stigmatize people with mental illness. Words have the power to make someone feel included or excluded. Choice of language in a conversation about mental health can impact how accepted (or unaccepted) a person living with a mental illness feels. Let's explore disablist language and eliminate it from our vocabularies.

Disablist Language and Its Effects

By disablist language, I mean terms or words relating to disability, impairment or illness that are used to mock, insult or attach a negative attribute to a person or group. Simply put, disablism is the language used to perpetuate prejudice and stigma against people with disabilities. Long standing or recurrent mental illness can be considered an intellectual disability, so disablism includes stigma against people with depression and other mental health problems.

Here's an example of disablist language I recently encountered:

I was part of a discussion at a conference in which two charity workers openly discussed the proliferation of 'violent nutters' supposedly about to be let loose on British streets as a result of mental health service cuts. Because obviously, we're all the same, us mentally ill folks. As a person with depression, which is considered a mental illness, that language made me feel uncomfortable and excluded in a professional environment (How To Deal With Mental Health Stigma).

The example above is a fairly obvious and blatant example of what not to say when discussing depression and mental health. Most of us would agree that saying something derogatory like that about people with depression or other mental health conditions is not acceptable. We can clearly identify that as disablism.

Given the frequency of comments like that, I understand why some feel that a zero tolerance approach to disablist or discriminatory language relating to mental health is the best policy. Perhaps offenders should be called out or even shamed. 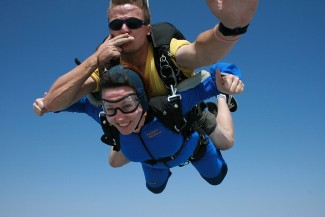 But the waters get murky when you get into more subtle language territory. There are so many potentially problematic words, terms and expressions in the English language that we use without thinking (Being Crazy vs Mental Illness).

Take the word crazy for example, and look at the following statements:

Now it's quiz time. Which statement(s) using the word crazy do you think are disablist?

Jot your answer down somewhere before watching the video, but no cheating.

Now watch the video for the answer.

The video will also explore more about the language we use to discuss mental health, how to define your own boundaries around what language you find acceptable or not, and how to challenge disablist comments constructively.

Decisions About Parenthood and Depression
Why Might Animals Help With Depression?
pediatric oncall
December, 11 2015 at 11:43 pm

yeah its amazing article and thank you for sharing information.Depression, essentially is a disorder of the mind, is a type of mood disorder where the person is sad, gloomy, does not enjoy habitually pleasurable activities or may complain of a flat mood

This free e-book was written to heal people. pre-order now and it's FREE!
Kozi Iyemo can't seem to get her life in order. She starts over by moving to a different planet hundreds of light-years away, only to discover that there’s no escape from the source of her problems: herself.
Broken, disillusioned, and on the brink of total collapse, a chance encounter with a mysterious foreigner plants the seeds of redemption, and leads her on a path to discover what it means to love and to forgive, and ultimately, to discover who she really is.
Edge of God - November 1, 2015
amzn.com/B016TSYNJA

The comments and the way how we discuss with anyone with mental disorder has got crucial impact on course and final prognosis of respective mental illness from settled person suffer. Therefore, it is important to be careful on own verbal and nonverbal expression toward person with any mental disorder. It is our attitude and world-out-look to mental illnesses and/or people with any mental difficulty, which one determine our language, both its content and its way of discharge, when we discuss with any person with any mental ill person. So, it ought to make effort to understand the real nature of mental disorder, as disturbance of functioning of our brain. Furthermore, it should to know the latest achievements of clinical psychiatry on appropriate treatment and management of mentally ill patients. These and many others possibilities of current mental health care system on successful healing of mental disorders are good prerequisite to get rid of the stigma on mental pathology, as primary impediment to humane and sensible psychiatric treatment of people with mental illnesses. I mean it ought to promote and affirm the importance of mental health service through elucidation the real performance of psychiatric healing of mental disorders everywhere and any time. That is to say the probabilities are near us and we must to use them in order to improve our speech with mentally ill people.