I use running to fight depression. When getting out of bed feels like a physical challenge, lacing up your running shoes and going for a jog is probably the last thing you want to do. I felt that way until I discovered just how powerful running can be to fight the symptoms of depression. 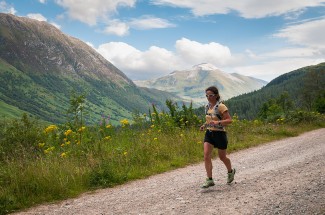 I got off to a very slow start. In the beginning, I ran down my block for the time it took my iPod to belt out a pop song, then walked for another song, maybe even two, before I could motivate myself to pick up the pace again. It was hard to thrust my body into motion, but I felt the slightest bit better after running for a few minutes, so I kept at it.

Eventually, I began to run whole miles at a time. I found that three miles was enough to give myself an emotional boost. If I was feeling anxious, sometimes I needed to run five miles for my thoughts to melt away until all I could focus on was putting one foot in front of the other. By the time I finished a long run, whatever had upset me suddenly seemed smaller and manageable.

It’s no secret that exercise releases endorphins, and as Elle Woods so aptly put in Legally Blonde, “endorphins make you happy.” Studies that associate physical activity with mental wellness are piling up, and some researchers believe that exercise can be as effective for depression as therapy or medication. That’s a big reason why running is in my arsenal of tips for coping with depression, but it’s by far the only one. Running definitely helps fight my depression.

Running also gives me a sense of accomplishment. It creates opportunities for hundreds of little victories that serve as an excellent antidote to the hopelessness I sometimes feel. Every run is an opportunity to set a personal record for myself, whether is the fastest pace, furthest distance, or even “best run of the week.”

There’s no doubt that running has made me stronger. I have defined calf muscles and seven half-marathon ribbons to show for the hundreds of miles I’ve run. But the real reward I get from running is the mental strength that enables me to defeat sadness, hopelessness, and anxiety. When my depression symptoms strike, I just need a playlist, sneakers, and the open road to get back on track.

Too Much Facebook Can Worsen Depression
The Importance of Seeking Help for Depression
John
October, 12 2015 at 6:06 pm

Exercise helps. When I hit rock bottom and depression kept settling in, I finally gave up running and had no desire for anything. Lately I started running again and I can see where it helps. Each week the running is getting better and anxiety and depression is lessened.

I find the days I don't exercise (which can add up if I don't beat the low), my mood dips. Exercise has brought my lows to an end on a given day. Great blog :)

I actually just quit my job, I have been depressed for a while ,I can usually talk my self out of it or pray..but I just feel lost , no motivation , and tired of people mistreating me. I hate getting up for work . I Finally did what I call standing up for myself and quit this job, but still feel bad.

If you're interested in living a healthy lifestyle, then some kind of aerobic exercise needs to be a part of it. If you have healthy knees, feet and ankles, then running is a great option to meet your aerobic needs. Running has all kinds of physical benefits for the human body, including lowering your blood pressure, fighting bone and muscle loss and helping you drop a few pounds.